Hospitals around the world are ramping up activity, hiring extra staff and scrambling to get their hands on Personal Protective Equipment (PPE) and other resources. If they are not already facing overwhelming numbers of COVID-19 patients, they are preparing for a surge of cases in the coming weeks.

Last week, however, Ruben Health Centre, which serves over 350,000 people living in Mukuru Kwa Reuben, Nairobi (also known as the Mukuru community or Ruben Slum), notified the Kenyan Ministry of Health that they would not be opening for general medical care. Only maternity services and the Comprehensive Clinic, which treats HIV patients, would operate throughout the week

The Health Centre received its first positive case of COVID-19 on March 23. The patient was transported to the government treatment facility, but due to a lack of PPE, two staff members were exposed to possible infection.

Ruben Health Centre manager Zipporah Mwangi says this incident prompted the clinic to take the “drastic decision” to close its doors, allowing time for them to strategise and prepare for a possible outbreak in the community.

“When we are closed, it means the community is really struggling on where to get these health care services. But it is a decision that had to be taken, of course, because we are also looking at our ‘frontliners’, and we really want to keep them safe,” Mwangi says. “Remember if our frontline workers are exposed, it means then that we can also be a source of infection moving into the community.”

The Ruben Centre is a not-for-profit charity run by the Christian Brothers, a Catholic Institute whose mission is to “dedicate their lives to the service of others”. Along with the Health Centre, the organization also provides community development initiatives, such as vocational training programs, disability advocacy and services, and social and economic empowerment programs such as micro-financing to support start-up businesses, and the Wangu Kanja program for stopping sexual and gender-based violence. The Centre complex also hosts the Ruben public primary school, and provides extra staff, a library and program support to allow for the free education of almost 3000 children in the community. 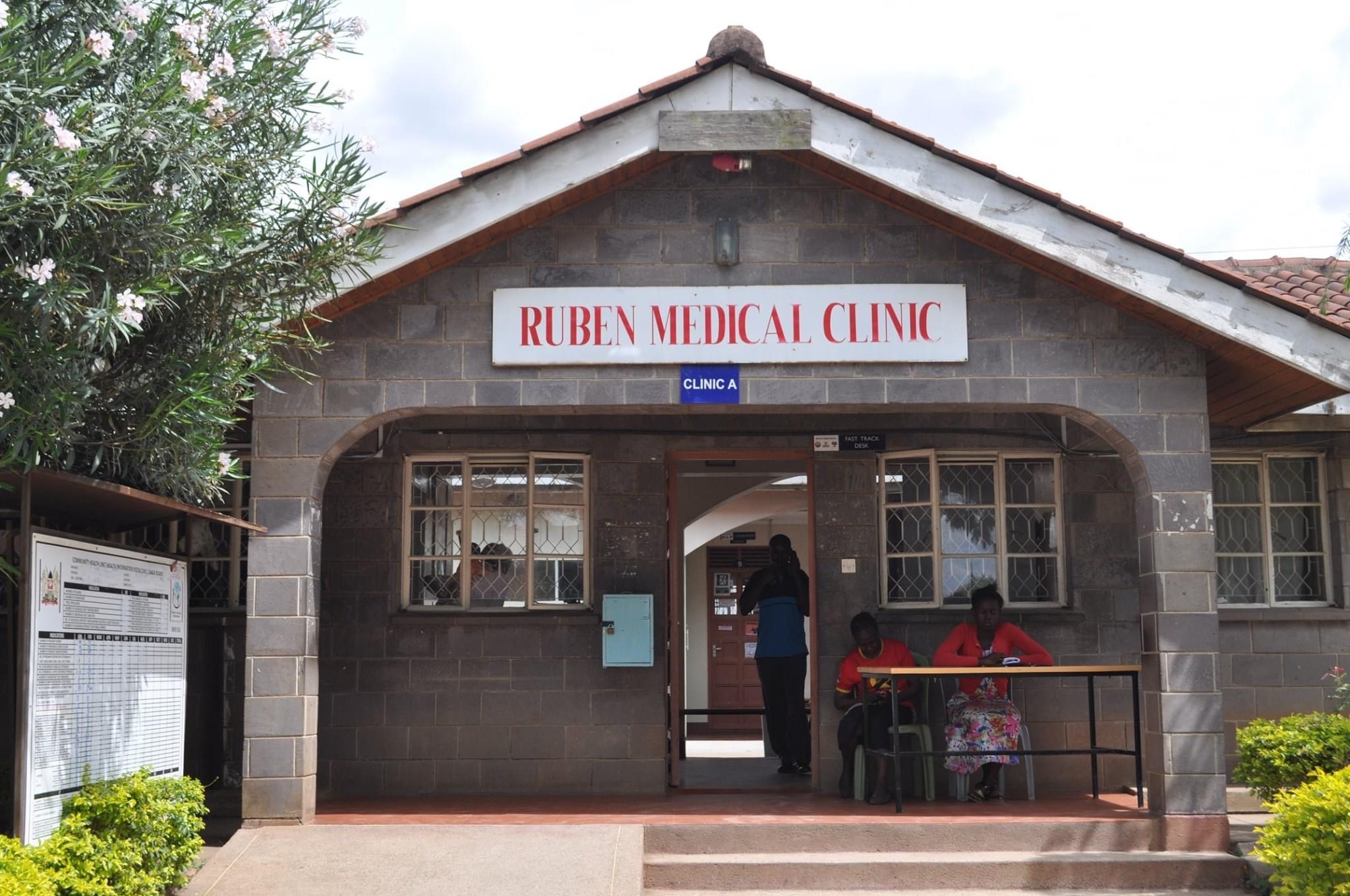 The Centre notified the Ministry of Health of the clinic’s closure, hoping the decision would prompt an increase in resources such as PPE, which Mwangi says the clinic have found highly difficult to attain in the pandemic due to high costs and low supply.

On a regular day, the Health Centre would serve an average of 250 people across areas such as maternity and antenatal care, outpatient services and child immunisation clinics.

“We don’t want 100 per cent support, because again we know they are also overstretched to the limit. But if they can get us some PPE we would be more than happy to come back and offer our services.”

So far the only support the government has provided Ruben Centre is two health care workers for a duration of two weeks. The Centre has now contracted unemployed women in the community to sew masks.

Since the virus reached Kenya in mid-March, the Kenyan Government has reportedly spent over $19 million (AUD) on the emergency response, part of a $50 million loan from the World Bank. This includes almost $60,000 spent on “tea and snacks” for teams involved in combating COVID-19.

“And yet they’re spending [millions of] shillings a day. It beats logic. People want answers.”

The Health Centre reopened on Monday, with a triage system including a public health worker at the gates checking temperatures and providing hand sanitiser.

Mwangi says the two exposed staff self-isolated for 14 days in spare facilities at the Centre, but the capacity to provide this will be stretched if more staff are infected.

“Most of the staff that work for us come from our [own Mukuru] community. We give them an opportunity because they are qualified, so we also absorb them as a way of giving back to the community. So the majority of our staff are still living in the slums,” Mwangi says. “Whenever you tell them to do a self-quarantine at their homes, it is next to impossible.”

Indeed, most people in the Mukuru community live in 10 by 10 feet shacks made from corrugated iron. On average around five to seven people live in each of these houses.

Ruben’s advocacy and networking coordinator Margy Kariuki is a former student of the Ruben Centre’s primary school. She now lives outside the slum but walks into work each day to avoid the traffic and high levels of human contact on the local public transport.

“These people don’t have the luxury of going ‘we have an extra bedroom where the mother can go’ or that sort of thing,” Kariuki says, “Even when you’re walking around, Mukuru is crowded and no one [can] consider social distancing because the crowd and the population is too high.”

The slum was born in Nairobi’s industrial district in the 1980s after people began building makeshift homes near the factories in which they worked. Now, Kariuki says most of these factories have closed due to the pandemic, and there is nothing to stop landlords evicting those unable to pay rent.

“There are no casual jobs for [people], so that means they are not getting the 300 shillings ($4.35) which they get every day to pay for food. And then most again rely on small scale businesses, small shops, small groceries which right now are affected. So that simply means that most of them don’t have enough or even [money for] rent,” she says.

“It’s been three weeks [of lockdown], and people are already desperate. Right now we have crowds of people demanding we need to give them food […]. To feed families of five to seven people, we don’t have enough resources to do that.”

“And we have cases of people walking into the Centre, mostly women, crying ‘I don’t have a job, I’m a single mother, I have five children, how do I feed them? You people have to help me’.”

Charity organisations are occasionally delivering trucks of food into the community, but this is rationed out to only the most desperate families. In the nearby Kibera slum, one such distribution led to a stampede injuring many people, as thousands ran to fight over the limited food supply.

Little is budgeted by Ruben for welfare such as food handouts, as most donors support the Centre for their community development initiatives. Much of the Centre’s operational costs are covered by fundraising initiatives such as the Melbourne-based 500 Supporters’ Group, which raises funds at biannual luncheons at the MCG. These fundraising events have now been cancelled or shifted online in a limited capacity, due to Australia’s lockdown restrictions.

Kenya’s own virus prevention measures are another worry for desperate locals.

The Government implemented a dusk-to-dawn curfew on March 27, in an effort to prevent non-essential gatherings. This has been violently enforced, with reports of Nairobi police whipping, kicking, shooting or extorting money from people in the streets before arresting them for breaking curfew or not wearing a mask.

Police killed at least 12 people during the first two weeks of the curfew. A 13-year-old in Nairobi was shot and killed by police while standing on his third-floor balcony at midnight on March 31.

Those caught breaking the curfew or not wearing a mask are fined and then sent to quarantine facilities at their own cost, as are those returning to Kenya from other countries, and those suspected of having been exposed.

At between $30 to $155 a night, the costs of a mandated 14-day stay could prove devastating for a family in Mukuru struggling already to afford food, and on a daily wage of less than $5 at the best of times.

An inability to pay, along with unbearable conditions, are reported to have prompted the escape of over 50 people from an isolation centre in April. Social distancing is virtually impossible in these facilities, described by Gregory Barake as “small prisons”.

“People are scared of quarantine more than COVID-19, because if you’re taken there you will be mistreated […] The quarantine facility is the same place where infected and suspected cases are [being held],” Barake says.|“It’s a hot mess. And they’re saying that Africa is not even close to reaching its peak.”

NOTE: The Kenyan Ministry of Health was asked for comment, but did not respond.