Are we beyond forgiveness?

A good man did a bad thing.

How much should one person, one who is loved and respected by his peers and has never put a foot wrong, pay for one mistake? Until this incident, he was a Brownlow contender.

On the 5th August 2018, Andrew Gaff, a senior AFL player of the West Coast Eagles “king hit” 18-year-old Fremantle Dockers rookie, Andrew Brayshaw during the game breakinghis jaw. Brayshaw will spend the next month sucking food from a straw. He may even lose some teeth.

The “mob mentality” of the public outrage seemed to turn a blind eye to the notion that Gaff made a mistake. The Australian public were after blood and wanted an example to be made.

Gaff received a substantial 8-week ban.  However, the shaming and discrediting continued to grow, despite Gaff’s reputationbeing in tatters. The public werebraying for more.

It was a Channel Seven interview, some five days after the incident, where forgiveness was granted. However, it was not from commentators or fans. It was from Brayshaw himself:”The action itself … it’s horrific, but the person that Andrew Gaff is, I forgive him and I’m not going to hold a grudge against him as a person,” Brayshaw told Channel Seven.

“It takes a lifetime to build a good reputation, but you can lose it in a minute,” said American actor and newspaper columnist Will Rogers. Not holding a grudge and moving on is a lesson fansneed to embrace.

A mistake was made.

If Brayshaw can forgive, then it is time for the Australian public to do so as well. 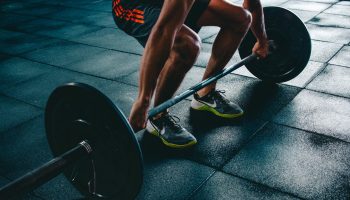 Get involved in Monash Sport! 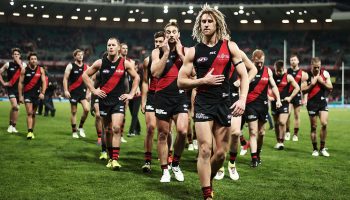