“Whatever we wear, wherever we go; yes means yes, and no means no”.

This is what was chanted from the Victoria State Library on Swanston St at 1.30pm today when the Women’s March kicked off.

It was originally planned that there would be a separate Anti-Trump rally in the city today, as well as a Women’s March. But when the organisers of the Anti-Trump rally realised they were on the same day, the two organising groups joined forces because we are “stronger together”. But both groups had the same idea in mind – in timing with Trump’s inauguration, groups in almost every major city in the world showed solidarity with the Women’s March on Washington, D.C. by having a Women’s March of their own. It was to prove that there is a global resistance against Trump, and that women will not be silenced in public life by their male counterparts. Despite the name however, many men showed up to the march as well, encouraging the women to chant as loud as they could, to prove that they too stand in solidarity with every person who is further marginalised by Trump’s presidency and that they are joining the global resistance against the far Right.

It was called the Women’s March because it is recognised that Trump’s presidency will disproportionately affect women and to resist the norm women traditionally participate less in public life. The overwhelming majority of protesters were young women. However the presence of older women and young children was valued and it showed this wasn’t like other protests and rallies in the city, which are generally taken over by university students. It proved that this was a cause everyone was getting around, from all ages, genders, and cultural backgrounds. People even held signs saying “left or right, we recognise what is wrong” – showing that not everyone was part of the radical Left. It broke traditional boundaries that usually segregate groups, as people stood united with one mission in mind: to create a global resistance against Trump.

By the time we got to the State Library, people were chanting “Hey hey! Ho ho! Donald Trump has got to go!” While many people see protests of nothing short of a nuisance to traffic, arguably, the same cannot be said about this one. The march included thousands of people from all backgrounds and the message could not have been delivered louder.

The National Union of Students had a strong presence in both Melbourne and Sydney, foreshadowing the expected large turnout for the National Day of Action on March 22nd to “Make Education Free Again”.

It seems as if Australians, particularly university students, will not be silenced by the slow take-over of the far Right all over the globe. As public services such as healthcare, transport and education are slowly but surely dismantled and given to the private sector, it appears that the need to fight back is incredibly large.

Jackie: The Biopic We’ve Been Waiting For 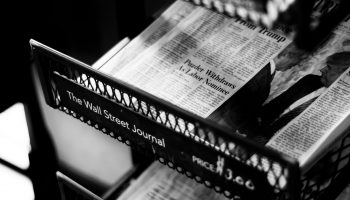 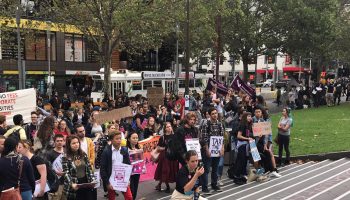