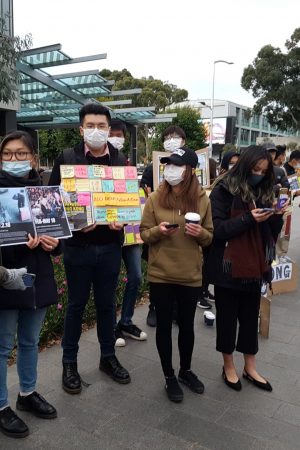 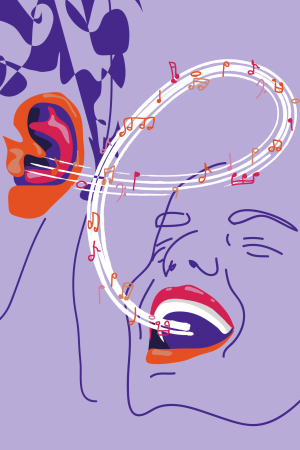 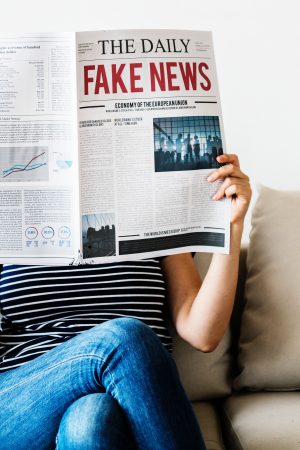 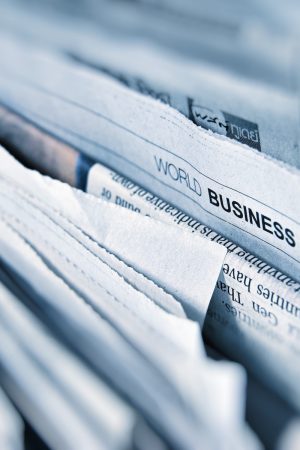 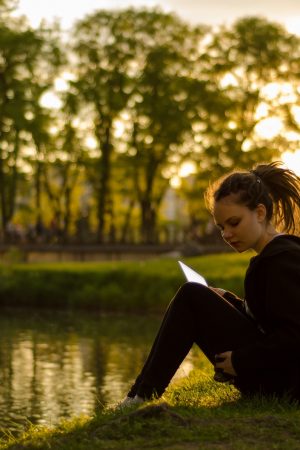 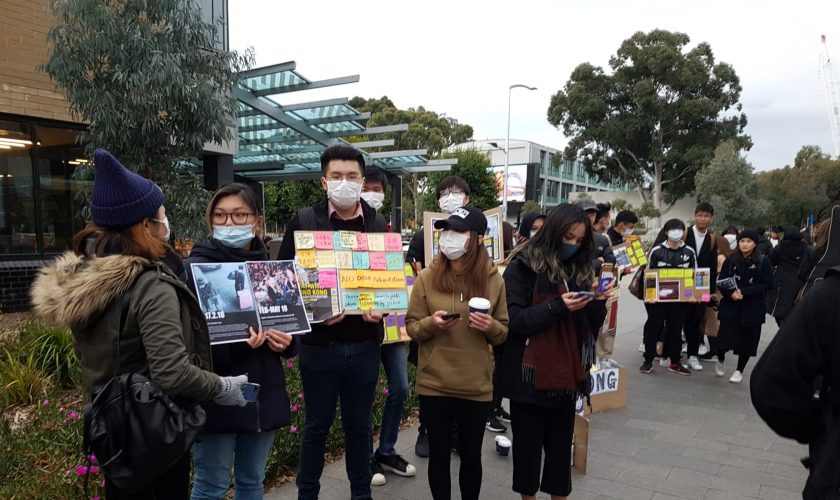 Tensions simmered as pro-Beijing activists mounted a counter-demonstration and tried to break up a pro-democracy student demonstration at Clayton Campus today. By late afternoon, approximately 40-50 Monash students had gathered on the walkway between the Religious Centre and Guzman y Gomez to protest the recent attempted extradition bill in Hong Kong. Members of the pro-democracy group stated they had been protesting at various locations across campus since 11:30am, and were being followed by a smaller pro-Beijing student group. Protests have reached fever pitch in Hong Kong yesterday as tens of thousands filled Hong Kong’s streets for the fifth consecutive day,
Read more
Campus 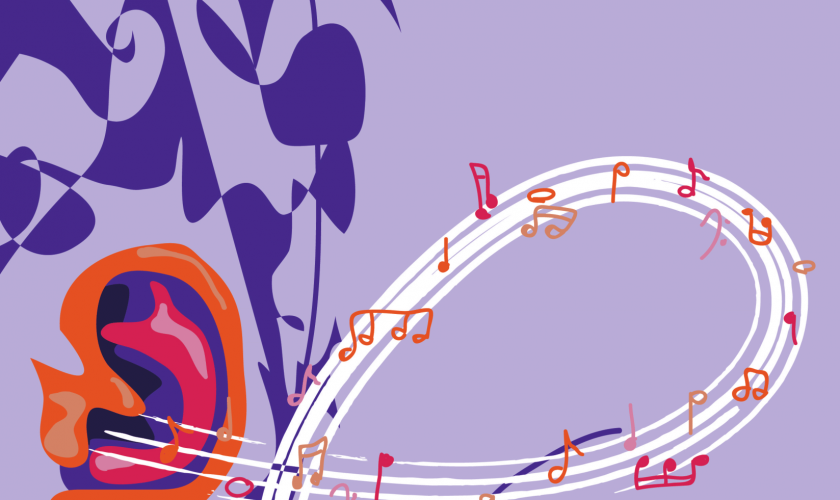 Last year, there were cuts to the arts faculty. Staff were laid off, contact hours decreased, class sizes increased, and learning content was moved online. The dramatic changes were obvious to everyone; and thanks to the public posters, meetings and protests on campus throughout the year - difficult to ignore. Quietly, the cuts made their way into the halls of the loudest faculty on campus, the music school. This is where I study Classical Composition. During October last year, near the end of the second semester, students in the Classical Composition stream and the Creative Music Technology stream were notified
Read more
News 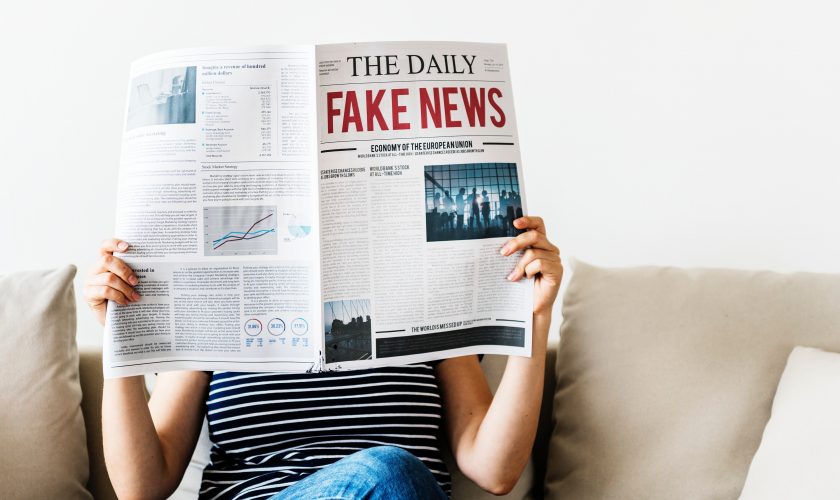 Fake news is not a new phenomenon. Inaccurate or partial truths have been spread in the media for hundreds of years, be that propaganda or overtly biased news. Yet, fake news distributed online continues to cause problems in social and political realms. As we saw during the 2016 American presidential election, fake news content can influence citizens’ opinions and alter their behaviour.   Gunther, Beck, and Nisbet from Ohio State University conducted a study in 2016-2017 observing the influence and impact fake news had on the decisions of voters during the American election. They concluded that fake news “most likely did
Read more
News

The ABC, whether you like it or not, is a pillar in Australian society.   Yes, times are tough, the ABC does not make as much money as it once did.   However, it is a government-funded network which allows for it to report independently from commercial interests.   Many branches of government absolutely despise the ABC, because they do what they do best, hold government departments and organisations accountable for their actions.   The ABC published that the Indian company Adani was planning on building what would have been the biggest coal mine in the southern hemisphere, to which the Resources and Northern
Read more
News 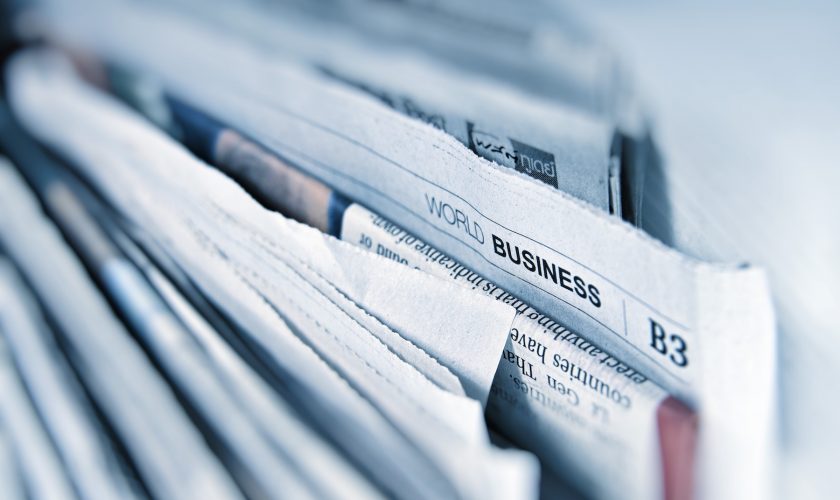 As an international relations and politics student, I picked up the habit of reading my daily copy of The Age to keep up with current events. I’ve always been a bit of a news snob, snubbing the Herald Sun for their biased articles, and paper selling attitude. The Age was perceived to me, to be the raw news, and the only paper in Melbourne that I could be sure would give me all the unbiased facts.  I was wrong. Papers need to sell. Papers need readers. Papers need an audience. This makes The Age no better than the Herald Sun. It is nigh impossible
Read more
Student 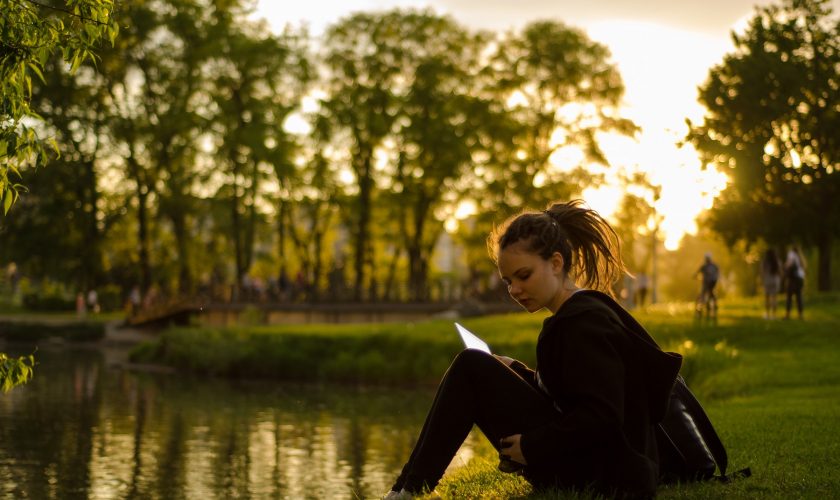 Dear Professor,    I write in reply to your email regarding your policy to not release lecture recordings for this unit or to not allow the use of laptops to take notes during your lectures. While you argue that both these policies ensure a heightened learning experience for your students, it is my argument that your policies are in fact detrimental to your students’ learning.    Students these days work to eat. Government payments that low-income students receive are not enough. Without a part-time job to fill the gap, a choice is made between paying the bills and eating. An article
Read more
Student 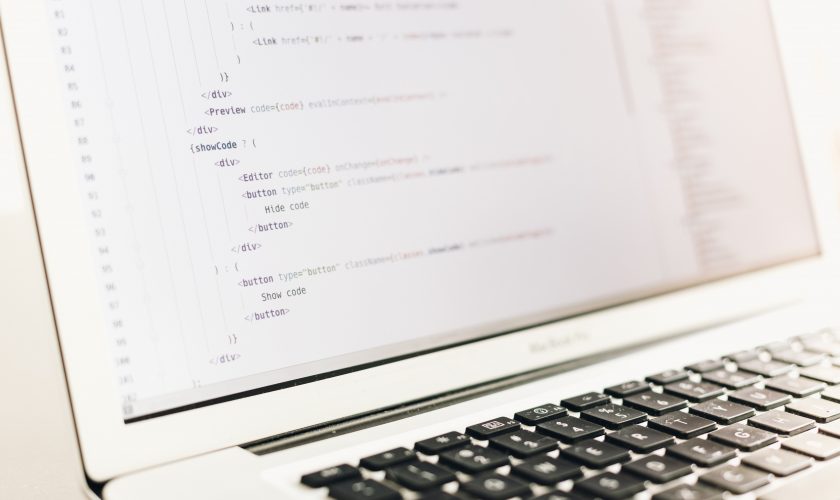 Attention all students! eExams are now being rolled out at Monash University! Streamlined marking procedures, faster return of exams, and comfortable digital technology – all for your benefit! What a wonderful world we live in and a wonderful university Monash University is!    What was that? Yes, you did not hear wrong. Monash has just launched its first trial for computerised exams. With lectures now available electronically and torrented eBooks perpetuating the genocide of hardcopy textbooks, it was only a matter of time before online exams became a reality. Who still uses paper to take down lecture notes anyway?    So, how
Read more
CampusNewsStudentStudent Affairs

The “24-hour” Learning and Teaching Building (LTB): A Monash Tragedy 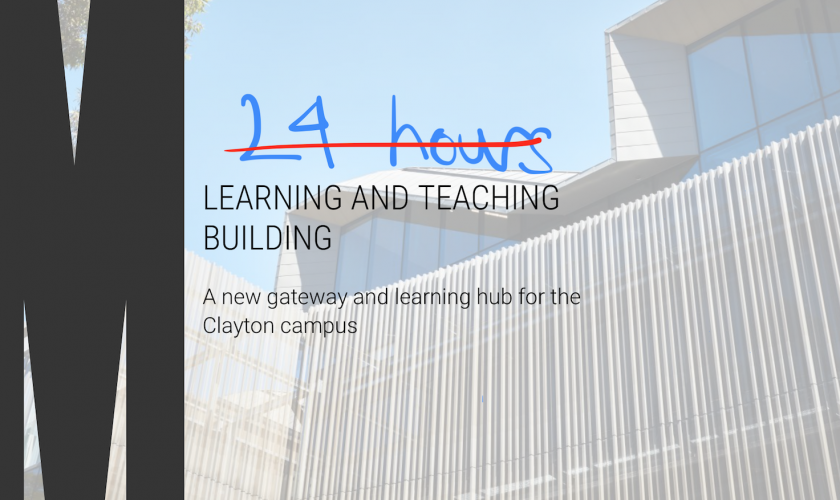 The science students must be chortling in their legitimate 24-hour lounge. Announced as 24 hours, it was too good too be true. Read on how too many students found out that the new LTB wasn't exactly open all day every day.
Read more
Analysis 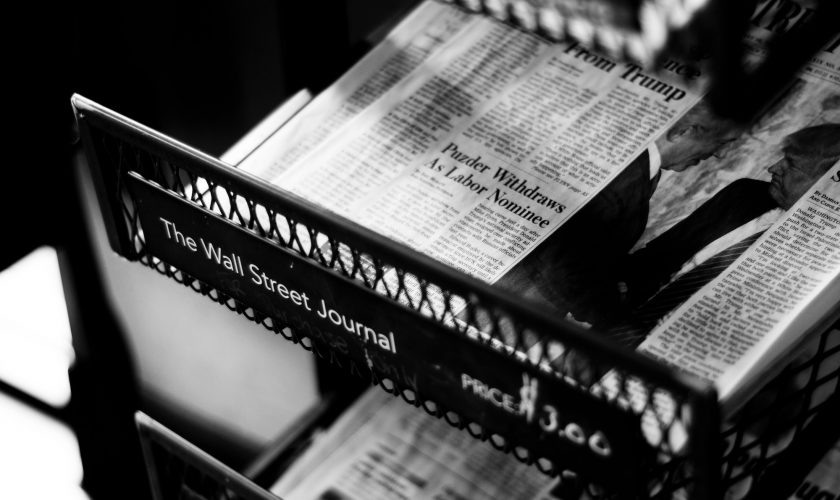 “Fake news” seems to be one of Trump’s favourite buzzwords of his presidency, with him primarily using the term to dismiss media that paints him in a bad light. But is “fake news” just a figment of Trump’s imagination, or is he on to something?    Turn on your TV, scroll down your Facebook newsfeed, open up snapchat and you will find everything from the latest news about the newest alleged Kardashian pregnancy or the current sexual assault scandal rocking Hollywood. Every day, we are bombarded with articles, tabloids, and updates about current events - all that for the most part,
Read more
Analysis 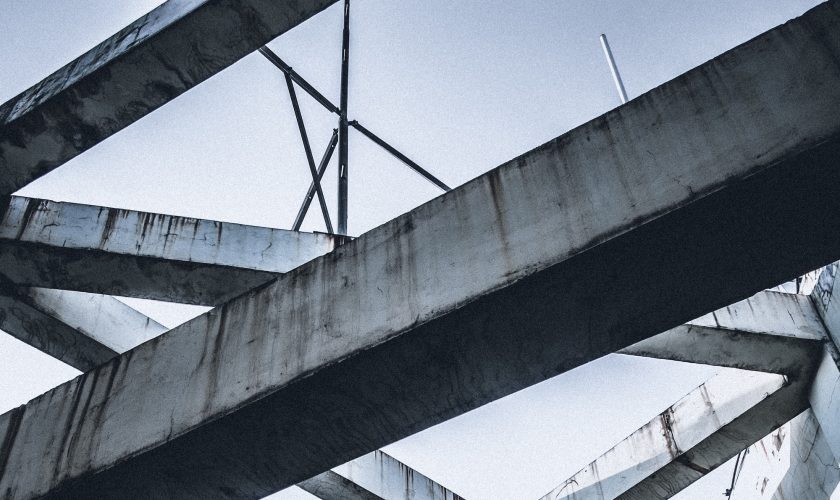 Terrorism is the physical, and often violent, expression of extremist political ideologies. This is present in both left and right wing politics (the Weather Underground and Anders Behring Breivik respectively), nationalism (Liberation Tigers of Tamil Eelam (LTTE)), and religion (the Army of God or al-Qaeda)*. The rise of extremist ideology is a trend which surpasses continents, language, race, and culture.  Currently, one of the most talked about groups is the Islamic State of Iraq and Syria (ISIS, also known as ISIL, IS, or Daesh). ISIS rose through al-Qaeda’s wake and began headlining in 2014. They were established long before that,
Read more
News 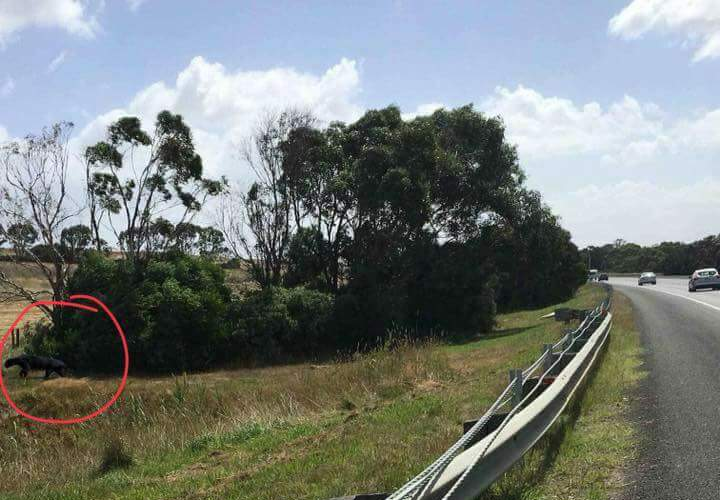 The hunt for a fabled panther and the “fake news” surrounding it: It all started with a seemingly innocuous Facebook post. Douglas Chapman, a well-meaning, lonely, and argumentative retiree of Rosebud had taken to the ‘Southern Mornington Peninsula Noticeboard’ to vent his frustration with the new roadside safety barriers running alongside the Mornington Peninsula Freeway. “Never have I seen such a lacklustre effort for road safety,” he complained. Those “freeway noodles” wouldn’t save anybody, they are “looser than my bingo wings”. And a few people agreed that he had a point; a boring and pernickety point that would soon be
Read more
Analysis 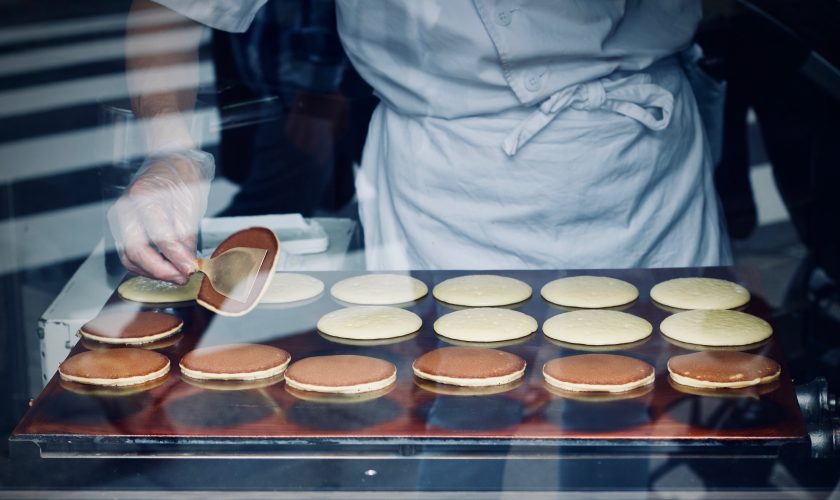 Crêpes for Change is a flourishing social enterprise in Victoria, riding the wave of success that this business model is currently experiencing. It was founded by Monash student Dan Poole back in 2015 and was the first non-profit commercial food truck in Australia.  It reinvests 100 per cent of its proceeds towards eliminating youth homelessness. It has grown since its humble beginnings and now serves French style crêpes at over 170 events a year around Melbourne.   Crêpes for Change has also expanded into two more enterprises. The Coffee Cart Changing Lives at RMIT University and co-owns a micro café called
Read more
load more