Tensions simmered as pro-Beijing activists mounted a counter-demonstration and tried to break up a pro-democracy student demonstration at Clayton Campus today.

By late afternoon, approximately 40-50 Monash students had gathered on the walkway between the Religious Centre and Guzman y Gomez to protest the recent attempted extradition bill in Hong Kong.

Members of the pro-democracy group stated they had been protesting at various locations across campus since 11:30am, and were being followed by a smaller pro-Beijing student group.

The protest was first brought to the attention of many students when a video of the protest was posted online on Monash StalkerSpace at approximately 4:00pm.

Soon afterwards, security requested the groups move on from the area. 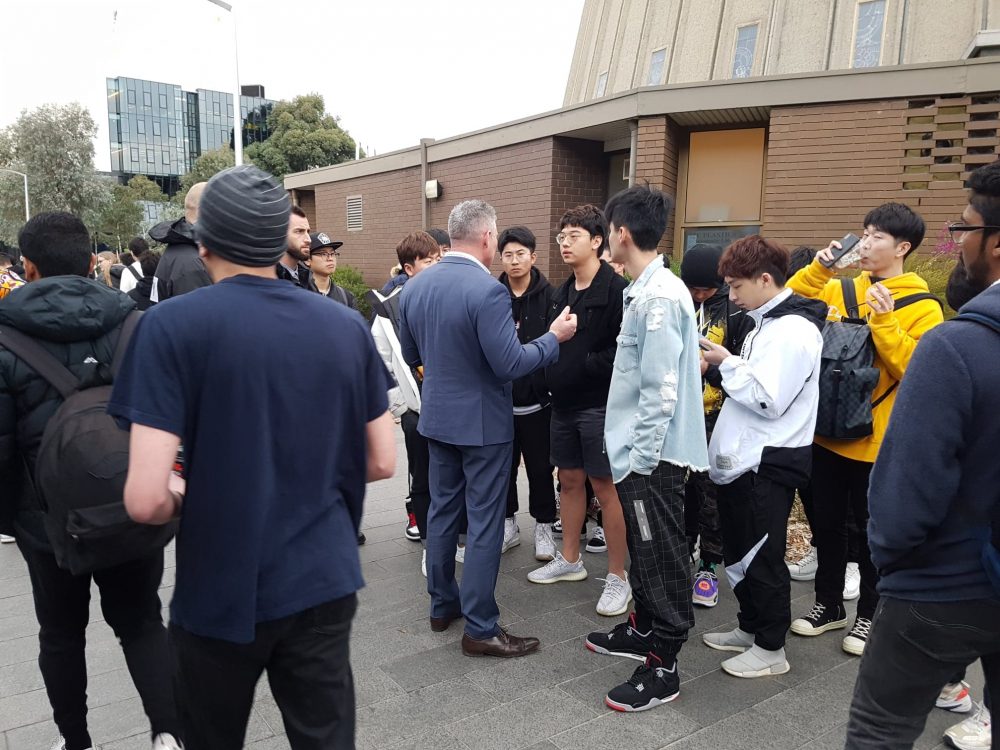 The pro-democracy group had made posters and pamphlets which included references to the proposed amendment to Hong Kong extradition law, the jailing of leaders from the 2014 Umbrella Movement, and alleged kidnapping of five Hong Kong booksellers in 2015 who were critical of the People’s Republic of China (PRC) government.

The leader of the pro-democracy group, identified only as Steve, said around 90 per cent of his group are international students hailing from Hong Kong who are upset at the repeated attempts by China to erode Hong Kong’s democracy.

There were a mix of men and women and at least one university staff member standing in support of the democracy rally.

The pro-Beijing student group appeared to be exclusively young men.

The protest did not reach the violent levels of the recent clashes at the University of Queensland, but pro-democracy protestors said the pro-Beijing students had been playing the PRC national anthem and yelling, earlier in the day.

When asked for a comment, the pro-Beijing group said they were angry at the Hong Kong students because they did not respect China, and that their country is “the most important”.

Both groups left campus at around 5pm when Monash security arrived to move people along.