This piece and artwork were first published in Lot’s Wife Edition 5, 2021.

In recent months, extreme weather events have ripped through the Northern Hemisphere. The United States, Canada and Siberia have seen deadly heat waves and subsequent wildfires. Turkey and Greece are the latest nations to join this list. There were also fatal floods in Germany and China, while landslides took lives in Bangladesh and India, and Iran is suffering a severe drought.

All over the world people are dying from extreme weather events that are exacerbated by climate change. The natural rhythms of the Earth have been disrupted by environmental destruction, in particular the extraction and use of fossil fuels. The Intergovernmental Panel on Climate Change released a new report confirming that we will reach 1.5 degrees of warming within the next 20 years and possibly by 2028 in the worst-case scenario.

The climate crisis is not a concern for the future, it is already here.

In recent years the climate movement has taken up the slogan ‘system change not climate change’, but what system are we referring to? The system that causes this fatal destruction of our planet, where power over what is produced lies in the hands of a small, unelected minority whose only interest is holding onto this control over production in any way possible.

Ordinary working people have no say in what is produced or whether the environment is devastated in order to produce it. Yet governments and corporations try to blame individuals for their consumer choices, with companies like oil and gas giant BP inventing the concept of the personal carbon footprint with the sole purpose of shifting blame from their actions to those of individuals.

While they try to blame us, a mere 20 companies produce a third of all global emissions and another 20 produce 55% of the world’s plastic. Corporations dare to promote individual action, asking consumers how they will personally address climate change. To challenge this, we’ll need a movement that reminds corporations that the fight against climate change is a fight against them.

Businesses continue this destruction with the persistent backing of governments around the world. A recent report by BloombergNEF showed that altogether, the G20 nations have spent US$3.3 trillion on fossil fuel subsidies since 2015. With that amount of money, they could have ended world hunger 110 times over, but there is no profit in that. Since 2015, Australia’s fossil fuel subsidies alone have increased by 48%.

We cannot look to any politicians to solve this. Even the Labor Party has expressed strident and unequivocal support for coal exports past 2050. When Labor resources spokesperson Madeleine King was asked if the party backs the coal sector, she replied with a shameful “You bet it does”.

Students cannot just accept that these are the priorities of our leaders. We have to fight against them, to protest and demand that human lives are put before profit.

The capitalists, the executives and business owners, are undoubtedly to blame for this climate crisis, but can they contribute to solving it? In a time where ordinary people are putting pressure on businesses to take action, many are responding by green-washing their brands with ‘green’ technology. While new technology will be necessary in combating climate change, corporations are only motivated by profits. This means that any advancements in technology and climate science are limited by what will be profitable and what will be too expensive to bother with.

Alongside green-washed technology, companies are looking to carbon offsetting, particularly through planting trees, to excuse their emissions output. But there is not enough space on the planet to plant the number of trees needed to balance the carbon output of corporations around the world. These ‘solutions’ function to allow them to defend the fossil fuel production that brings in billions in profits.

If we cannot rely on politicians or ‘market solutions’, how do we achieve change? As students, we do not have the monetary influence that corporations hold, so we cannot lobby or negotiate with governments. When companies are responsible for almost every ounce of damage to the environment, we also cannot rely on individual actions to create change. ‘Ethical switches’ are irrelevant in a world where company executives are producing billions of tonnes in fossil fuel emissions a year.

However, students have immense power in organised activism. By taking to the streets and disrupting the structures of power, students have successfully challenged the system over and over again throughout history. In the civil rights, anti-Vietnam war, and LGBTQ rights movements, to name a few.

Crucial to the success of this campaign was the consistency of controversial protest and action, alongside determined organising within student unions. Persisting through the attacks on the protests by Liberal politicians and the media was essential to building support among a broad range of students and showing them that these budget cuts did not have to be taken lying down. Throughout the campaign, Liberal ministers were also regularly hounded when making campus appearances. This kind of bold campaign put serious pressure on the Labor Party and independents to express opposition and vote against the budget.

The campaign also saw a turnaround in public opinion where fee deregulation was initially one of the least understood and least opposed budget proposals, but eventually became one of the most opposed, second only to hospital funding cuts. Creating a crisis that could not be ignored was vital to the eventual success that saw the proposals scrapped. This case proved that protesting is not only capable of bringing change, but is the best way to do so.

During the 2019 bushfire crisis, tens of thousands showed up in the streets, angry at the Morrison government for their inaction during the disaster. From 2018 to 2020, climate strikes saw hundreds of thousands of students rallying in the streets against governments and businesses committed to destroying the planet. Making this a global movement is crucial. Students can play a decisive role in this, particularly in building movements from the ground up at our own campuses.

We can and should continue to make demands on our governments, but we cannot do it as individuals, and we cannot do it by asking nicely. The power we have as students to force change from our governments lies in our ability to mobilise in the streets, to disrupt their systems and build a movement they cannot ignore.

At Monash, the Monash Students for Climate Justice (MSCJ) are committed to an anti-capitalist approach to fighting climate change. We need activists who are dedicated to fighting the institutions that benefit from climate destruction. Activists who will campaign, organise, and take to the streets are essential to building a movement that can win the fight against the climate crisis.

MSCJ meets every week on Wednesday at 2pm in H2, or on Zoom during lockdowns. If you want to fight for climate action, join us at the weekly organising meetings and check out the Monash Students for Climate Justice Facebook page. 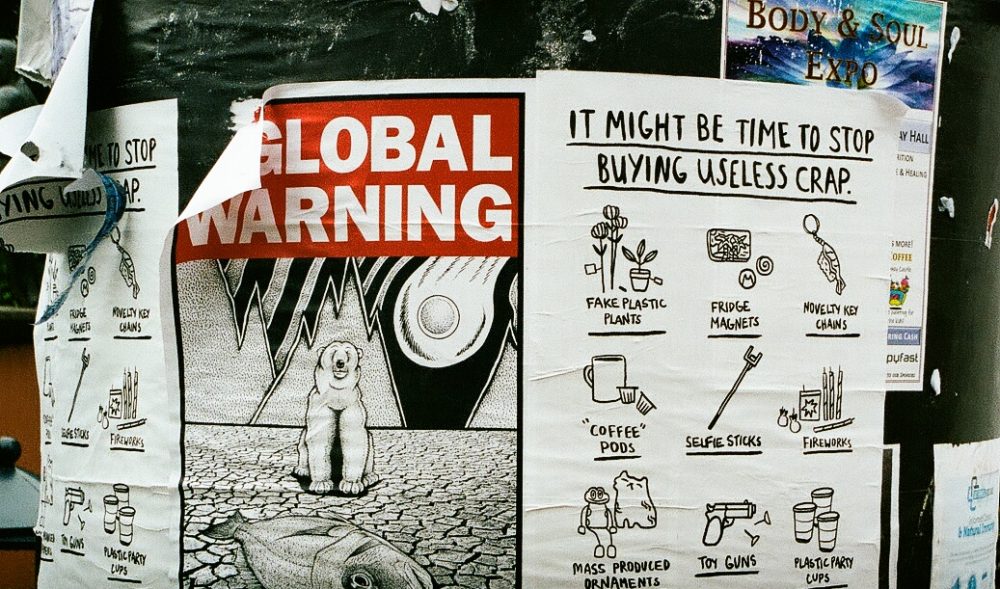