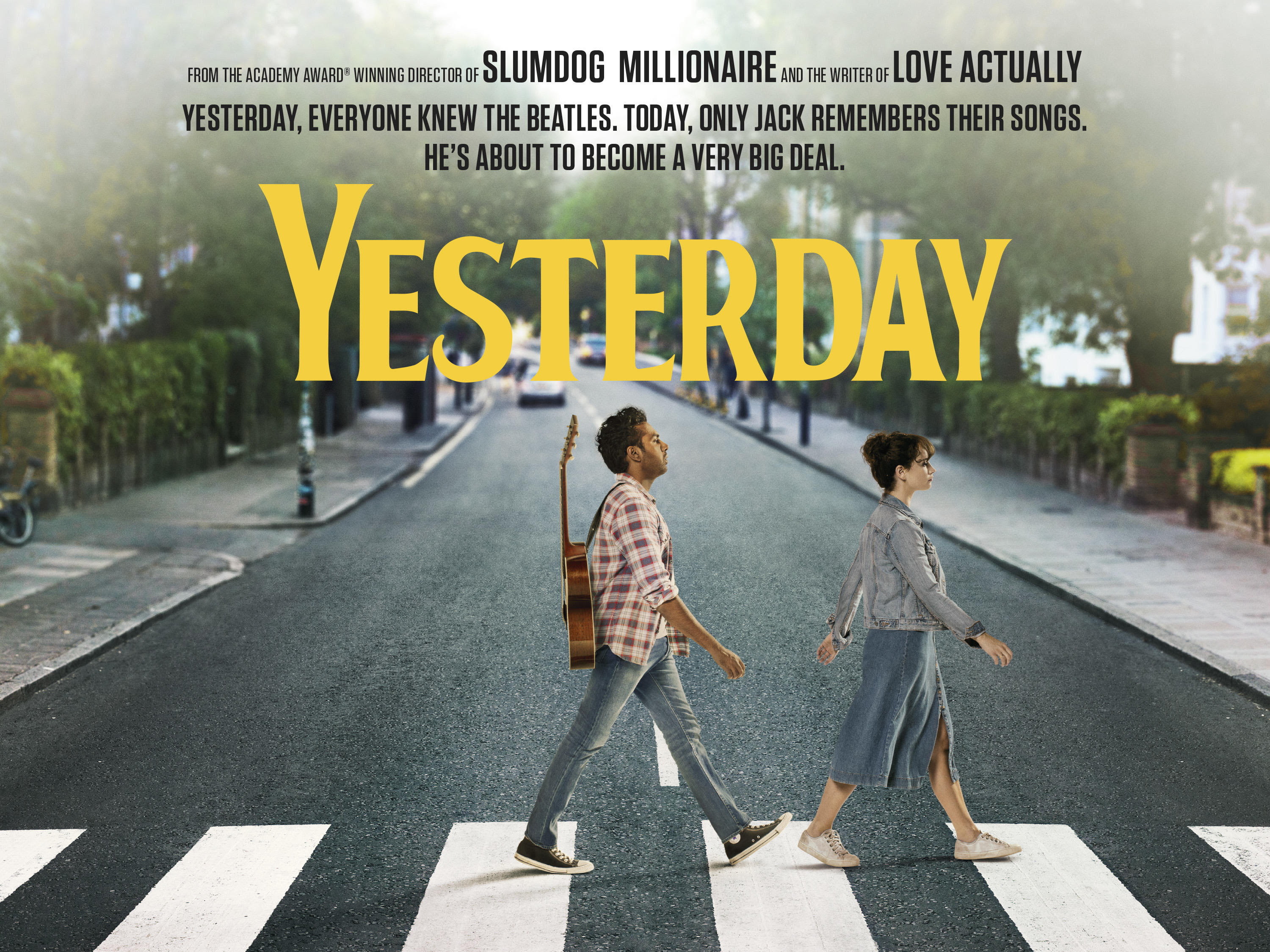 The premise of Yesterday is one of those ‘what if’ questions. What if tomorrow you woke up and your favourite, world-renowned band did not exist? What would you do? In the case of Yesterday, through a random cosmic event, that band is The Beatles. It is the universal recognition of the songwriting greatness of The Beatles that really drives the story of this film.

Himesh Patel, in his breakout role, is superb as the main character Jack Malick, an unsuccessful singer-songwriter. When The Beatles and a few other giant pop culture references are wiped from existence, for a reason you’ll find out if you see the film, only Jack remembers them. Following a heartfelt acoustic version of Yesterday played to his friends – which they think is an amazing new song – he discovers that no one knows The Beatles. Jack does what I‘m sure we’d all do. He turns to Google. He googles The Beatles, resulting in a lot of scientific results about beetles. As no one knows The Beatles or their songs, Jack sees an opportunity and takes them as his own. If only he could remember the words. Even as a die-hard muso, Jack is faced with the struggle of remembering the lyrics to The Beatles songs. Going back to that ‘what if’ premise, if your favourite band was erased from existence, would you be able to remember the lyrics to their entire back catalogue? Director Danny Boyle (Slumdog Millionaire) does a great job focussing in on the struggle of Jack’s many attempts to get the lyrics right. This task continues throughout the film as for every song Jack remembers, he has to come up with the lyrics, resulting in humorous writing and rewritings. Yet fraught with the knowledge that he is taking The Beatles’ songs for his own, Jack’s success is questioned by his own moral compass and he begins to feel like a fraud.

This is a film about ordinary people, notwithstanding a significant cameo from Ed Sheeran. Jack’s best friend / manager Ellie Appleton, played by Lily James (whom I will always associate with Downton Abbey) is his number one supporter and their banter provides some great moments. Screenwriter Richard Curtis (Love Actually), as he does in many of the films he has worked on, focusses on the close friendships of characters, in particular here, the connection between Jack and Ellie. The writing is fantastic. With the realism and quirks of conversation woven in perfectly, the actors’ lines are delivered with the depth of real life situations. It is the writing and the songs that are the stars of this film.

Jack’s agent (once he gains success), Debra Hammer, played by Kate McKinnon from Saturday Night Live, is another great piece of writing by Curtis. This is an agent who says exactly what she means, from her love of money to Jack’s lack of image, McKinnon’s delivery is spot-on.

Yesterday is a film about friendship, The Beatles music and how fame can totally change someone’s life. It is a fun, light-hearted film and so long as you can go with the premise, you should enjoy it. When I walked out of the cinema, I was humming Penny Lane and felt the need to get on Spotify and listen to The Beatles’ songs. So, like Bohemian Rhapsody did for Queen music, if nothing else Yesterday will surely lead to a revival of the music of The Beatles.