If you’ve ever endured the perils of high school text analysis or seen any of Ethan Hawke’s filmography other than ‘The Purge,’ then you might be familiar with the sci-fi film Gattaca. If not, let me give you a run down so abridged it would put SparkNotes to shame. In the not too distant future, prospective parents can select for desirable traits for their future babies. Think of it as using the self-serve kiosks at Maccas, adding on extra bacon, ranch sauce and removing onion from your Chicken Clubhouse. While adding and removing traits from your food till you obtain the most desirable burger holds no real ethical debate, the selection of genetic traits to create a ‘designer baby’ is another story entirely. The implications of reproductive technology and genetic selection on society is one that begs the question of ‘just because we can do the science, should we?’ And with the recent controversy surrounding the birth of the world’s first genetically edited babies, the fictional possibilities and consequences of eugenics presented in Gattaca may have become our reality.

Towards the end of 2018, Chinese scientist He Jiankui revealed his divisive research to the world; creating the first genetically altered babies, twin girls. While genetic editing has been carried out on animal and non-viable human embryos, there has been an unofficial but internationally accepted embargo on editing human embryos intended for pregnancy. Until now. While Jiankui’s aim was to combat the risk of HIV infection in the ‘designer’ babies in question, and to public health in general, the greater implications of opening this scientific ‘Pandora’s Box’ has started an ethical debate surrounding future experiments now that this precedent has been set. Some have condemned Jiankui as reckless and having pushed the boundaries of science too far. But others commend his dive into the uncharted waters of genetic editing as a much-needed push for science to progress.

To understand both the benefits and risks of what He Jiankui has done, we first need to understand the tool used to edit the twin’s genomes: CRISPR/Cas9. CRISPR (an acronym for a mouthful of jargon that you are free to google in your own time) is a system originally found in bacteria that has been adapted to edit genes in cells other than bacteria, including mouse and human cells. It is made up of two parts, the instructions (guide RNA) and the scissors (Cas9). Think of the instructions as the ‘find’ command you run in a word document. You can type in any ‘word’ (DNA sequence) that you want to find, then ‘delete’ it or cut it out with the scissors. This tool could thus be particularly useful when the DNA sequence in question is directly associated with a disease.

Being a gene editing tool, it goes without saying that CRISPR/Cas9 can be used to combat, treat, even cure genetic human disorders and diseases. This can range from cancers, cystic fibrosis, to sickle cell anaemia. All these diseases are genetic and are caused by a fault or mutation in a person’s DNA. While there are current treatments for genetic diseases, most are not cures, simply, because they cannot ‘fix’ the root of the problem, the genetic anomalies causing the disease. But here’s where gene editing comes in. With this tool, we could theoretically eradicate genetic predispositions and mutations that cause disease by screening embryos for these genetic abnormalities and editing them before they are even born, before they even have the opportunity to experience any of the symptoms of these illnesses. We could literally nip diseases, disabilities, birth defects in the bud. Working towards effective treatments and improving public health is what scientist Jiankui was aiming to do in his experiment. Specifically, to combat the transmission of HIV, a virus that leads to AIDS (Acquired Immune Deficiency Syndrome) from an afflicted parent to their unborn child. He did this by disabling a gene called CCR5. Without this gene, the HIV virus cannot be transmitted and thus by altering it with CRISPR/Cas9, Jiankui may have rendered the twin girls resistant to HIV.

If curing cancer and preventing HIV transmission in babies sounds too good to be true, it’s because it is a best-case scenario. In reality, editing genes should – and indeed should have – been treated with caution. This is uncharted territory in the science community and the long-term effects of what is theoretically harmless could prove fatal to the genetically edited individuals that have to live with the scientific decisions of their creator. The CRISPR system was only discovered and implemented as a gene editing tool at the turn of the 21st century, it is still in its infancy. While still being in its early stages, CRISPR/Cas9 has been seen to have caused complications already in animals that have been genetically altered. For example, there are many ‘off target effects’ that still need to be fixed. This is when the wrong sequence on the DNA strand gets targeted, like using the ‘Find’ command to search for the word ‘cat’ and your document highlighting the word ‘rat’ instead. This is a big problem as the deletion, edit or substitution you wanted to make in one part of your document, your DNA, is now somewhere where it could wreak havoc. Unforeseen genetic effects and complications could be the harsh reality of the twin girls, and a dire price to pay for the satiation of the scientific curiosity of one researcher. Not only that, but the gene edited in these babies, CCR5 may contribute to important functions in humans that current research has yet to discover. While the babies may be resistant to HIV, they may be more susceptible to other diseases or problems down the line. Another bioethical problem is that these edited genetic traits would directly affect any offspring these CRISPR babies may decide to have when they are older. As the experiment Jiankui undertook consisted of germline editing, this means that the traits are heritable for every one of the twins’ descendants. To be able to choose exactly what genes one unborn individual expresses is already an ethical dilemma of its own, but to factor in the indefinite individuals to come as a result of that one choice is akin to playing God.

Apart from these technical and ethical dilemmas, CRISPR could very well lead to future political and social ramifications too, when gene editing technology is eventually ‘perfected’ and becomes widespread. If the option to choose the physical and mental aspects and capabilities of potential children was available to the public, who would get this privilege? As with most leading technologies, the answer lies with who has the deepest pockets. While some developing countries are still struggling with infant mortality rates due to not being able to access basic medical resources, the richest most elite percentage of the population in first world countries could be picking their next child from a designer catalogue. Even in developed countries, the ever-growing disparity between the rich and the poor communities could be increased by the genetic enhancement that may very well come with the amount of wealth you were born into. This type of social divide of the genetically ‘perfect’ and those naturally born could give rise to a society similar to that shown in aforementioned film ‘Gattaca’. Those in society born by means of genetic editing (deemed ‘valids,’) progressed far easier career wise and socially than those conceived naturally, (‘in-valids,’) who were more susceptible to genetic disorders and other undesirable traits. Although genetic discrimination is illegal, as seen already in current society with discrimination against marginalised and disadvantaged communities, genetic profiling in the world of ‘Gattaca’ is a common practice to screen for professional employment. If this were to occur in the real world, the already privileged wealthy percentage of society with better access to education, connections, and resources would have the added advantage of rigging the genetic lottery so that the odds are ever in their favour. Genetically increased intellect, mental capabilities, social skills, physical attractiveness, or charisma could all but knock other applicants born in less fortunate, genetically unaltered circumstances out of the running for sought after jobs.

While these prospects are still way into the future, it is important to be wary of all the unintended or unforeseen consequences that a little genetic editing in the name of curing diseases may take us.Although Jiankui intended his work to be focused towards improving health, the reality is that his experiment has paved the way for countless other scientists to start editing viable human embryos as well, and for varying reasons. The numerous implications of having the option to genetically alter future generations, while beneficial for eradicating genetic disorders, is daunting. The ‘designer baby’ could be closer than we think. Like designing an avatar on the Sims, you would be able to choose the eye colour, hair, height, even the ability to grow facial hair for your future child. While this scenario is still a long way off, the fact is that the CRISPR baby controversy brings us frighteningly closer to eugenics driven society than ever before. 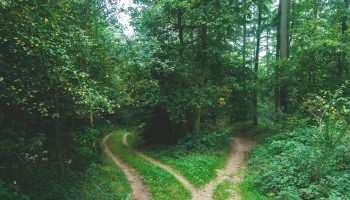 The Two Models of Disability