Editor’s Note: Opinions expressed are not necessarily the views of Lot’s Wife

The Government’s JobKeeper wage subsidy scheme has caused much debate in recent months. Created to offset the significant hit to the Australian economy due to COVID-19 restrictions, it has resulted in the Government pumping an unprecedented $128 billion into the economy since April. However, this whopping amount remains inaccessible to many of our most vulnerable.

The basis of the JobKeeper regime was to provide support to eligible businesses and not-for-profits, allowing them to keep paying wages and stay afloat. An eligible employee is any currently-employed person contracted on a full-time or part-time basis, or a casual employed on a regular and systematic basis for longer than 12 months, as assessed on 1 March 2020. 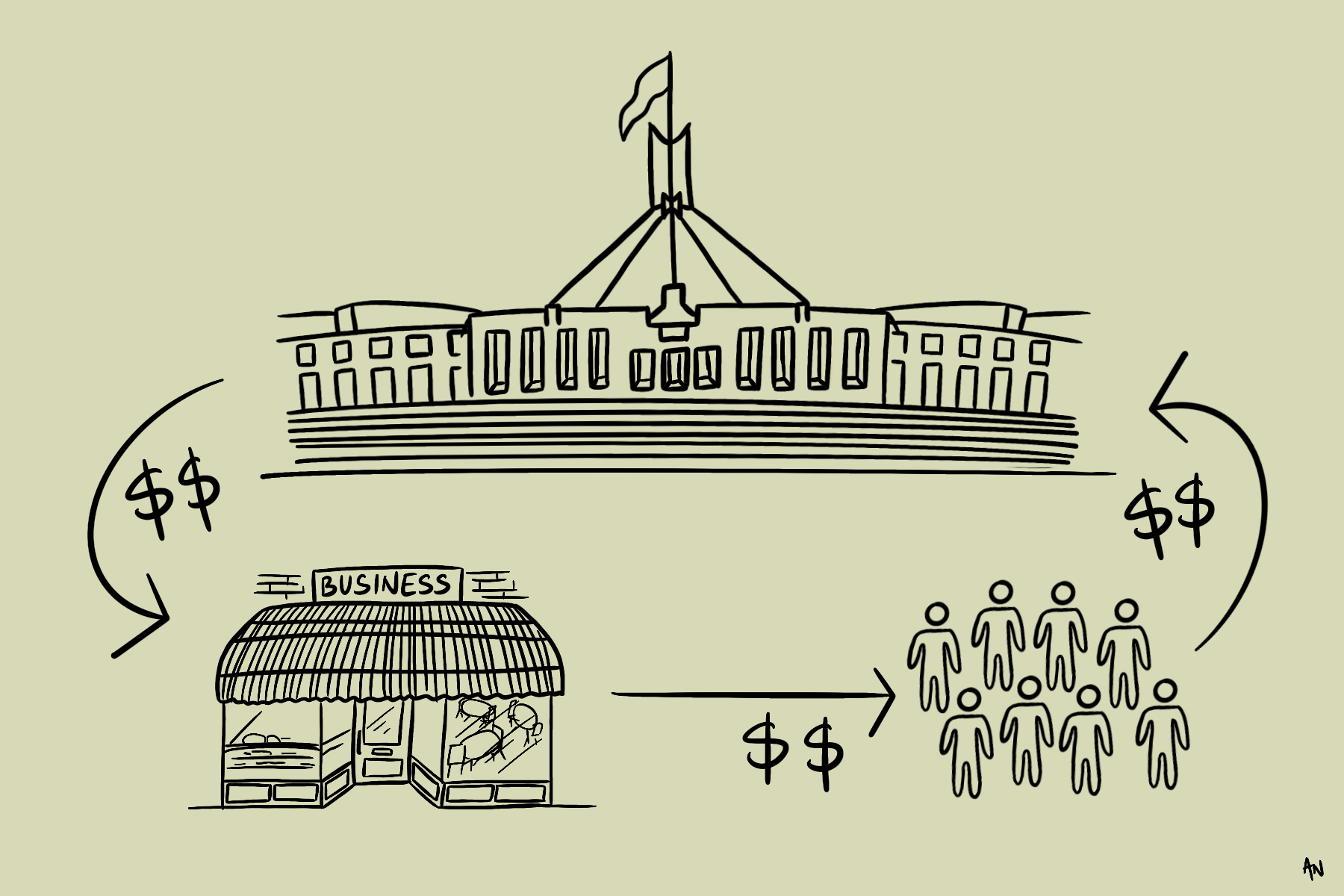 At first glance, this seems like a great system to save Australian businesses and soften the blow to our economy, the idea being that by providing financial support to Australians, they can in turn put that money back into the economy. In fact, calculations by the Australian National University suggest that over two million people have been saved from poverty due to the boosted JobKeeper and JobSeeker support. However, a large proportion of Australians have missed out on this support, namely international students, people on temporary work visas, and short-term casuals (employed for less than 12 months). Overwhelmingly, these workers were from the construction, arts, entertainment, education and agriculture industries, which rely on a transient workforce.

This not only impacted the short-term casuals who were out of work, but the industries at large. A vast number of businesses weren’t able to access this government support due to the nature of their employees, forcing hundreds to close their doors. It could take years for these sectors to recover from this magnitude of job losses.

Higher education in particular has been hit hard – the National Tertiary Education Union (NTEU) estimates that there have been over 11,100 job losses so far, and Universities Australia predicts upwards of 21,000 job losses in the sector by the end of the year. There has been concern that the industry won’t recover, and the teaching-research employment model that Australian universities have utilised will become non-existent.

At a time when businesses have little cash in reserves, and Australians are already scraping by, this reduction is especially painful. The Australian National University estimates that the number of people in poverty will increase by 740,000 as a result, raising the total number of Australians in poverty from 1.1 million to 1.84 million.

As businesses lose this much-needed support, many will be forced to sack employees, cut their services, or shut their doors completely, causing the unemployment rate to skyrocket. On top of that, rent relief and loan deferral schemes are beginning to wind up, meaning that these reductions will essentially leave struggling businesses at a cliff edge.

Furthermore, beyond December the Coronavirus Supplement will end, returning JobSeeker (previously NewStart) to $565.70 a fortnight. Australia’s poverty line is currently approximately $816 a fortnight – this payment is clearly insufficient to meet basic needs. Combined with an increase in requirements of the JobSeeker plan, unemployed Australians are increasingly hard done by.

International students are not eligible for JobSeeker or JobKeeper, meaning that this group has been markedly affected. The International Education Association of Australia (IEAA) has said that Australia has a duty of care to these students. Thousands are stranded in Australia, struggling to make ends meet due to mass loss of casual jobs and no way to access government support. In a survey conducted by The Conversation, 6 out of 10 students with employment before COVID-19 lost their jobs. Some 29% of respondents skipped meals, 26% sold their belongings to make money, 23% struggled to pay their bills, and 23% accessed assistance from community and welfare organisations.

Short-term casuals should have been included within the JobKeeper regime from its initial implementation. This would have softened the impacts felt by those construction, arts, entertainment, education and agriculture industries that have significantly higher levels of these workers, enabling businesses to tide the COVID-19 storm.

Moreover, this is an apt time for our Federal Government to take a hard look at our employment classifications and consider whether targeted reforms are required. It’s clear that Australians in insecure, short-term work, international students and those under temporary work visas are disproportionately affected in times of crisis. During the current global calamity when these people require the greatest support, they’ve been handed the short straw.

It’s time we undertake measures to ensure every Australian has the support and protection we have always championed, by first and foremost halting the reduction in JobKeeper.