Still nursing their wounds from a humiliating defeat in the marriage equality survey, Christian conservatives have launched a new crusade against the rights of LGBTI people. Pentecostal Prime Minister Scott Morrison has wasted no time after the Coalition’s successful re-election to strengthen the legal discrimination against LGBTI people with his recent announcement of a Religious Discrimination Bill. Compiling policies proposed by the Australian Christian Lobby and Philip Ruddock – a veteran of state-sanctioned homophobia, having introduced the 2004 amendment restricting marriage to a man and a woman, the Coalition’s proposed law seeks only to enshrine a right to bigotry.

The Liberals have taken a play straight from the US Right, mimicking the campaign that emerged after the US Supreme Court legalised same-sex marriage in 2015. From bakers who refused to make gay wedding cakes to notorious Rowan County clerk Kim Davis, who refused to issue gay couples marriage licences, the excuse of religious belief has been used to deny LGBTI people services and even their basic civil rights. These examples are painted by the right as martyrs against the LGBTI people ‘forcing’ poor bakers to betray their religion, when they were merely asking for basic goods and services. Deliberately ignoring the experiences of LGBTI people, instead people like Israel Folau (the Australian rugby player who claimed on social media that hell awaited ‘homosexuals’) are upheld as the victims of discrimination. The campaign for religious freedom codes discriminates against LGBTI people in this light, ignoring that it is much more important for the government to be, instead, extending the protections for LGBTI people.

Already, it is the case that under section 37 and 38 of the Sex Discrimination Act, religious schools and hospitals have the right to fire staff and expel students on religious grounds. For example, during the postal plebiscite the South Coast Baptist College sacked a gay teacher after he revealed his sexuality on social media. However this federal law while containing an exemption for religious schools, does not override state-based laws in which some protections do apply to LGBTI students and staff. Although, the Religious Freedom Review, commissioned by the Liberals, recommends that these state protections be overruled by a stronger version of the Act so that “religious schools can discriminate … on the basis of sexual orientation, gender identity or relationship status”. Additionally, the Review encourages “the Commonwealth …  to make it clear that religious schools are not required to make available their facilities, or to provide goods or services, for any marriage”. While the wording of the Bill remains unknown we can assume it would take on board these and similar recommendations. This is all despite the fact that the Review “received limited information to suggest that the right to freedom of religion is currently being infringed”.

The bill will also attempt to worm into law a definition of marriage that would undermine the plebiscite result. Based on the government’s response to the Ruddock review, the bill will likely amend section 11 of the Charities Act, permitting religious charities to advocate marriage as between a man and a woman with no negative impact on their charity status. This underhanded manoeuvre would place back into federal legislation a definition of marriage that would exclude same sex couples, laying the basis for future discrimination.

With the Liberal government fighting hard against the victories won by the almost eight million people that voted for marriage equality, one might think that the Labor party’s response would be to come out against the bill. However, playing into the right’s guise of using religious freedom as a licence to discriminate, Labor has supported the bill. Labor senator Kristina Keneally expressed to the ABC the party’s willingness to “work with the government on a religious discrimination and freedom act”. When questioned further about staff being sacked and students expelled for their identities, Keneally only doubled down in her efforts to prove the Labor party would be no advocate of LGBTI people. She stated that Labor would “support the right of religious schools, to be able to require staff and teachers to act in ways that, in their professional capacity, uphold the values and the ethos of the institution”. Not a particularly promising sign from a party who just this June announced they would be removing the position of Shadow Assistant Minister for Equality, the portfolio specifically tasked with addressing LGBTI issues.

Even more appallingly, however, is the justification Labor has given for their capitulation to the Liberals. Throwing migrants under the bus, Labor Shadow Assistant Treasurer Stephen Jones has claimed the type of statements such as those from homophobe Israel Folau represents “what multiculturalism looks like”. Failing to recognise that it is not “people from different cultures” driving this offensive but the Christian right instead, the Labor minister’s attempt to put a left-wing gloss over the bill’s intentions simply makes the xenophobic assumption that migrants are more likely to be homophobic or transphobic. Neither Jones’ remarks, or Scott Morrison’s claim that “if you support a multicultural Australia you’ll be a supporter of religious freedoms”, actually show concern for the prejudice faced by minority religious communities. Perhaps if they did, Attorney-General Christian Porter would not have to add the many Islamophobic caveats to the bill. For instance, the bill would do nothing to a Muslim woman forced by a magistrate to remove her facial covering in court. Some of the strongest advocates of eroding the rights of LGBTI people, such as the likes of Tony Abbott, have sought to abuse Muslim people with calls to ban the burqa, leaving little doubt that they have no real interest in protecting the rights of oppressed religious groups.

In light of all this, it is urgent that some actual fighting opposition is shown towards this bill, a bill that will undoubtedly wind back the rights of LGBTI people. Regardless of the misdirection given by the government that the bill is actually designed to protect a silenced Christian right wing, or that the bill is some attempt at multiculturalism, fighters for LGBTI rights cannot take their words at face value. Clearly there is a minority who need to be strongly reminded that their homophobic and transphobic ideas have no place in society. These are the people who were crushed in the equal marriage debate by tens of thousands of people marching in the streets in mass demonstrations all across the country fighting for the rights of LGBTI people. If the Labor party is unwilling to take a stand against them, then it is time again for us to come out against these bigots, and we’ll have the opportunity to protest them this Saturday 31st August at the State Library at 1pm. 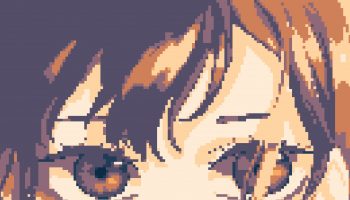 Edition 2 Out Now! ONLINE ONLY 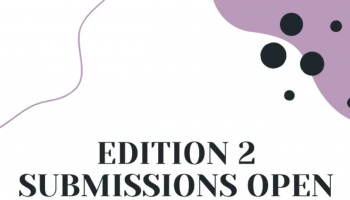 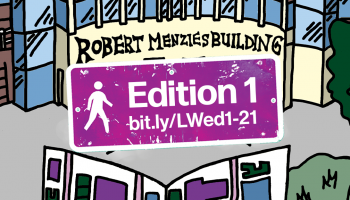