The National Day of Action is happening on 21 March.
There is more than enough money to fund free education for everyone.

While we were all on holiday, the Liberal government cut $2 billion from university funding.

WHAT ARE THE CUTS?

What a disgrace. This is the same Liberal government that recently pledged to donate $1 billion to fund the Adani Coal Mine, and in the last two years have given outrageous tax cuts to the tune of $15 billion per year to massive corporations. The 2017 Federal Budget also laid out that these cuts will continue over the next decade.

Elite universities like Melbourne and Monash will continue to attract the rich minority who can afford to pay full upfront fees. Poorer universities which are already the most underfunded will lose billions, meaning more course cuts, job losses and a worse quality education.

There is more than enough money to fund free education for everyone. A fraction of what the government spends on corporate handouts, the military, and locking up refugees would cover the cost. Yet they are taking money out of education and using it to give money to big businesses.

All this does is further ingrain the inequality that exists in the education system. Students from private schools with more money have a higher chance of getting into university, compared with students from public schools. Once new students enter university, over a third drop out because the cost of living, combined with the cost of education, and a lack of welfare payments offered from the government.

We can’t let this go unopposed. We need students from across the country on the streets in as large numbers as possible, to show the government and the rest of society we’ll fight this cut and demand free education. It’s only through our action that we can put real pressure on the government and the opposition to reverse their cuts and provide quality education for all.

WHY COME TO THE PROTEST?

The protest will happen on the 21st of March at the State Library of Victoria, 2pm.

The Guide To (Ex)Changing Your Life 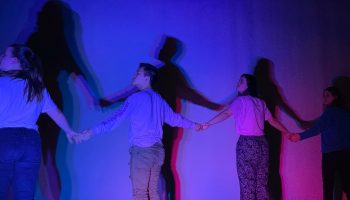