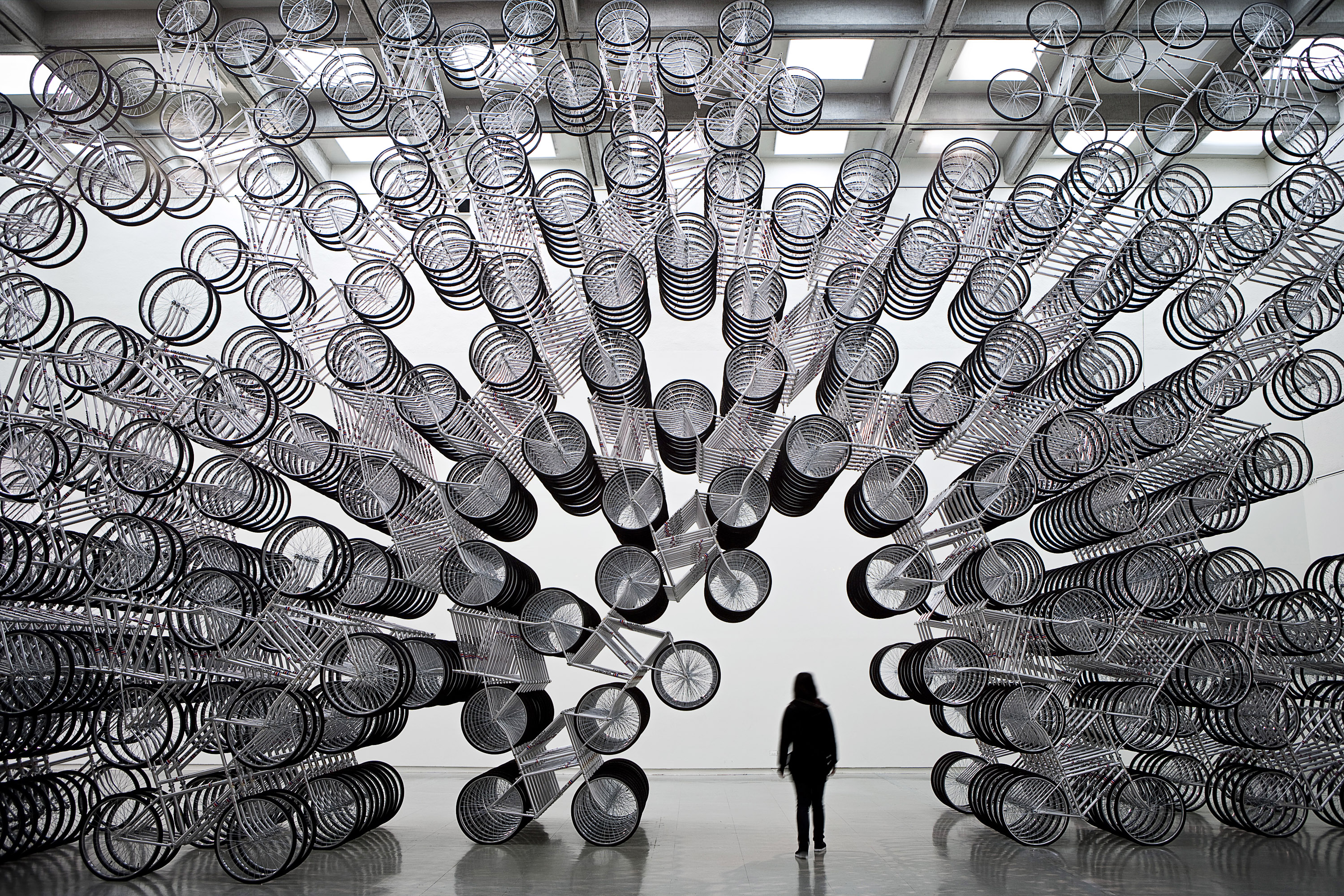 I want to design a frame that’s open to everyone. I don’t see art as a secret code. – Ai Weiwei.

If you’ve wandered through the National Gallery of Victoria lately, you may have craned your neck trying to see the end of silver bicycles that stretch to the ceiling.

Presenting over 200 of Warhol’s defining works and over 120 by Weiwei including major new commissions, Andy Warhol — Ai Weiwei is provocative, bursting with colour and endlessly engaging.

From the free pop-art photo booth in the corner to the delightfully interactive Silver Clouds and Cao Ni Ma 草泥马 installations that tempt you to lose yourself in dozens of floating silver pillows, bird and alpaca-shaped balloons, Andy Warhol — Ai Weiwei is sensory, tactile and interactive in a way that few exhibitions are.

Meanwhile, art aficionados will enjoy the layered depths to public friendly installations and the careful curatorship in balancing the two artists works. The curatorship in and of itself is to be admired as hen taken at face value, WeiWei’s works frequently overwhelm Warhol’s.

NGV works to offset this imbalance by contrasting WeiWei’s less charged works such as the beautiful Blossoms (2015), a gorgeous installation in the form of a large bed of thousands of delicate, intricately designed white porcelain flowers with Warhol’s stark and awing Electric Chairs (1971). Regardless of your opinion on the pairing, NGV has had considerable success in highlighting the conceptual overlaps, coincidences and shared influences of two artists in a way that attempts to level the playing field.

Recommendation: do not skip the free Studio Cats exhibit. While aimed at kids the interactive space will certainly hold an adult’s attention. Pass an hour or two browsin’ and meowsin’ in photo booths that churn out Warhol inspired pop-art collages, relaxing watching the short film 258 cats shot by Hosen Tandijono’s film, 258 Cats at WeiWei’s Beijing studio, or stacking packaging boxes to mimic Warhol’s 1960s sculptures. Genuinely delightful. The #warholweiwei exhibit will continue to run daily at the National Gallery of Victoria on St Kilda road until April 24th when it will move to the Andy Warhol Museum in Pittsburgh, USA to open on June 4th 2016.

Should you see any exhibition this year, make it this one. Immersive, interactive, accessible and yet impressively technical, Andy Warhol — Ai Weiwei is a homage to the traditional and the modern, much like the artists themselves.