Mohamed Diab’s Clash offers crucial insight into the Egyptian uprisings of 2013. It is of no surprise that this film is shot in a documentary style, especially given Diab’s heavy involvement in the Egyptian Revolution of 2011; the events of which set the scene for Crash’s post-revolutionary, post-Arab Spring timeline. Incidentally, his directing debut, Cairo 678, was a film described by A. O. Scott of the New York Times as “unmistakably a harbinger of that [the Egyptian] Revolution”. So, it seems congruent that as his sophomore film, Clash continues to draw attention to the tribulations and maladies of everyday Egyptian people from where Cairo 678 has left off.

The film is set in the aftermath of the overthrow of the pro-Islamist President of Egypt, Mohamed Morsi of the Muslim Brotherhood – the first Egyptian head of state elected by popular vote. It is the chaotic streets of Cairo, bustling with protests amidst the ongoing coup d’état led by the army commanded by then-General Abdel Fattah el-Sisi, that play host to the film’s action.

Over the events of one day, two American journalists, a group of secular army sympathisers, as well as a group of Muslim Brotherhood supporters, find themselves confined together in an old police transport van. The small, cramped van is the space in which the vast majority of the film takes place. 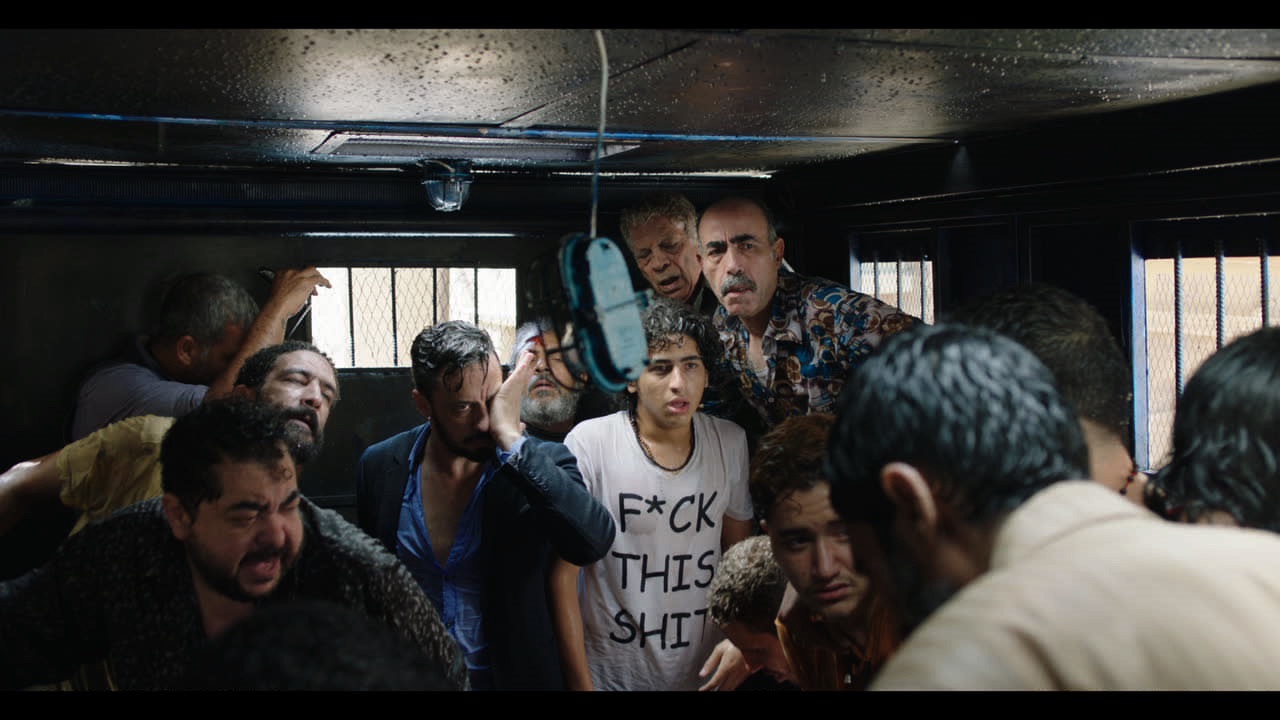 As a result of the forced contact of the two opposing groups, the van represents a melting pot for the tensions and fragments of Egyptian life and society. The claustrophobic nature of the van facilitates the moments of fraternity, conflict and anxiety experienced between the characters. This eventually serves as a catalyst to some fleeting moments of coexistence, or even comradery on account of the shared humanity of the characters.

Moreover, it also allows the humanist message to resonate clearly with the audience, which is viewing the film from the perspective of another person trapped in the van alongside the characters, as if to almost vicariously experience the ordeal alongside them. This is underscored by the handheld cinematography of Ahmed Gabr, which provides us with an immersive cinematic experience.

Clash sports a charming, vibrant and diverse cast with solid performances all round. A not too infrequent collaborator of Diab, Nelly Karim’s performance as Nagwa, an energetic and fiercely maternal nurse, is most stirring. Thrust into the van as a result of not wanting to leave her husband and child separated from her, Nagwa serves as somewhat of a moral centre to the film. Intuitively, it is her occupation as a nurse, something she was initially reluctant to reveal to the Muslim Brotherhood sympathisers, which provides her with humanist tendencies that are more so formidable than those of many of the others: to treat everyone equally irrespective of gender, age, sexuality, religion, political allegiances. After all, the film does not focus on a forced, contrived narrative, but is, rather, more interested in characters and their relationships to one another.

There is decent degree of control exerted by the director over the framing and action of the film – it has the necessary verisimilitude but also is the product of scripted, manipulated action that builds suspense throughout the film. There is something inexplicably unsatisfying about the end of the film; that it doesn’t meet the expectations we build throughout the course of the film. The social realist form that Diab employs is, however, hardly a bad thing. After all, to reiterate Diab’s thoughts on how to watch Clash, “It isn’t a film about politics; it is a film about the human rather than the political aspect of things.”  This is a film that does not tend to fall into cliché and regardless of one’s own ideology, the sentiments of Clash have the capability to be universally recognised and understood.

In a world where the most vocal and prominent social-political analysis is usually reserved for trigger warnings, Mohamed Diab’s Clash is a hard-hitting yet also thrilling film that explores necessary conversations around nation building and social theory that will be dissected for years to come.

Clash is now screening exclusively at ACMI until April 17