The ABC, whether you like it or not, is a pillar in Australian society.

Yes, times are tough, the ABC does not make as much money as it once did.

However, it is a government-funded network which allows for it to report independently from commercial interests.

Many branches of government absolutely despise the ABC, because they do what they do best, hold government departments and organisations accountable for their actions.

The ABC published that the Indian company Adani was planning on building what would have been the biggest coal mine in the southern hemisphere, to which the Resources and Northern Australian Minister, Matt Canavan said, “nothing but fake news”.

Not to mention the stories written about the Nauru Regional Processing Centre and the Don Dale Youth Detention Centre, and a whole lot more (they have been around for a while).

The ABC are responsible for breaking stories that expose truths and crimes committed by our leaders.

If the ABC were to be privatised they would not be able to as effectively independently report on issues.

They would be governed by commercial interests and political views.

In June the Liberal Party voted roughly 2:1 by show of hands that the government should privatise the ABC.

Fifield further stated that that it was in defiance of government policy to do so.

The Opposition Leader Bill Shorten has stated this move should be seen as the Prime Minister being “dragged to the right,” and that the idea of the governing party considering this decision was frankly outrageous.

Pauline Hanson has openly said on camera that she believed the alternative media (which she considers the ABC) is brainwashing Australian youth and teaching them “lefty” principals.

Thank you Pauline, I now know why I don’t agree with your policies.

Maybe they aren’t brainwashing our youth towards the left, maybe that is simply the side they identify with and feel passionately towards.

Is it farfetched to believe that Australian youth can identify what political beliefs and principals they choose to follow?

Thankfully just because the Liberal party would like to privatise and sell the ABC if they could. It is not something that will pass parliament.

Treasurer at the time Scott Morrison said, “The government has no plans to privatise the ABC – in fact, let me go stronger in case you are worried, let me reassure you the government will not be privatising the ABC.”

So, we can all take a deep breath for now, but it is important to note that if you are a Liberal party member, voter or supporter this is how they feel about the public broadcaster.

The public broadcaster is there for your interests (yes you), and not to stroke the ego of politicians who produce more than questionable policy.

FAQ of an Arts Student 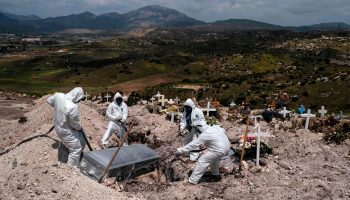