SPECIALISED BIOLOGY: a cultural feature or a type of behaviour that is passed from one generation to another, without the influence of genes

SPECIALISED INTERNET AND TELECOMS: an idea, image, video that is spread very quickly on the internet.

There is an art to tagging friends in memes on Facebook. First, find the perfect meme. Second, make the connection to the friend who’d appreciate it. Third, be timely because no one wants to be tagged in a meme they saw yesterday.

It has almost become a cultural custom these days to tag and be tagged in memes by friends. Memes connect people across oceans, languages and time zones.

However, there is also a darker side to meme culture that is prevalent in our Facebook feeds. The increasing number of negatively themed memes seem to be turning an enjoyable experience into an overwhelmingly dark one.

There seems almost to be a culture that it is cool to celebrate being forever alone, failing classes and having no friends. We tag our friends and they reply, “so true”, “the struggle is real” and “fml”.

Is this because young adults are more likely to experience depression?

A senior counsellor and psychologist who has worked in university health services for over nine years say he has found, “there’s definitely more people saying they are depressed, but we still haven’t figured out if that is because more people are disclosing”.

Depression Memes was started by two friends (identified as V and S) in January 2016 when they were in high school, and both are suffering from depression.

“[We] found sending over the top ironic memes was a good coping mechanism”.

The pair decided to start a Facebook page for their memes but never anticipated other people relating to their material. Today the Depression Memes page has 534,002 followers.

“It is comforting to be able to laugh at a part of your life that normally isn’t funny, especially depression which stays with you your whole life,” S said.

S revealed the page receives hundreds of people messaging them about how their memes can “be a bright spot in an otherwise bleak time for people”.

It is an uplifting sentiment. Beyond Blue reports that there are currently three million Australians experiencing anxiety or depression. Depression is isolating, so sharing the same experiences and emotions within a network of people online could create a supportive environment.

However, this meme culture could also create an online environment that feels unhealthy and hard to escape.

“Where I become concerned is where it becomes exclusively the world of online as against any interactions in the real world,” the university psychologist said.

The “about” section on Depression Meme’s page states: “We don’t advocate suicide”.

The need to state this indicates the precarious nature of their work.

The university psychologist warns that if a person is already experiencing sad emotions, memes can add to, “reinforcing their own internal, negative sense of self they have, they become addicted to this negative thinking… and the misery portrayed there”.

Michael is a content contributor to another Facebook page which specialises exclusively in negatively themed memes; Sad Homie Memes.

He is aware people who are engaging with pages like theirs can be “gripped by a vicious cycle of being sad, seeing sad media, developing sadness as a character trait, and so on,” Michael said.

Some people seem to harmlessly enjoy the humour and the sarcasm involved in the content.

The two admins of Sad Homie Memes, Cole Richardson and Muhammad Abbas said, “half of our likes I think are of people who just think of sad memes as a trend”.

“They aren’t really depressed but act like they are…half I think are actually sad. I think others like to know that others are feeling the same,” said the admins.

The university psychologist believes it is a case by case issue.

“People when they are more vulnerable…they are going to be more into interpreting those memes in a negative way; it is like a precursor to increasing their depression. Some of them look at them to almost indicate their feelings,” he said.

So, is it healthy for us to be sharing and getting entertainment out of content that celebrates being depressed? Should we be encouraging people to live happier and healthier lives rather than revelling in a self-defeating environment? Perhaps the best way is to be conscious about how the person you are tagging in a meme will interpret it. 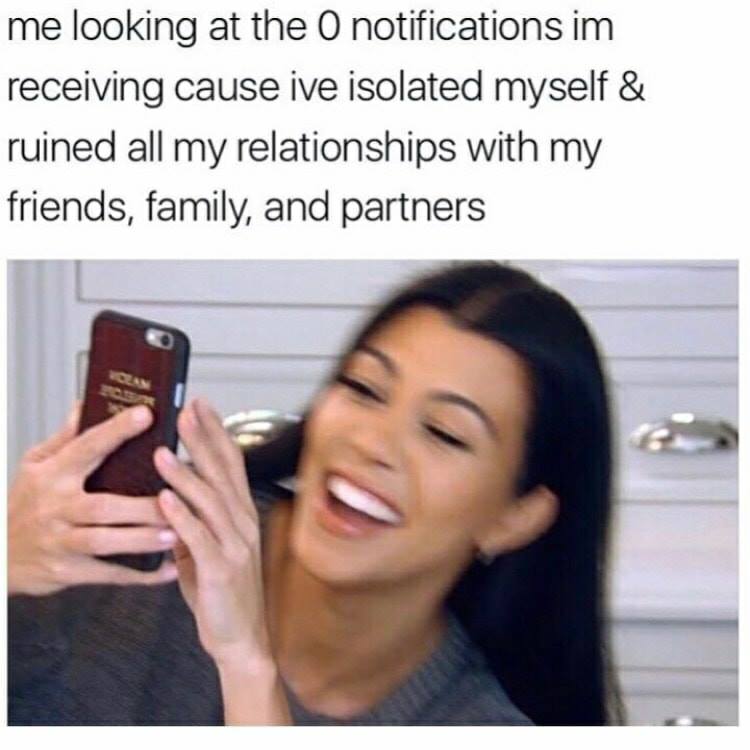 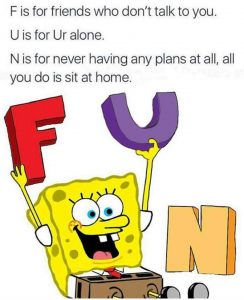 Travelling as a Woman