During the 2017 French Presidential race, the world media became fixated upon Marine Le Pen, the leader of far-right party Front National. Le Pen was everywhere during 2017; everyone was talking about her. The world became fascinated by this new formidable force who was establishing far-right policies and dispersing statements with xenophobic undertones.

Since the demise of Le Pen in the second round of the presidential elections, the world has all but forgotten about Europe’s far-right. Despite this lack of attention, there are far-right governments that are actually in power in the EU. In fact, the issue of immigration seems to have become a catalyst for a wave of racist and xenophobic rhetoric and policy that is sweeping through the European Union.

In mid 2018, newly appointed Italian Interior Minister Matteo Salvini barred a ship carrying 629 refugees from docking in an Italian port. In April this year an Austrian politician published a poem that compared migrants to rats, while Vox won 24 seats in the Spanish elections – the first far-right party to win multiple seats in Spain’s Parliament since the death of General Franco in 1975.

One must wonder, why do we not hear of these governments? Have we become desensitised to this far-right rhetoric? Is this type of politics now our mainstream? And why does this matter? It matters because Europeans have gone to the polls in the past week to elect their next European Parliament and the far-right is threatening to become a prominent force within the EU institution itself. If they succeed in gaining prominence they could tear down the institution from within.

The increasing number of refugees flocking to Europe over the last five years has allowed xenophobic leaders to come out of the woodworks and challenge the very fabric that is the European Union. These leaders are exploiting the migration crisis for political gains where their intolerant rhetoric utilises racist, xenophobic and anti-immigrant language that contravenes the permanent values of human dignity and human rights that the EU promotes. Encouraging the proliferation of racist-centred prejudice, through hate crimes and widespread hostility against minorities, has been widespread.

Italy: the new leader of the far-right

Since 2014, 1.8 million migrants and refugees have entered Europe through three separate

Mediterranean migration routes arriving at the frontline states. As a result of the unprecedented numbers of refugee entering the EU through Italian, Spanish and Greek ports, attitudes towards immigrants in frontline states have begun to harden.

Italy’s far-right government has adopted a hard-line approach to refugees and migrants, with the current ruling coalition using immigration as a political tool to stir up discontent within the population. The two ruling parties in Italy include the ultra-right League and its coalition partner M5S, a populist party. League party is more outspoken and overt in its xenophobic and racist attitudes and policies, evident by Interior Minister Salvini’s explicit support for former Italian fascist leader Benito Mussolini. Despite the extreme nature of Salvini’s position, he is largely supported by the general population; his approval rating increasing significantly after he refused to allow the ship carrying 629 refugees and migrants to dock in Italy. The MS Aquarius, a vessel of a French NGO was carrying 100 children and running low on provisions when Salvini closed Italian ports.

Eventually the ship was permitted to dock in Spain.

While Italy has not blocked all immigrants, and in fact its own coastguard brought 937 migrants to the Italian port of Catania in 2018, it has barred NGO vessels from entering Italian ports. The EU’s Dublin System stipulates that the member-state where the immigrant first arrives is responsible for processing the claim of asylum. This system has met that of the 600,000 people that have reached Italy by boat from Africa in the past five years, with 500,000 of these people remaining within the country.

The unprecedented number of refugee arrivals to Italian shores has put incredible pressure on the national social, economic and political institutions. Currently, Italy is facing mass unemployment, a debt of €2.3 trillion and a government that refuses to adopt austerity measures, so it is no surprise that Italian leaders are using immigration as a scapegoat for political mismanagement and to stir discontent.

Salvini has legitimised xenophobia; as a result, support for far-right leaders has gained traction throughout the EU. In April, Spanish far-right party Vox claimed 24 seats in the general election. A former fringe party, Vox rose to prominence through their dissemination of Islamophobic messages and opposition to immigration. Vox’s manifestation advocates for the deportation of undocumented migrants, limiting immigration, as well as restrictions on Islam. It seemed almost unthinkable that the Spanish population would give 10% of its vote to a far-right party given its history with Francisco Franco, the far-right dictator that ruled Spain for over 30 years. This election demonstrates the changing nature of European politics.

As a result of the increased burden that immigrant arrivals were placing on frontline states, the EU adopted quotas in 2015 in an attempt to equally distribute migrants throughout the entire Union. Various states have pushed back against the burden-sharing policy. Most notably the Visegrád has rebelled against the quotas, while disseminating anti-immigrant sentiment.

The Visegrád refers to the political and economic alliance of Hungary, Poland, Slovakia and the Czech Republic and is rooted in the premise that the four states carry more weight within the EU as an alliance than as individual states. All four Visegrád states categorically reject the fixed distribution quotas in the EU and have voted against the UN Migration Pact. In fact, Hungary, Poland and the Czech Republic refused to accept their allocated number of refugees, which resulted the EU Commission initiating legal proceedings against them in 2017. These states prefer to pay exuberant fines rather than accept refugees that have been allocated to them by the EU.

Hungary has perhaps been the most overt of the four states in their establishment of policies that display xenophobic behaviour. In 2018, Hungary announced a 25% tax on NGOs and other groups that support immigration. The financial impairment on NGOs has been labelled as an ‘immigration tax’ and is indicative of the changing sentiment within the EU. Leaders are willing to use all resources available to dispel and prevent immigrants and refugees from entering their borders.

Other states outside of the two obvious groups of frontline states and the Visegrád have also adopted a hardline approach to immigration. Leaders in Austria have been vocal in their unwillingness to accept immigrants under EU quotas, through overtly racist and xenophobic statements. Christian Schilcher, a member of the anti-immigration Freedom Party that forms half of the country’s ruling alliance published a poem that compared migrants to rats. Following global condemnation, Schilcher eventually resigned and the government tried to distance itself from him. It remains a question as to how such an overtly racist leader was elected in the first place? What does it say about the dire state of politics?

Beyond Schilcher, Austria retains many other issues. In 2018, Austria held the rotating position of President of the Council of Ministers in the EU where they set their priority as security and the fight against illegal migration. While this itself does not raise serious questions, when it is paired with statements such as those from Austria’s Interior Minister Herbert Kickl who claimed that there needs to be:

“suitable infrastructure that enables us to concentrate people in the asylum process in one place.”

Such statements provide worrying similarities to sentiment within Austria during the late 1930s and early 1940s. It demonstrates an increasing far-right movement within the EU where the political elites of Europe are taking advantage of the population and their fears of immigration. Austria’s response to the refugee crisis is also indicative of the far-right movement that is European-wide and is not contained to a couple of areas.

The xenophobic sentiment by Europe’s leaders is an endemic and remains hauntingly similar to the political rhetoric circulating Europe throughout the 1930s. Like the EU, the anti-immigrant rhetoric transcends borders and has dangerous consequences not just for human rights, but the basic premise of the EU.

The challenges posed by far-right anti-immigration sentiment is perhaps of greater significance to the future of the EU than Brexit. The Visegrád states are refusing to implement basic EU law, and Italy is dictating its terms to the EU. As Europe goes to the polls, Le Pen and Salvini are leading the push to form an ultra-right block. They hope their new alliance form the third-largest coalition within the European Parliament.

Europe is rebelling against the premise of the Union itself.

Editor’s Note: this article was written in May, before the results of the 2019 European Parliament election had been announced. The two biggest parties lost their majority, and far-right parties topped the votes in Italy, France and the UK, but left wing parties also gained seats and overall there were minor changes to the power balance. 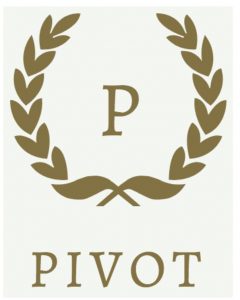