I am not immune. I walked into a third-year physics class as a first-year biomed student. I sat down enthusiastically, pulled my laptop out and began to get ready for my lecture. The lecture was on fluid dynamics, something that I was actually studying at the time, so it wasn’t until the course title appeared on the screen that I realised that I was in the wrong room. Instead of immediately getting up, like someone with a lot of confidence, I sat there desperately trying to map out the least painful escape route. I endured the lecture, the content of which was just as terrifying as my predicament, until I asked myself “what’s worse, embarrassing myself in front of people who will never remember me or missing my lecture?”

It was these kinds of questions I had begun to ask as I started trying to settle into myself, into adulthood. I’d always been a people-pleaser, yet somehow had always found myself in situations where I’d had friction with the people around me. I searched everywhere trying to find ‘my people’; people with my own image, and would grasp onto anything I could in my quest. Music tastes, hobbies, temperament, taste. I would become so infatuated with this idea of belonging, that I forged it whenever a window appeared. However, whenever I jumped into one friendship group, feeling like I’d really found my place, soon enough I would be edged out. I thought that there was inherently something wrong with me, like I was never good enough to be worth keeping around.

I fought with people who were supposed to stand beside me and constantly felt like I was surrounded by drama. In some places, even being ‘anti-drama’ was controversial, and suddenly I was submerged in insidious negativity. The places I’d been trying to fit in were places that kept everyone on edge, where nobody was safe and where truths and maturity were left at the door of the echo chamber. While eventually beaten down to passivity in these places, they did teach me a lot about adversity and conflict. They taught me that it was easier to blame others than to confront yourself. They taught me that voicing an opinion was a threat to group harmony. They pointed to the frictions inside of me; the places that resisted, where I wasn’t going to compromise on who I was.

What I found was that I was never going to find ‘my people’, rather only people who shared parts of me and differences which extended me. I belong in fractions of everyone and only wholly within myself. Looking back, it feels like I didn’t learn this soon enough and that I’d sabotaged myself many times during my development. Closer to the truth, however, is that this lesson found me at the right time. Upon recognising this pattern of being drawn in and kicked out, I’d overcompensated by reconfiguring myself time and time again to meet the demands of the groups I was in. I divested the wholeness of myself by shrugging unrefined parts of me to reduce friction with others, intensifying the conflict I had within myself.  Contorting myself in such ways inevitably led to anxiety and a deeply sowed seed of despair.

Eventually, push came to shove in many parts of my life. These parts of myself didn’t seem to fit together anymore and I was no longer who I wanted to be. The realisation that the friction originated within me came with a relieving sense of clarity, as did a strong sense of fear. A delicate rawness. I felt like I was an imposter within myself, after spending years pushing down and remoulding who I was just for a sense of belonging. This only perpetuated the sense of disconnection in my identity; why wouldn’t I allow my true self to see the sunlight? What was I so afraid of?

It seemed that reshaping myself to fit in with the people in the places I didn’t belong was far less painful than being rejected by the people in places I could belong. I had been settling for a shaky sense of safety with people who didn’t elevate me, who preferred to keep me down instead, to avoid the possible sting of not connecting with people who I thought were truly like me. What if I couldn’t speak as intelligently or kindly or wittily as those I wished to be surrounded by? What if I was kicked out of a place that I truly felt was the right place? Being kicked out of the wrong places wasn’t nearly as much of a loss or a threat to my identity.

Eventually, I got too tired of pleasing the people who didn’t support me or the betterment of myself. I gradually ceased to invest in the dead-end places where people stagnated as I understood the only loss was a loss of energy that I could instead be investing into myself and carefully considered others. I learnt that life is built upon three main resources; time, effort and money, and that these should be dispensed with care and wisdom. This thinking reshaped the dialogue I had within myself, from a small-picture future to a big-picture present. I shucked away parts of my anxiety, and known for my propensity for indecision, I was finally able to ask myself the questions which gave guiding answers. The wrong places had empowered me to get to know myself.

The first thing I learned about myself was that I wanted to be shapeless; I didn’t want to assume any form of rigid identity that would trap me in the wrong places, within myself and within the circles I found myself in. I learnt that I didn’t need to belong in every circle, I just needed to belong where I stood. This is not a cause of fear but liberation: I am a part of you and you of me, but still there remains an untouchable paradise within myself. A familiar but unknown place where I get to win all the glories and suffer all the struggles as its first and last explorer. I could not create myself by walking any other path than my own. Being in the wrong places taught me that the path to the right places had always been within. 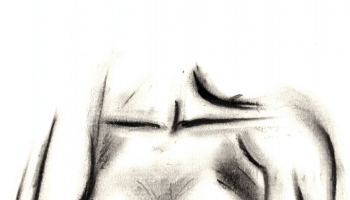