Damien Power’s debut feature Killing Ground is a harrowing experience. It does not hide its horror under a mask or a faceless killer, nor does it utilise any jump scares. Instead, Power’s offers up an unsettling landscape and gripping antagonists to drive his thriller.

The film follows a couple on their camping trip in the isolated Australian bush, as they slowly begin to piece together the mystery of the abandoned campsite they are adjacent to. The two leads, portrayed by Harriet Dyer and Ian Meadows, offer little to the clichéd horror genre, making it difficult to sympathise with their survival throughout the third act. Even though the film goes for a slow burn thriller, these characters still feel underdeveloped, especially when compared to the two killers; brought to the screen by the stellar Aaron Pederson and Aaron Glenane.

These two bring realism to their performance, an inner conflict that is not always evident in their dialogue. Power’s focus on developing these two individuals in their own crosscutting storyline is one of the most rewarding creative decisions in the movie. In many ways, this makes the story predictable, but that isn’t necessarily a bad thing. Where other great thriller movies succeed by subverting your expectations, Killing Ground succeeds by teasing out your expectations and making you wish they weren’t going to be fulfilled.

There are no fanciful or fantastical horror elements at play here; in fact, most of the film is set during the day. Instead, the film relishes in its calm brutality, each rifle shot echoing around the landscape and lingering in the atmosphere. It is at these shocking and confronting parts that the film truly shines, framed effectively amongst Simon Chapman’s stunning cinematography.

However, Killing Ground is not perfect. As aforementioned, the two protagonists struggle to hold the dramatic weight that the film requires and the third act suffers under a poor conclusion, which aims at ambiguity and strikes annoyance. The deliberate, but slow pacing might also turn genre fans off due to the relative pay-off it builds to. For Power, his debut feature highlights strong technical control and undeniable potential, but fails to break enough new ground in a killer genre. 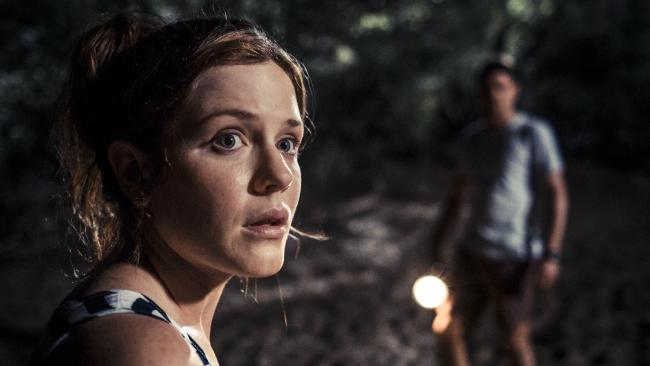 The Politics of Metropolis