The clock was broken.

This morning, Ellie looked at it and it was 8:15, and now it was still 8:15. She thought it was funny, pretending that everything could stand still. Mummy always said that time was very important: that they should always watch the time, just in case – something. Just in case. Maybe just in case time was broken, like now. It made Ellie very excited. She made a game out of imagining anything that happened until the clock was fixed wasn’t real.

Mummy did not seem to find it all that fun. The moment she realized time was dead, she started weeding through boxes and shoveling their contents onto the ground. Ellie made it her duty to sort through all the treasures on the carpet and organize them by colour. She especially liked the golden pile, because gold was her favorite colour.

Piles upon piles started covering the room. Ellie did not understand why she was allowed to make such a mess now. Afew weeks ago, Mummy would never have allowed it. But something changed, and now Ellie could make all the piles she wanted. She could also go outside now, and she had found that she loved going outside. There must have been a dozen piles, and they just kept getting higher and higher and higher. The golden one was too small for her liking.

Ellie paused when Mommy did, her eyes on the shape that shimmered in Mommy’s hand. Automatically, she reached for it, to put it with the earrings and doorknobs and the single golden colour pencil. But Mummy snatched the object toward her heart in one fast motion. Ellie blinked.

Mummy was staring blankly at the object. Ellie stared blankly at Mummy. Suddenly, Ellie understood. You can’t just ask something like that.

“Mummy, can I have that please?”

Slowly, Mummy moved her gaze to Ellie’s face. “No, sweetie, this one is Mummy’s.”

Ellie did not find that an acceptable answer. She frowned for just a moment, and then understood. Ellie was a very smart girl.

“Is it because of Hitler, Mummy?”

That afternoon, when Mummy went out to the market, Ellie was allowed to stay home alone – another thing she could never do before. She decided to write a letter. Mummy always said that words were the best way to solve a problem, and Ellie knew about letters because Mummy had some of Daddy’s letters in one of the boxes. Those were not allowed to go on her piles either.

Ellie wrote and wrote, and if you were to look past all the little spelling mistakes, Ellie’s letter would look something like this:

From: Ellie Kaplan
To: Hitler

I don’t think Mummy would like me to write this letter, but today time is standing still so I think that makes it okay.

I know it’s your fault because Mummy once talked to Daddy about you when I was sleeping but not asleep. She said that you were going to destroy the whole country. And she cried a lot that night.

And then when the nice men in uniforms came (I got to watch them from the window) and they gave us chewing gum and gifts, Mummy was still crying, but a little bit less.

I thought she would stop crying when we would get food and wood again and when we could go outside again, but she went to the market today and came back crying. I think it’s your fault, because it usually is.

So, Mr. Hitler, please leave Mummy alone. You can save some of the food and wood for your own Mummy, but please just leave the rest for everyone else. And please send Daddy home.

Then everything can be like Mummy always says it was.

When Ellie heard Mummy come home, she went to the living room carrying the letter proudly in her hand. Mummy was in between the piles again, holding that beautiful glimmering thing. Ellie wanted to have it.

She planted herself down by Mummy’s side and mimicked her pose, sitting cross-legged on the floor. She inconspicuously glanced over at the gleaming pocket watch. Ellie was disappointed.

She quietly crumpled the letter in her hand.

Time had never stopped ticking at all. 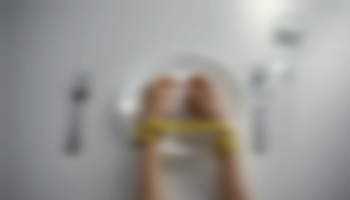