Review – The Chain by Adrian McKinty

Maybe I need to re-read…

So. I should preface this by saying that going into this reading I had expectations. Yes, yes, I know what a stupid idea BUT I had them nonetheless. These expectations of mine were not dashed however, more like completely side-stepped. Want examples? Read on.

The Chain is essentially about a woman who has her child taken (though not from a Parisian apartment and in the absence of Liam Neeson’s help). She then has to kidnap another child (as well as paying a ransom) in order for her own to be returned. From there, the parents of the new victim must take another child and so on, continuing ‘the Chain’.

I am an avid reader of crime and murder-mysteries, but I definitely didn’t know how to handle child abduction and a middle-aged woman struggling between her ‘perfect’, beautiful ex-husband (whom she had a weirdly amicable split with) and his drugged-up, ex-military older brother.

Now, the single most terrifying thing I can imagine for most parents is receiving a call from a kidnapper holding their child hostage.

I am not a parent.
I am a 19-year-old, single (‘sup boys?) university student.
I could immediately recognise that I am not the intended audience for this novel to elicit an emotional response.

Yet, I do often find myself getting emotionally invested in the characters’ stories while reading…I sometimes pause, set the book down and act out a scene; how would I have handled it if I were the character’s position? Does that make me crazy? …Maybe.

So, while it seriously pains me to write anything remotely negative (one of the great fears of a writer is having your work critiqued and believe me, I am no stranger to this concept), this is an honest review of… — let it be known — …just MY OPINION. And I know jack-shit.

Reiterating that I am not the intended audience for this novel, thus, I could not relate to the main protagonist Rachael Klein on an empathetic level (obviously I sympathised with her crap-luck). Her child, Kylie, who was kidnapped and held to ensure Rachael’s cooperation with continuing ‘the Chain’ was a typical 13-year- old girl. That’s it. Typical. She did handle herself in a hostage situation better than I expected but her decisions after presented her as quite the annoyingly unextraordinary character — commendable representation as it is always tempting to make one’s characters invincible.
Perhaps it was my recognition in who I used to be at that age, but I found Kylie irritating. I lacked emotional investment (maybe I was body snatched).

I cannot fault McKinty for his character, but I reserve the right to despise her more than he intended.

I found the characters in general to be very two dimensional (pardon the pun). There was little-to-no character development for the antagonist and her backstory; a backstory thrust upon the reader at chapter 43, a whole 211 pages into the book.
Now it doesn’t escape me that I shouldn’t know much about the antagonist — that she should remain a faceless, nameless character until the author deems it necessary. I questioned the necessity of having her point of view in the novel all together, creating a cheapened almost anti-climactic reveal.

I did find the story content intriguing and an interesting subject to delve into. It wasn’t an unpleasant, nor difficult read – in fact I found myself perusing the pages well into the night.

My interest dwindled however at a greater distance from the end of the novel than I’m sure the author intended…I found it slightly annoying to be ‘manipulated’ in such a way that upon the (SPOILER) return of Kylie I simply didn’t want to go through the emotional trauma of watching the characters dismantle the system of the antagonist, creating an unsatisfying and predictable serving of justice.

My initial wants of convoluted plots and Sherlockian-like deductions were dashed, however, I would read more of McKinty’s — though perhaps next time picking something less low-order crime and more murdery. But hey, that’s just me. 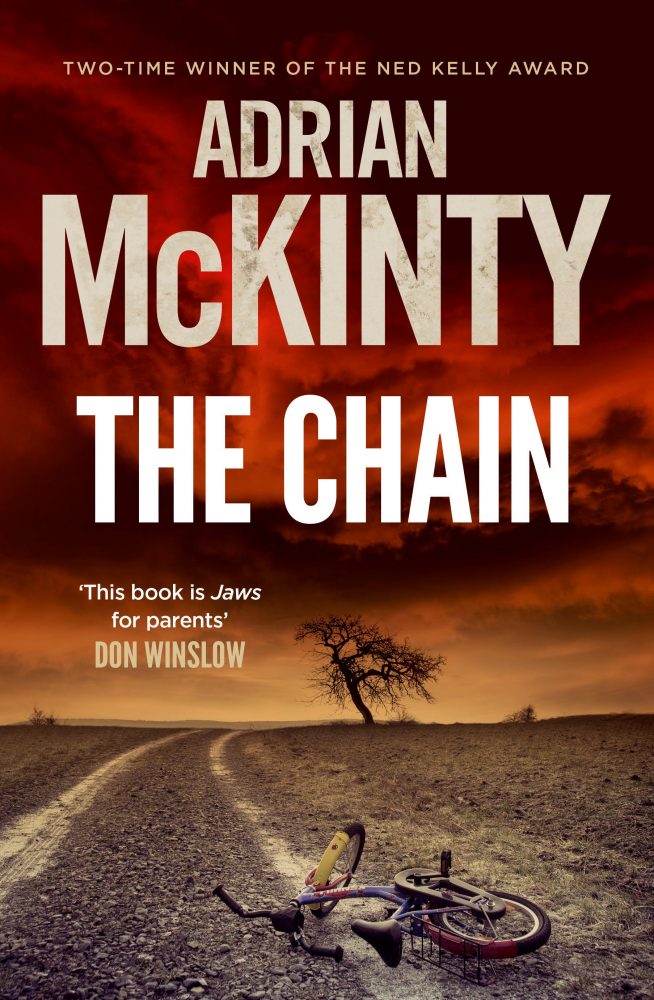 Review – The Dark Side of the Room