The Nightingale: A Reflection on Barbarity in the Penal Colonies of Australia

Colonialism has very often been condemned, as it should be. An establishment that rejects the cultures of others and restricts freedoms should always be recognised as atrocious and barbaric. It is this raw barbarism and inhumanity that is displayed in Jennifer Kent’s latest feature, The Nightingale. Centring on the revenge of a female convict in a penal colony in Hobart, Tasmania, the film deals with Australia’s flawed past almost as a scientist would – it resigns the concept of the biased auteur for a more honest depiction of the events of the film. To parallel this struggle, The Nightingale also exhibits the realities faced by a nation of people who were and still are treated like enemies in their own country. The Nightingale is a powerful retelling that exposes and interrogates the horrors of Australian colonialism in a way never before seen in Australian cinema.

Following the redemptive actions of Clare, a convict slave who has lost her only child and husband to the actions of her captors, Kent explores the significance of violence and the implications of revenge. Enlisting the help of an Aboriginal captive in Billy, Clare sets about finding the people who caused her pain and humiliation. Within this journey the film touches upon the treatment of Aboriginal people as well as the significance of respect in a world marred by violent insurrection and chaos. In doing so, Kent reflects upon and dissects the faults of the past of Australia whilst also unveiling the potential compassion that can arise from such horrific circumstances.

Colonialism starts with an action, a decision to overcome, destroy and replace with what is perceived to be “better”. Justified by the superficial belief that this replacement is beneficial it never is. It proliferates a culture of hate and violence that not only affects the victims but also the perpetrators. Jennifer Kent utilises the camerato explore the gruesome effects of the Australian colonies.

The dulled tones and darkness that exaggerate the inherently pejorative storyline accentuates what delineates itself from contemporaries. Where another director would opt for a flashy and more edited depiction of certain scenes, Kent sticks to her guns to deliver some guttural scenes and images. Collaborating for a second time with Radosław Ładczuk, the cinematographer of her previous feature, The Babadook, The Nightingale evokes the same uneasy and eerie emotions. In this way, Kent attempts to place her audience in a constant position of fear, where in The Babadook this shock and horror was literally depicted by the Babadook itself, Kent creates the same form of fear and discomfort in the violence and sexual assault that so often emerges in the most visceral of ways.

Throughout the film, violence is never exhibited in an extraneous or glorified manner by the white colonialists and this contrasts how Kent positions her camera. Kent depicts the cruel and egregious acts in long and disturbing scenes, not cutting or removing the significance of the actions observed. Indeed, Kent reflected that she wanted to go against the culture of inadvertently sexualising rape in film in her recent interview with Vanity Fair, and in these scenes her modus operandi is made explicitly clear. A resulting dislocation of ideology and compassion highlights the destructive mentalities of characters such as Hawkins and Ruse who act as figureheads of a society wondering aimlessly and disregarding a clear path that could lead to peace. Tonally, Kent utilises these acts of violence to not only move the plot forward but also propel the audience’s understanding of the barbarity of the colonies.

Just as violence in all its forms is a major part of the film so too is peace and forgiveness. However, in stark opposition to the violence, the recognition of failure comes few and far between, making their appearances especially significant. The film elicits emotions from some of the most minute scenarios, but this could only have been done through the use of extensive amounts of violence.

In one particular scene, the main character Clare and her companion Billy interact with each other in a way that strips away the previous scenes’ vulgarity so quickly that the tonal shift causes an equally caring and humane response from the audience. The kindness delivers its brutal blows on the toxic mentalities of other characters that make the film a classic solely based on its treatment of emotion in each scene.

As if Kent’s understanding of story-telling and staging weren’t significant enough she fuels the injustices with two characters whose growth perpetuates the benevolence that she exhibits with such caution and reverence. The interactions that occur between Clare and Billy act as a pillar that the film always falls back on in times of struggle. Due to the fact that both characters are so well fleshed out, not just archetypes or plot devices, when Kent removes the audience from the struggle to avenge, what is left is a story of compassion and understanding that is very significant to the modern discussion regarding Australia’s past treatment of indigenous Australians.

Kent delivers what can only be described as an Australian classic with her latest feature The Nightingale. Emulating the grittiness of films like Van Diemen’s Land and Sweet Country, Kent exhibits raw violence in a way that is far more subjective and, in that way, inherently and necessarily confronting. The Nightingale serves as a powerful reflection on the past brutalities of colonialism and inflection on the necessity to recognise and act upon the misdoings of the past. 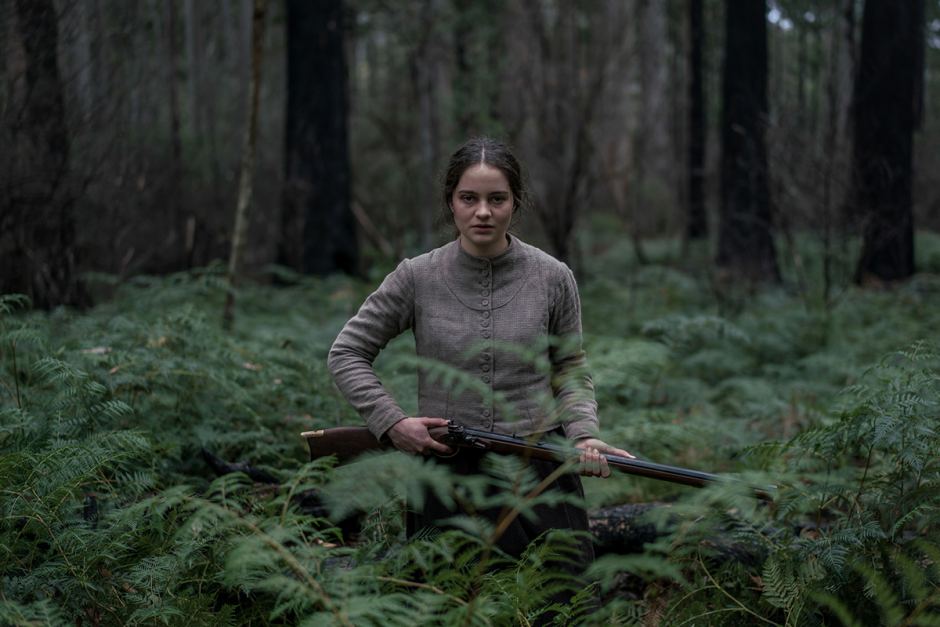 It’s the Vibes of the thing