Ask any medical student why they decided to go into medicine, and at some point you’ll hear the phrase ‘I want to help people.’ Human motivation is a complex thing, but I don’t doubt that it’s true – most of us want to give back to the world. And on face value, medicine is a pretty good career for it; those same medical students will probably be involved in many life-saving efforts that have earned the medical profession a reputation for doing good.

But as well as being philanthropists, doctors are also scientists at bottom. So what’s the evidence about how much good your average doctor will do over their career?
Research by the career-optimising organisation 80,000 hours shows that although doctors are directly involved in saving lives day-in and day-out, the marginal utility of the average doctor’s career is only 20 lives. What does that mean? It means that if you hadn’t chosen to do medicine at uni, someone else with slightly worse grades would have taken your place – that’s a safe assumption, given how competitive medicine is to get into. That person with slightly worse grades would probably have been a slightly worse doctor than you, and when you add that difference up over a whole career, twenty people would have died that you would have saved. If you chose to open a lemonade stand instead of studying medicine, twenty people would eventually die who would have lived.

Now that’s nothing to be sneezed at – after all, we’re talking about twenty graduations, twenty loving partners, twenty contented retirements. But at the end of the day, that’s a lot less good than most of us like to think we do; over a forty-year career that’s one life every couple of years. That might make us think twice about all the sacrifices we make in the name of doing good.
So am I saying that you should consider dropping out of medicine and open up that lemonade stand you’ve always dreamed of? No, thankfully there’s a way to turbocharge the amount of good you do with your medical career: rather than doing good directly through your work, do good through charitable giving. The average doctor’s salary is $105,000 ten years after graduating, and donating even 10% of that could make a huge difference in people’s lives without significantly decreasing your quality of life (and that’s a research-backed fact).

In consideration of this, how can we grow our altruistic impact as much as possible? One way would be to give a higher proportion of your salary. That would be admirable, but thankfully there are other, less painful options. You don’t have to go into the highest-paid, most competitive specialties for the sake of maximising your salary, either. Perhaps the most effective way to do the most good is through some good old-fashioned bargain hunting.
Let’s crunch some numbers: you could go into the most highly paid speciality in Australia, neurosurgery. You might decide to give away 10% of your $600,000 annual income to Guide Dogs Australia, which can provide a seeing-eye dog to someone for $40,000. Alternatively, you could decide that the slog to get into neurosurgery is too much, and pursue your childhood dream of opening a lemonade stand. You might earn $10,000 a year, and again decide to give away 10%. But rather than going for Guide Dogs Australia, you do some bargain hunting, and give to the Fred Hollows Foundation, which can restore sight through a $25 cataract operation. As the neurosurgeon, you’d help 1.5 people work around their blindness each year, but running a lemonade stand you’d actually cure 40 people of their blindness each year. These figures, based on Peter Singer’s famous TED talk ‘The Why and How of Effective altruism,’ are fairly back-of-the-envelope, but they’re only meant to show that with a bit of bargain hunting, you can multiply the impact of your giving by orders of magnitude.

Now let’s be honest, bargain hunting is hard. It’s not necessarily that we’re lazy (though that could be a part of it), but maybe we just don’t know what to look for in a charity. Thankfully there are some fantastic organisations out there that not only find the absolute most effective charities in the world, but also provide fully transparent reports on how they come to their decisions. Givewell.org is one of these organisations, or if you think that we shouldn’t be speciesist and also consider giving to charities for animals, Animal Charity Evaluators is for you.
The idea of marginal utility should make us rethink how we go about pursuing altruism through medicine. Doing everything we can doesn’t have to mean going the extra mile for all of our patients. It can be as simple as a small, regular and well-targeted donation.

Previously featured in The Auricle. 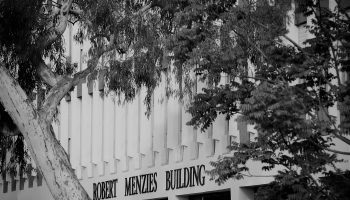 The Case for SFR Reinstatement