When I attended the Melbourne International Comedy Festival this year, I did not expect to laugh so much. Strange, I know. But often when you go see stand up comedy, it can be a bit hit and miss.

This was a hit. This one-man show was so believable, that we, the audience, were immersed. We felt part of the country town Damian Callahan constructed out of thin air before our eyes. There was a grand total of two props: a tree stump and a tree with a radio sitting on the branch. That was it. The rest was Callahan’s fantastic character performances. From the local footy coach, to a primary schooler, to a refugee, through his characterisations, we met them all. Callahan’s vocal and outfit changes for each character and his use of the stage to really get into the character made it seem as though the show was bigger than a single man.

Callahan interacted with the audience, asking the usual questions like what’s your name, job and what do you like to do in your spare time. Yet unlike many comedy shows, Callahan expertly weaved these audience members and their stories into his show, including them as characters in his football team, as he spoke to them like a football coach at half time. He riffed off their attitudes and job attributes to make this show about more than just football. In fact, it was never really about football. It is a show about a town and peoples’ attitudes.

By weaving contemporary politics, current affairs and popular culture into the show, Callahan makes for a great storyteller. At one point he left the audience in stunned silence and in the next we were cracking up with laughter. This rollercoaster of emotion and Callahan’s amazing stage presence brings a great sense of life to the performance.

You might not know his name, but Damian Callahan’s show The Merger is hilarious and totally worth heading to for a night out.

The Merger is playing at The Malthouse Theatre as part of the Melbourne International Comedy Festival until April 21. 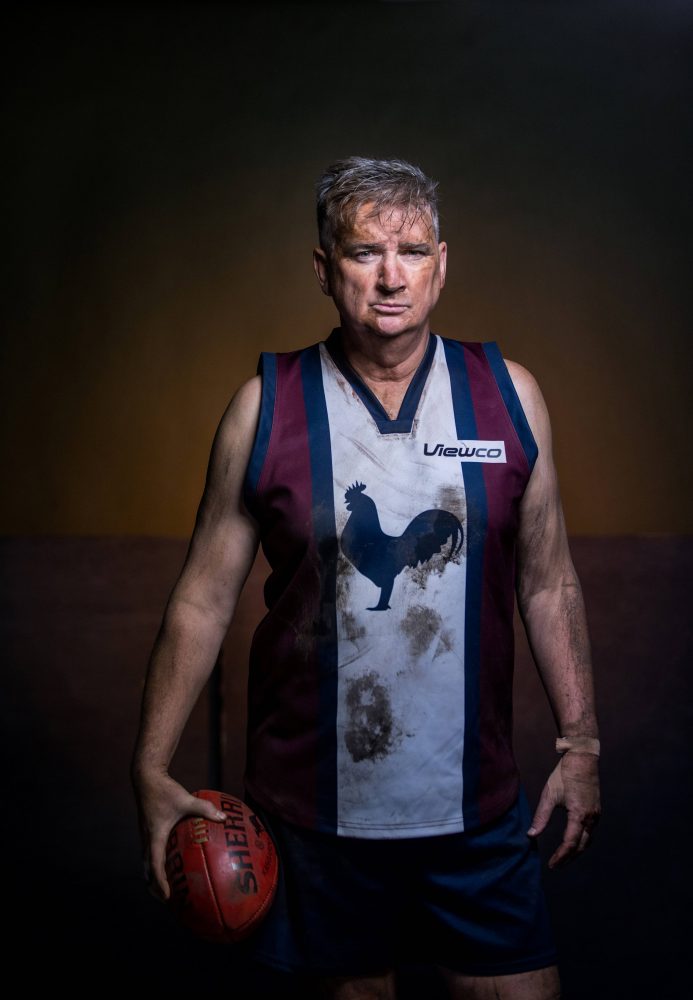