“You may think you know my story… many have told it.”

When a film strives to retell a well-known story from a different perspective, it is important that there is enough reason to do so. What new things can be learned from the characters? What scenes can be viewed from new eyes? What can be visible that was previously unseen? Ophelia endeavours to tell the story of Shakespeare’s famous play Hamlet from the perspective of the title character’s love interest: Ophelia. Director Claire McCarthy elevates the female characters of the story to lead roles rather than supporting, notably focusing on the characters of Ophelia and Queen Gertrude, Hamlet’s mother. The question remains – does the film’s new perspective spark enough new ideas to bring more depth to the classic tale? I believe so. But only just.

Opening with the gorgeous, ethereal scenery of Ophelia (played by Daisy Ridley) floating on the surface of a river – inspired by Sir John Everett Millais’ famous painting of the same name – it is clear that the production design and the cinematography are highlights of the film. However, the film is quick to fall into cliché, as Ophelia’s voice over addresses the audience to tell us that what was written about her story is wrong – and that we’ll find out what really happened. This doesn’t necessarily detract from the story itself as the narration doesn’t return until the conclusion, yet it does take away from the film’s potential uniqueness by being too didactic. It could have been far more intriguing for the audience to realise their preconceptions of the story were misguided as the film’s plot progresses without being directly told so.

In saying this, the film in many other regards is delicate and subtle with its portrayal of the complexities of power play and gendered hierarchy. A hierarchy not only of the court and roles, but also of love. One such scene depicts Ophelia and Hamlet making love, where the dominance shifts to Ophelia as her hand gently presses down on Hamlet’s chest, rising on top of him. This is a love story on Ophelia’s terms.

The film brims with emotion, and the actors more than meet the challenge, with their performances being the film’s greatest strength. Daisy Ridley shines with radiance, grace and strength as she portrays the title character, relishing in the greater depth the film brings to the character. Ridley proves she is a master of expression, reacting to the action of the story with realism and natural emotion. Through Ophelia’s journey, she portrays the giddiness and child-like joy of a young girl with a gleam of hope in her eyes, then developing into a dignified and mature character – still full of hope, yet grounded in reality. Through love, loss, joy, pain, and insanity, she shines. Naomi Watts sinks her teeth into another opportunity to play dual roles – she is both enchanting as Queen Gertrude, and enigmatic as the original character Mechtild. The creation and inclusion of the latter character is odd, but Watts portrays both roles incredibly well and cannot be faulted in the contrasting performances she brings. The chemistry between Ridley and Watts is a joy to watch, as is watching the dynamic between Ophelia and Gertrude shift throughout the story. Also of note is George MacKay’s performance as Hamlet, bringing softness and sensitivity to an otherwise vengeful role, and Clive Owen, delving greatly into the darkness of the treacherous Claudius.

The film attempts to grant Ophelia and Queen Gertrude more depth and agency – with Ophelia, they succeed greatly, but even though Gertrude was also given more depth, she still lacked the control over her choices until the very end. This felt weird taking into account that a key focus of the film was to increase these characters’ agency. Considering McCarthy and screenwriter Semi Chellas diverge from Shakespeare’s source material – in what for the most part are intriguing and exploratory divergences – it was a missed opportunity not to do more in relation to exploring Gertrude’s agency. It’s this conflicting ideology surrounding the examination of Ophelia and Gertrude’s characters that lets the film down.

The themes of hope and vengeance were prevalent throughout the film – and collide in an excitedly climactic way. In this regard, it becomes apparent that just as Hamlet in his story represents vengeance, Ophelia in her story represents hope. In this way, she not only has agency over her decisions, but over her own story. Seeing it through this lens, rather than just a retelling of a classic story, makes it worthwhile. It just could have gone further and because it didn’t, it fell flat through particular moments. However, the final few scenes are exquisite and elevate the quality and purpose of the film.
Even though at times the film falters regarding its conflicting character explorations and moods, it maintains strength in its actors’ performances, production design and cinematography, whilst its new thematic investigation makes it a worthwhile watch. If ever you’ve read or seen Shakespeare’s Hamlet, and thought there was a significant lack of Ophelia reading 14th century erotica out loud to Queen Gertrude, then this film is one not to be missed. A film about choosing between hope or vengeance, a film about having agency over your own story; told through the eyes of a deeper and richer Ophelia. 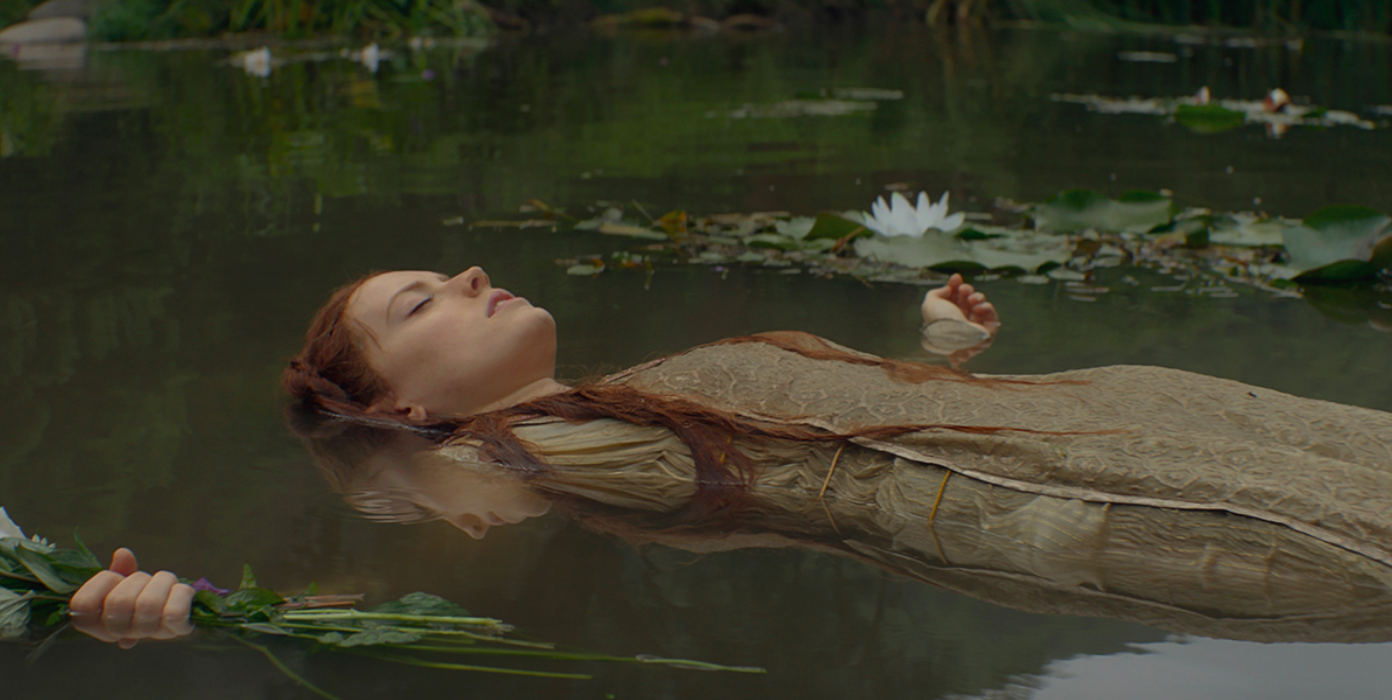