The Subtle Art of Online Dating is anything but subtle: the show is bold, loud and entertaining. Written by Katie O’Connor and directed by Kate Tomkins, this all-female production satirises real-life dating experiences, through musical, sketch and physical comedy.

The show bursts into life with a passionate rendition of Lily Allen’s ‘Hard Out Here’. The evening’s four performers use the number to set the tone; Nerida Hannah, Bonnie Ryan-Rowe, Maddie Roberts and the aforementioned O’Connor belt out harmonies and immediately break down the invisible wall between the stage and the audience.

Whether the actors are striding up and down the central aisle or draping themselves along the laps of the front row, they firmly establish the entire venue as a performance space, encouraging the audience to play their part.

This communal sense of play can be traced back to the production process (and even earlier). In an interview before the show’s run began, O’Connor spoke about how working with familiar faces helped her to feel comfortable developing such a personal piece, based on her own dating life.

“We all went to uni together,” O’Connor explained.

“So we were already really good friends, which is really key in this show, cause we’re doing personal stuff… it’s a good team effort.”

Each performer has valuable strengths and the four complement each other nicely, displaying the comfort of years of friendship.

Nerida Hannah plays the (mostly) supportive best friend role to a tee, deftly delivering just the right amount of encouragement and snark for each situation. In O’Connor’s interview, she mentioned that she loves having a live audience because “you know straight away if it’s good or bad.” The crowd certainly shows their appreciation for Hannah’s dry humour from the outset.

Bonnie Ryan-Rowe gives the most striking acting display of the night. It is a polished performance, she doesn’t miss a beat of dialogue and she certainly doesn’t miss a chance to fire a line at an audience member. Indeed the intensity of her gaze sorts the weak from the strong. Every action and quip is delivered with full commitment and confidence, right up to sitting on audience members. Ryan-Rowe’s is an impressive showing.

Another whose commitment cannot be questioned is Maddie Roberts. Also slick in her delivery of dialogue, Roberts is all in on the physical comedy, from demonstrating sex positions to having an obscene amount of chocolate sauce poured into her mouth. Roberts never breaks character, her performance embodies comedic discipline, even in the most compromising of acting circumstances.

Katie O’Connor carries the heaviest burden across the show and its production: she wrote the show, acts in it and promotes it as a producer. A tension across all of these areas is the autobiographical nature of the work.

“It’s really interesting trying to sell yourself,” remarked O’Connor when asked about her role as a producer.

This existential struggle extended into the writing process. O’Connor spoke about asking herself “what is too personal and what am I happy to share, but also what will be relatable to other people?”.

“Being honest with material has definitely been a challenge.”

Judging by the frequent raucous laughter, the stories O’Connor eventually chose to share are certainly relatable to her audience. As an actor she is occasionally slightly tentative, but O’Connor admirably puts her life on display for us to appreciate and laugh along to. The work is most powerful when O’Connor is at her most vulnerable, delivering a closing self-appraising monologue. Looking back on her dating life with complete honesty, O’Connor exposes her insecurities, addresses the damaging power of advertising and reconciles herself with her past. It is a moving moment, helping the audience to more fully understand O’Connor’s experience.

The Subtle Art of Online Dating is fun, it rightly takes the mickey out of how seriously we all take ourselves and our relationships. The autobiographical stories that the show tells are naturally from a specific perspective that will relate more obviously to some people than others. Human fallibility remains however a universal source of humour and potential partners lacking in basic decency, awareness or even cleanliness are all too familiar. The performance invites the audience to collectively laugh at their past dating experiences, safe in the knowledge that someone has always had a worse date.

O’Connor, Roberts, Hannah and Ryan-Rowe bring the energy and the examples, all the crowd have to do is buy in.

If you’re out of ideas for your next date, dinner and The Subtle Art of Online Dating wouldn’t go amiss. 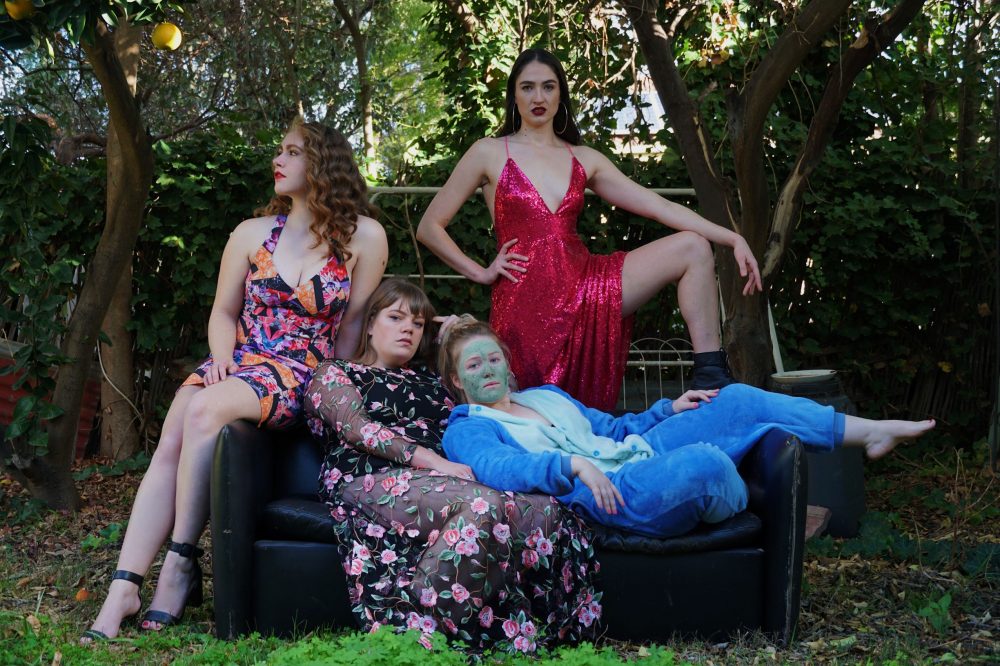