Sometimes it seems as if Melbourne and its inner suburbs simply materialised as a full–blown metropolis, complete with city skyline, streets ordered in a perfect grid, and concrete sidewalks interspersed with manicured gardens. Perhaps it’s because Melbourne is a young city in comparison to London or Rome, its oldest buildings dating from the 1800s, its main attractions not castles or cathedrals but graffitied alleyways like Hozier Lane, cosy cafes on Degraves Street, vintage warehouses in Brunswick, diminutive bookshops in Fitzroy, and restaurants on almost every street and laneway boasting cuisines from all over the world.  Perhaps we simply don’t think about the history of Melbourne in the same way we think about statuesque, ancient European cities. To us, Melbourne is a rebellious teenager: quintessential grunge meets functionality.

So it is a new and refreshing experience for me to read the history of one street in Melbourne, meticulously researched and written by historian Dr Judith Buckrich. ‘The World is One Kilometre’ traces the narrative of Greville Street in Prahran, carefully detailing the natural and geographic features of the landscape pre- and post-British invasion, charting the course of two World Wars, the waves of migrants in the 60s, and the ’countercultural’ movements of the 70s, before landing in the 21st century.

In Buckrich’s richly descriptive prose, the world becomes one kilometre of busy, complex, colourful existence.  The accompanying illustrations – highlights include a painting dating from 1880 by Yarra Yarra chief William Barak and depicting a dancing scene; a sketch of the avant-garde swimsuits of the 1930s; and the vibrant, multi-coloured windows of 1970s record shops – reflect the evolution of an iconic social, political and cultural hub.

Buckrich, who studied law at Monash in the late 60s, writes fondly of Monash University’s role in this change. The Monash Labor Club moved their city headquarters to 120 Greville Street in January 1960, and Jill Joliffe, a Monash University student at the time and later known for her work as a journalist in East Timor, opened ‘Alice’s Restaurant Bookshop’, which sold radical leftist literature. Down the street, at the Labor Club’s city headquarters, a large room behind ‘Dobie’s Bakery’ served as a meeting room for the Revolutionary Socialists. Greville Street, described by local Robert Greaves as far from the “gentrified, active, clean” street of today, was “run-down and much unloved” but the “cheap rents, good public transport and community” attracted “musicians, artists, students and hippies.”.

‘The World is One Kilometre’ reads as an entertaining and informative journey through time, a way to understand and recognise the depth as well as the breadth of history. Buckrich weaves fascinating minutiae into the grander scheme of events, giving readers a sense of the changing social and economic landscape from the perspective of ordinary Melbournians.  She describes, for example, a single property, No. 43 Greville Street, and its evolution from a “brick and wood house of six rooms plus stables”, to a private music school and residence for music teachers in the 1900s, to a “magnificent solid brick Victorian” in 1989, when it was sold for $350,000. It is interesting to note the one constant: its steadily rising value, peaking at $2.2 – $2.8 million in 2018.

It is also interesting to observe the quiet nostalgia threaded through the book – Buckrich’s homage to a hub of “counterculture social revolution” and “the bohemian epicentre of Melbourne”. Perhaps the pace of social and cultural change which made this strip of Melbourne so magnetic has slackened. Perhaps we are more complacent now, coming off the hard-won victories of the 70s where gender and class divisions were radically challenged, and it seemed as if the world was riding an endless tide of possibility and progress.

But we still have causes to fight for. Our generation faces “the skyrocketing rents that drove independent stores out” of Greville Street and stripped it of its character, the grim reality of rising house prices and threats to job security, and the apocalyptic consequences of climate change. While our epicentres of cultural and political discourse may have shifted, and while the concerns that occupy the public consciousness may be different, we can still look back and pay tribute, as Buckrich does, to a street whose people were never frightened of change.

‘The World is One Kilometre’ by Dr Judith Buckrich is available for purchase from Readings bookstores and the Prahran Mechanics Institute Press. 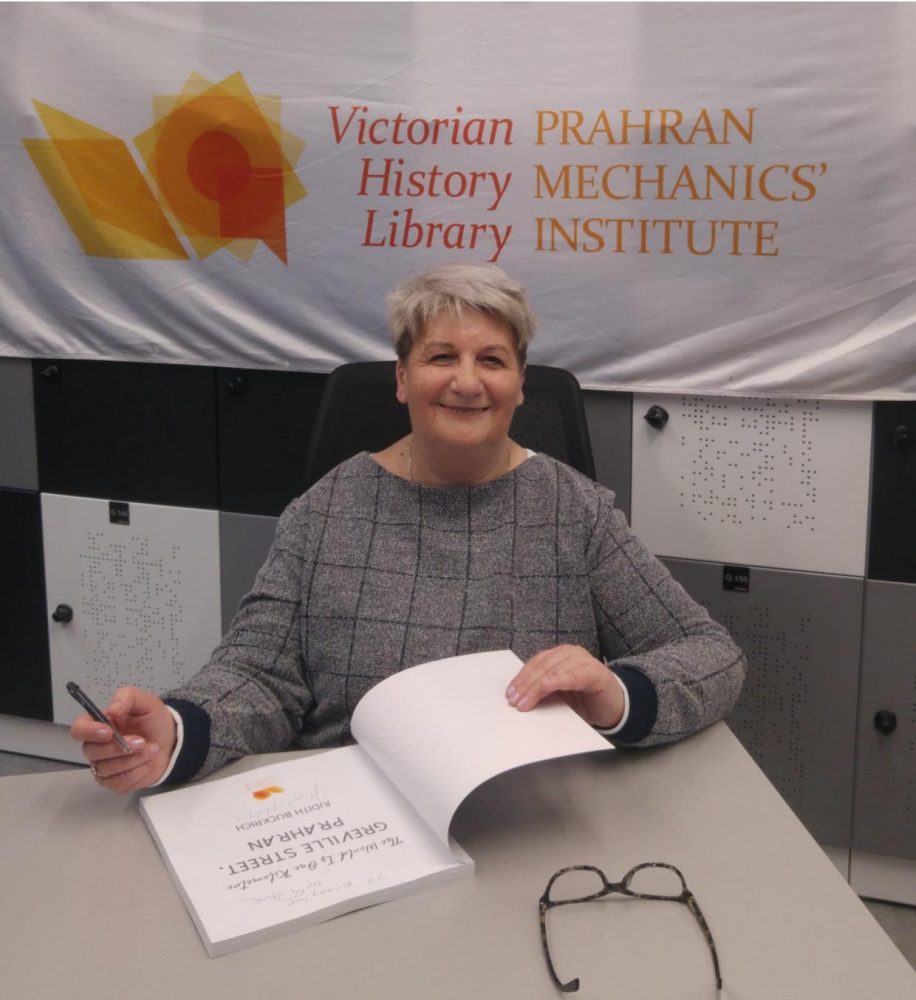