In May 2018, Australian journalist Ruby Hamad wrote an article for The Guardian about the regular interactions she saw between white women and women of colour, where a woman of colour confronts a white woman who has done something harmful to her, but instead of receiving an apology from the white woman, she is met with denial, accusations and claims that the woman of colour is hurting her. The woman of colour ends up feeling guilty, ashamed and frustrated, and so this toxic cycle continues. The article quickly went viral and triggered reactions from people worldwide, for and against Hamad. Some accused her of being a bully to “an entire race of women”, of being responsible for Donald Trump’s election and even being as genocidal as Hitler. But those who connected her words with their experiences realised the backlash came because she openly challenged white superiority, and that her critics used their entitled fury to bring her down – except she refused to back down. She wanted to make this issue resonate louder, clearer, so we can make a change – and so White Tears, Brown Scars was born.

In White Tears, Brown Scars, Hamad firstly explains how colonialism, slavery and racism have contributed to the racial and gender hierarchy: white men on top, white women below, then men of colour and, at the bottom rung, women of colour. Here, Hamad explores how rape was a tool of domination over people of colour, and how throughout history women of colour were labelled as unreasonably angry should they refuse to be submissive.  To help explain, let us use Hamad’s research into the historical representation of East Asian women which categorises them into two archetypes: China Dolls and Dragon Ladies. China Dolls are obedient, eager to please and, as Hamad describes, “lives for no other reason than to make her white lover happy.” This damaging misconception which can be traced back to the Chinese opioid epidemic which was created by Britain to widen its territory and fulfil their sexual fantasies. The China Doll image is what drives Thailand’s sex industry, the popularity of South-East Asia sex tours and causes the stereotype to continue today. But if Asian women reject the China Doll identity, then she is perceived as a Dragon Lady by the West, a deceptive villain that uses her sexuality for her self-interest and was used to signify “yellow peril”, the anxiety of Asia taking over the West. For Asian women and many women of colour, they are not perceived to have any human complexity. They cannot be anything but caricatures in the eye of the West.

The second section of the book discusses how the history of discrimination against people of colour, particularly women, continues today. Hamad rebukes the idea of a united sisterhood because, in her view, white women continue to treat women of colour as either threats to their power, or objects to toy with. This is exhibited through the form of belittling comments on the features of women of colour and even through the unwanted touching of their hair. Throughout White Tears, Brown Scars, Hamad explores how white people continue to believe they have the moral high ground when assisting people of colour, spanning from the Stolen Generation to the migrants who receive their citizenships on Australia Day, all of which are and were promises of acceptance at the expense of the First Nations. Yet it also seeps into our standards of beauty, from the multi-billion dollar whitening industry to the derogatory comments within cultures made to women of darker skin tones, these examples demonstrate how white people continue to be presented as a model of perfection  to people of colour worldwide. Women of colour know how to maintain a balanced relationship with the land and are capable of understanding the political struggles that their cultures face than white women ever could, White Tears, Brown Scars call for white women to side with women of colour so we can strive for a future where sustainable and peaceful cooperation exists between people of all race and gender.

As a young woman of Filipino heritage, I turned the first page expecting to relate to the racism and manipulation towards brown, black and yellow women that Hamad describes. But by the time I closed the book, I felt she had made a generalisation of white women similar to those which she was fighting to end for women of colour– that all white women are incapable of ever understanding the plight of women of colour. Hamad provided ample evidence of white victimhood’s evolution and presented it with great care, so I do not deny that this strategy must be addressed.  But White Tears, Brown Scars had the chance to rise above the shaming and blaming of an entire demographic, and to propose countermeasures against the damage intergenerational discrimination has caused women of colour of colour. Instead it is a one-sided display, explaining the five hundred year history of manipulation that all white women are apparently responsible for, and how they continue to manipulate women of colour in the modern day.

Hamad draws on case studies from the suffragette movement, who while claiming to fight for all women, excluded women of colour and even equated themselves to African slaves. She uses striking modern-day stories from women who faced both racism and misogyny in their workplace, including Latina woman, Kristina, who said in an interview with Hamad:

“I was working at humanitarian NGO in Turkey serving Syrian and Palestinian refugees. The founder of the organisation was a white woman who had the money to fund such work but no previous experience. I had a background in Arabic language, international development and public health and that’s why she took me on. She tokenised me often to get legitimacy with the community, although I don’t identify as Arab […] She wanted to offer yoga classes to newly arrived refugees from Syria who did not have access to food or healthcare!”

Kristina confronted her and said that she is seeing the displaced people as “objects of charity rather than complex humans capable of deciding their own needs” and “catering for herself rather than them.” Her boss began crying and ran out of the room and the other white women said that Kristina needed to stop being sensitive and to stop looking at race. Kristina eventually was hospitalised and was forced to quit due to the stress of her job, but she continues to experience similar treatment elsewhere where she is labelled as “divisive or an angry brown woman” and in a separate instance, she, along with other women of colour, were called “The Angry Brown Girl Club” for speaking out about Islamophobia and racism in their organisation..

While these personal stories force us to see the mistreatment of women of colour I think Hamad fails to mention is that not every white woman harbours the same attitudes as the suffragettes from a century ago, or the same ploys of innocence and victimhood as Kristina’s old boss. The accounts that Hamad uses attribute the actions of a group of white women to the entire white race. Aside from a call for white women to acknowledge their unfair racial advantage and to stop using the damsel-in-distress archetype to bring women of colour’s ideas down, Hamad could have explored how some white women are drying their eyes , stepping aside and listening to women of colour, learning how they can encourage more white women to stop acting as saviours and instead prevent the cycle of racial inequality from continuing.  Is it not important to provide a path for white women to play a role in the movement, instead of dismissing them as the enemy?

As a text exploring white fragility and the ways it is used to undermine people of colour, White Tears, Brown Scars offers a detailed and intricate account. If you are someone who has already begun to listen to women of colour’s struggles and are looking for a way to join the fight for gender and racial equality, it is unlikely you will find answers in this book. If you are a woman of any race who thinks they or someone they know  exhibits this accusatory and avoidant behaviour  and wants to interrogate why, White Tears, Brown Scars yields some confronting and honest answers. 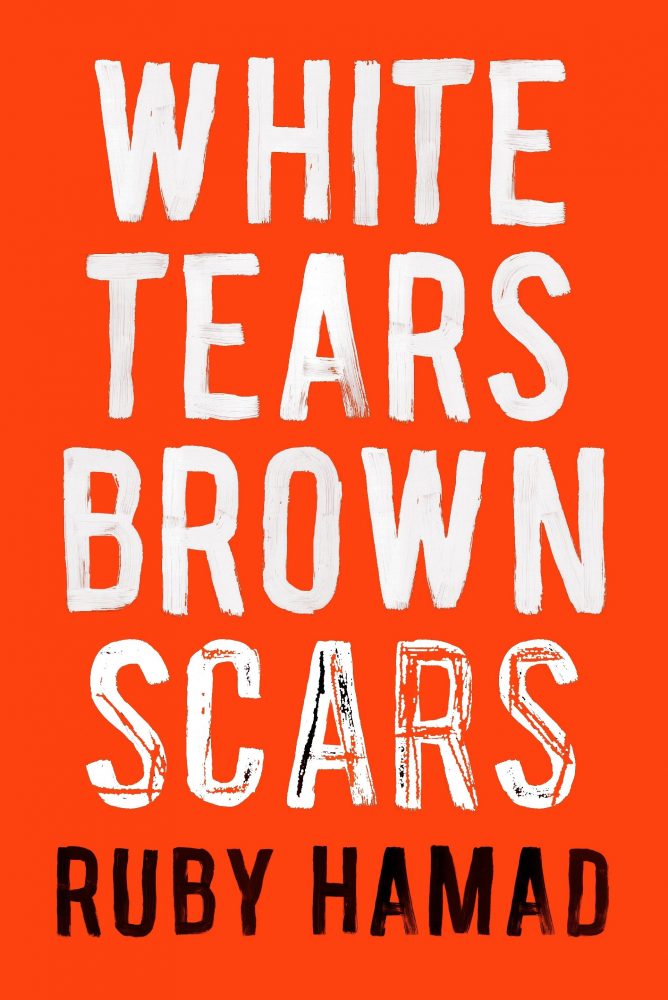 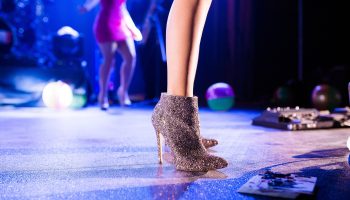 A Foul Slice of Sherry Pie