The views and opinions expressed in these articles are the those of the authors and do not necessarily reflect those of Lot’s Wife.

Why you should vote Labor at the federal election.

The strength of an economy is often understood through numbers, but should they be the sole key performance indicator? 15-year-old Elias Anderson lives with cerebral palsy and has been waiting for two years to receive funding from the National Disability Insurance Scheme (NDIS) for a new wheelchair. That same NDIS is consistently left with less funding year after year by the federal government.

An economy is not strong if it does not sufficiently look after the most vulnerable in our society. A nation is not strong if it puts the profit margins of multinational corporations above the wages of our poorest workers, and a government should not consider itself to be strong if it cannot rise to the challenge of taking meaningful action on climate change.

These are some of the core beliefs which have led us to the Labor Party. Business as usual will not suffice. Labor has put forward a policy agenda aimed at delivering fairness. If elected, Labor will restore penalty rates, properly fund the NDIS, dramatically reduce out-of-pocket expenses for cancer patients, boost funding to education including TAFE and universities, deliver 50 per cent renewables by 2030 by investing in renewable energy (and an array of other initiatives) and will end the unfair advantage investors have over first home buyers by reforming negative gearing and capital gains tax arrangements.

These proposals are all designed to make sure we have an economy that works for all, not for a select few. Labor’s plans directly benefit the lives of young people. University students and workers will be better off under an ALP federal government, one that believes in a fair day's pay for a fair day's work. One that understands that an investment in education is the greatest investment a government can make.

The Monash ALP (Labor) Club cannot stress enough the importance of this upcoming federal election and the impact it will have on the direction of the country. We need a government that understands the issues that working and middle class Australians care about, and we need a government that is prepared to take action on such concerns. This is why we believe that on 18 May you should Vote [1] for your local Australian Labor Party candidate.

Why you should vote Greens at the federal election.

The Greens are a people-powered party. We rely on the grassroots support of individuals to spread our message, rather than mega donations from the big banks, fossil fuel companies, casinos, and property development groups. And I think that our strict policies on political donations are a big reason for the Greens’ enviable voting record in Parliament.

Because we do not accept donations from corporate lobbyists, we don’t owe them anything. Because we aren’t beholden to any vested interests, The Greens are the only major party capable of championing evidence-based policies on issues like climate change, drug policy, and refugees. And we walk the talk.

The Greens are consistent. We have been the most consistently progressive party in Parliament for over three decades. In the 1980s, Tasmanian Greens MP Christine Milne tabled numerous bills to ban semi-automatic weapons in response to the horror of the Hoddle Street massacre. After the 1996 Port Arthur massacre, it was Milne who was in the emergency meeting that lead to a state and federal ban on semi-automatic weapons. After Labor and Liberal voted to amend the Marriage Act in 2003 to exclude same-sex couples from marriage, it was the Greens who kept marriage equality on the Parliamentary agenda for over a decade, challenging public opinion until the law was changed in 2017.

The Greens have consistently used the opportunities and the platform of Parliament to set the progressive agenda in Australia, to change public opinion rather than blindly obey it, and secure major wins for progressive policy.

This election, among other things, we will be pushing for an end to off-shore detention, an end to new coal mines like Adani’s, and an end to political corruption by delivering a Federal anti-corruption watchdog and a cap on political donations. You can read more about our plan for a cleaner and kinder Australia here: https://greens.org.au/policies.

Unfortunately, there are a lot of people who prefer the Greens’ policies to Liberal or Labor, but do not vote Greens because they perceive this as a ‘wasted’ vote. I want to give you five reasons why your vote isn’t wasted by putting the Greens first.

In summary, if you like the Greens’ policies, vote for us! There’s only reason not to vote Greens, and that is if you don’t like our policies on climate action, education, political donation reform, drug safety, animal welfare, gender equality, and a future for all of us. 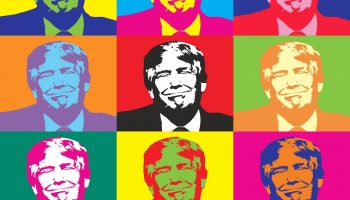