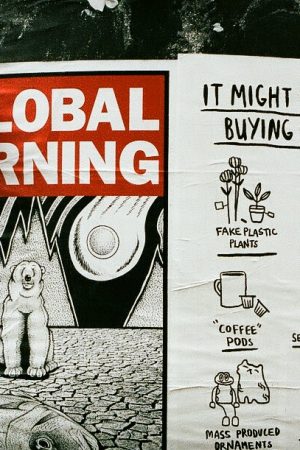 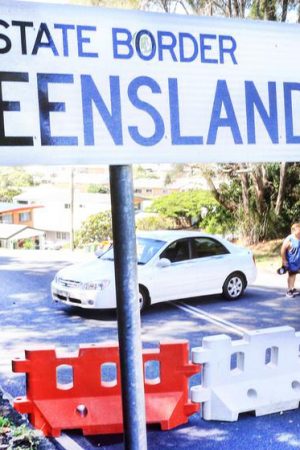 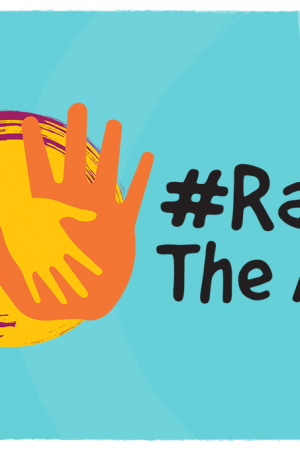 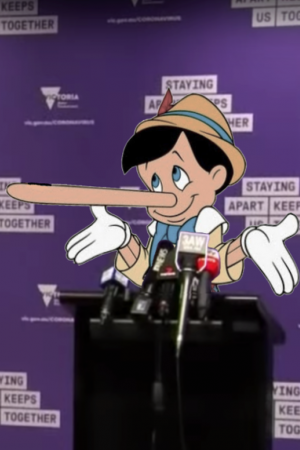 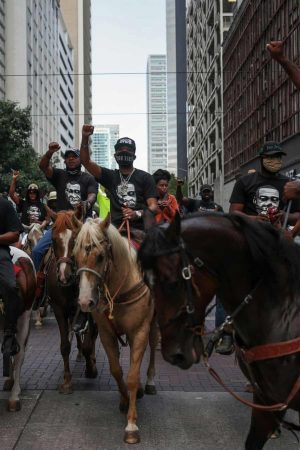 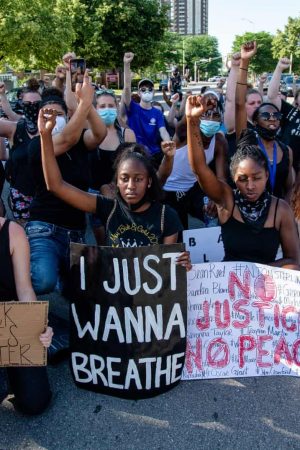 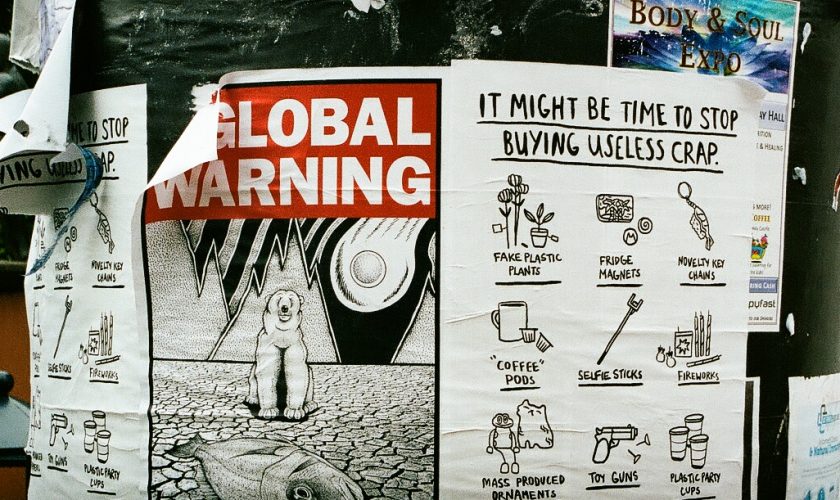 This piece and artwork were first published in Lot's Wife Edition 5, 2021.  By Allyssa Gardner, Monash Students for Climate Justice Member In recent months, extreme weather events have ripped through the Northern Hemisphere. The United States, Canada and Siberia have seen deadly heat waves and subsequent wildfires. Turkey and Greece are the latest nations to join this list. There were also fatal floods in Germany and China, while landslides took lives in Bangladesh and India, and Iran is suffering a severe drought.  All over the world people are dying from extreme weather events that are exacerbated by climate change.
Read more
AnalysisOpinion 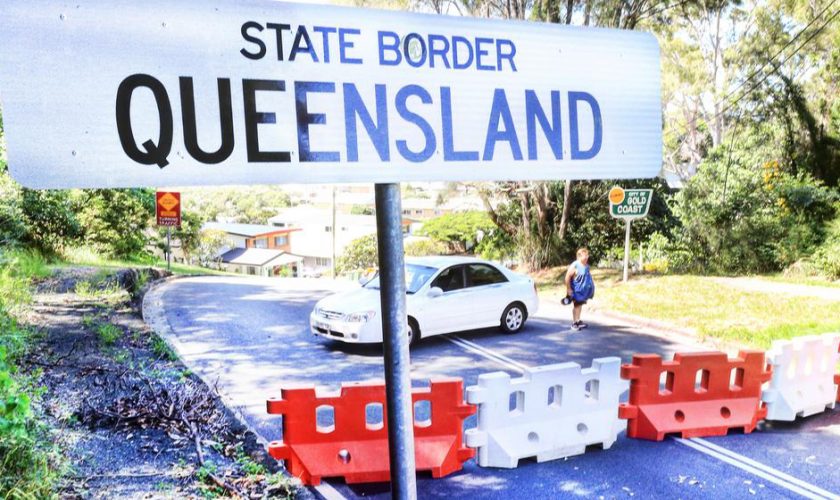 The opinions expressed in the piece are not necessarily representative of the Lot’s Wife committee. Austin is on the editorial board and was subject to the same impartial editing procedures as any other author. Austin is an ordinary member of the Victorian Greens. Amid this month’s ongoing pandemic, battles for racial justice, and the release of Indian Matchmaking on Netflix, you would be forgiven for missing the following tweet: “If it was up to Deb, QLD would be FLOODED with Victorians”. Big and bold wording, strong borders rhetoric, comparing a group of human beings to a natural disaster… I know
Read more
AnalysisOpinion 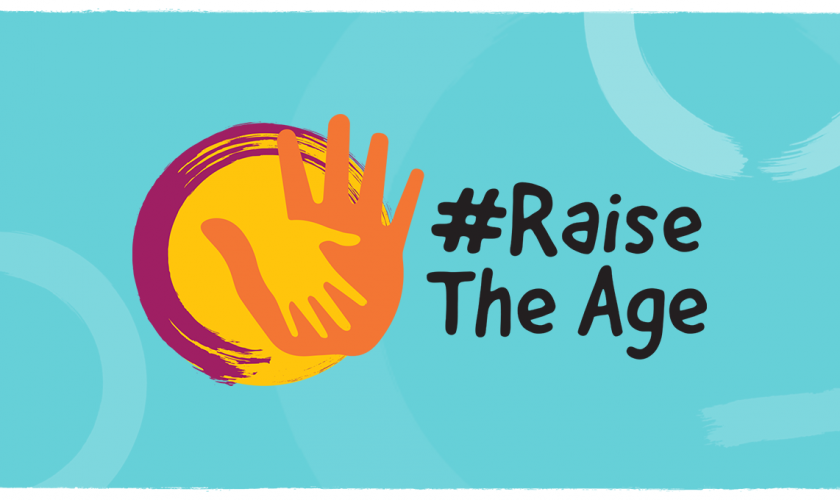 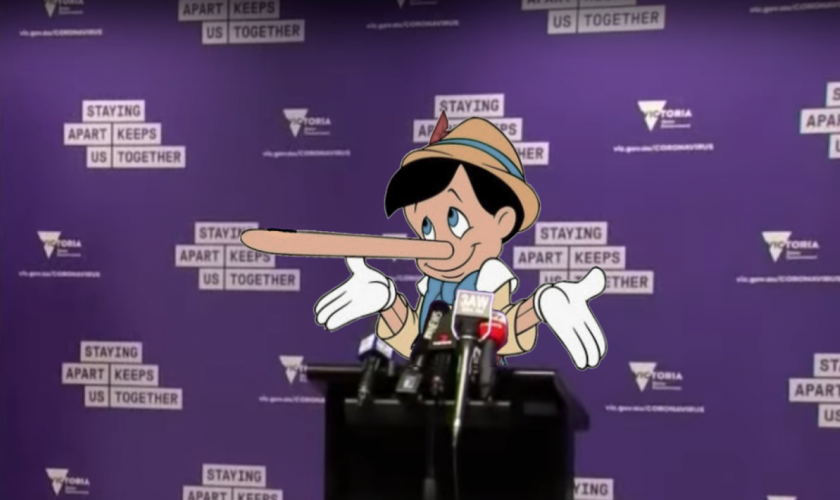 By Juliette Capomolla I do not shy away from sharing my political opinion. In the spirit of transparency, I should let you know that, at this stage, I will be throwing my support towards Dan Andrews for the next Victorian election. Nonetheless, I firmly believe that political leniencies are irrelevant, or at least should be irrelevant, in today’s current climate. The virus transcends voting tendencies; it does not care whether you are a stubborn Labor voter or not, and as far as Dan Andrews is concerned, I don’t think he cares much at this point either. Ever since the ominous
Read more
AnalysisOpinionPoliticsStudent 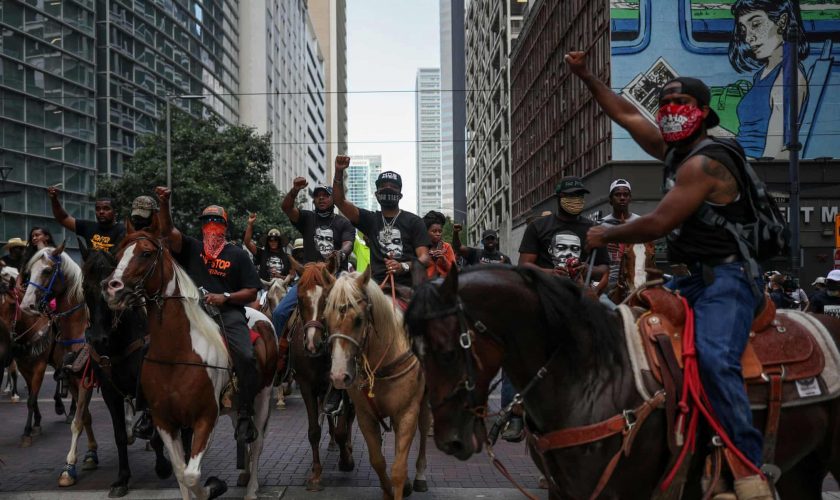 Rafal is here to share her take on the events of the week, providing all the news and commentary you will need. Editor’s Note: Opinions expressed in this piece are not necessarily indicative of the views of the editorial board Welcome to the Lots of News Update: these were the headlines for the June 6 to June 11. You can check out the video version below. Aboriginal and Torres Strait Islander viewers please note that the video contains images of the long-deceased:   IN TERTIARY NEWS Monash University is forecasting a $350 million downturn in revenue this year. (The Age)
Read more
AnalysisOpinionPolitics 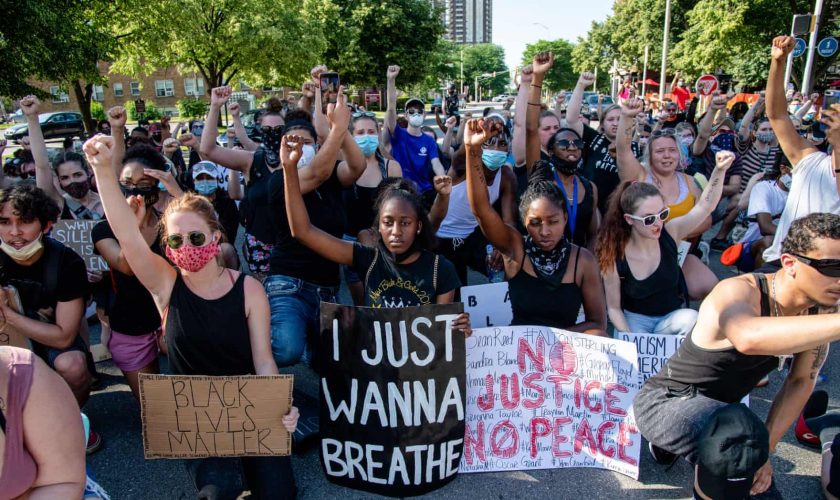 Cw. discussion of murder, racism, police brutality    Minneapolis burns. It burns as a result of very real fires - both literal and figurative. There are riots and looters burning property down, some looting the resulting shells of buildings. There is an enormous swelling of protesters angry at the police, angry at the justice system, and angry at the undeniable institutional racism that exists in America.   Peaceful protests (such as the actions taken by Colin Kaepernick and other athletes, or Black Lives Matter) were criticised for being un-American, for being radical, for being just ‘whiny liberal snowflakes’. They did not work. No movement
Read more
OpinionPoliticsStudent 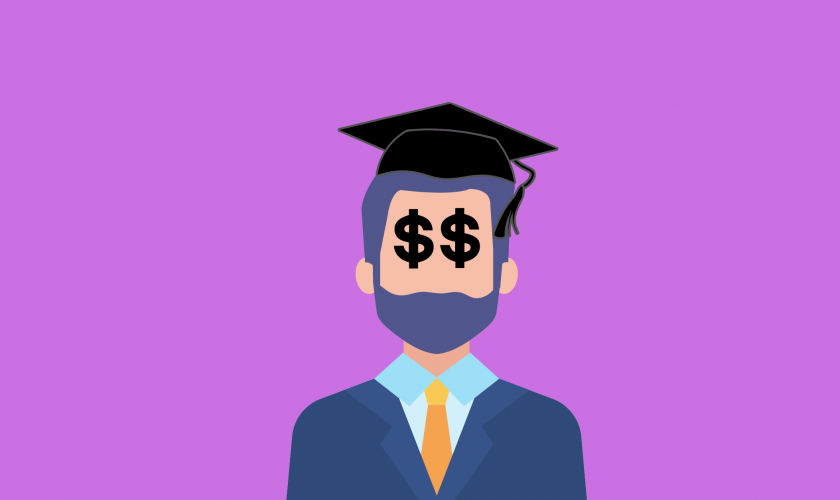 Words by Corey Everitt and Ana Best Editor’s Note: The opinions expressed in this article belong to the authors, and should not be taken to represent the views of Lot’s Wife. The crisis of revenue in higher education cannot be understated. Most universities are going to be writing off hundreds of millions of dollars for just this year. Monash has announced an expected loss of $350 million, while University of New South Wales is claiming $600 million. The sector has to make profits like any other in order to survive. Universities have made giant leaps as an industry thanks to
Read more
AnalysisOpinionPolitics 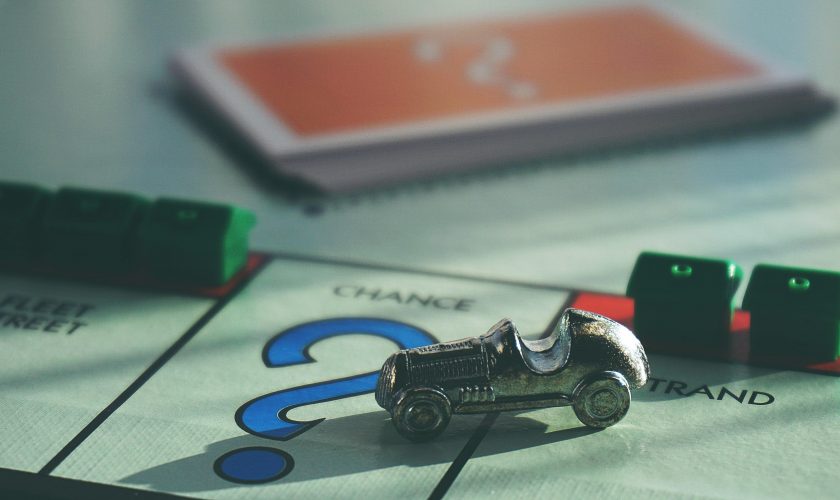 Words by Rafal Alumairy Editor’s Note: The opinions expressed in the pieces are not necessarily representative of Lot’s Wife Real estate agents and landlords have far too much power in negotiations with tenants. In the middle of a global pandemic, we can’t leave tenants at the mercy of landlords without stronger rights. Without robust state oversight on tenancy negotiations, tenants will be screwed. So, everything’s fine and you feel like things aren’t perfect but things are finally starting to go okay – you’ve moved out of your parents’ house, you’ve got a good job at a café, you live in
Read more
OpinionPolitics 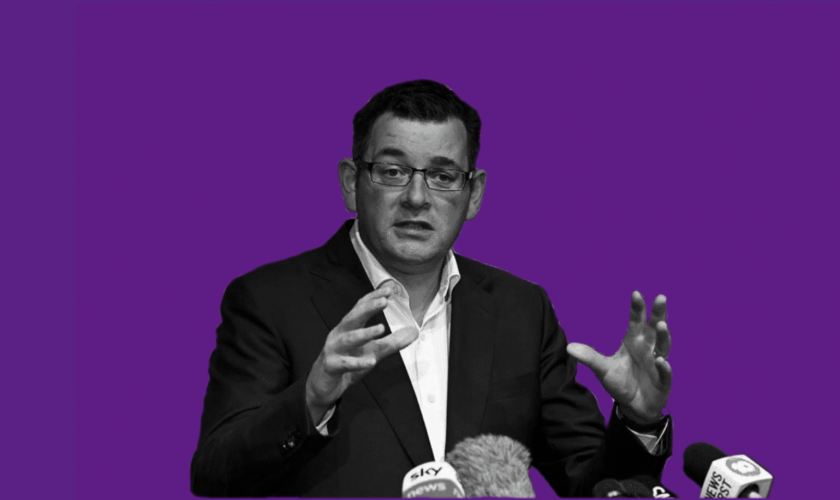 Words by James Desmond Editor's Note: The opinions expressed in the piece are the author's, and are not necessarily representative of the views of Lot's Wife. The author is a member of the Australian Labor Party.  In many ways, Victorian Premier Daniel Andrews finds himself fighting a war on two fronts; chiefly, against the COVID-19 pandemic (the health, societal and economic consequences of which will be felt for generations to come), and most ridiculously, against both the Victorian and Federal Liberal parties, hellbent on undermining him at every turn.  Regarding the former, one would be hard-pressed to find legitimate criticisms for
Read more
AnalysisOpinion 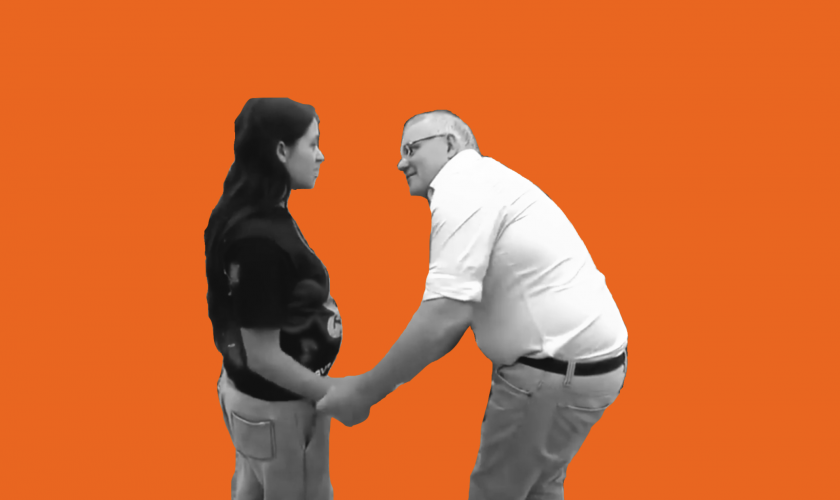 NOTE: The views expressed in the piece are the writer's, and are not necessarily the views of Lot's Wife By Corey Everitt Four thousand people are stranded on a beach. The night sky has turned from pitch black to a crimson red. Communication is gone, the roar of a wall of fire becomes louder, the smoke is suffocating. A siren is heard from inland: this is their signal. They must enter the water because land is no longer safe. As the fire encircles them, there is no certainty of what to do next, no word of rescue. This is not
Read more
AnalysisOpinionPolitics 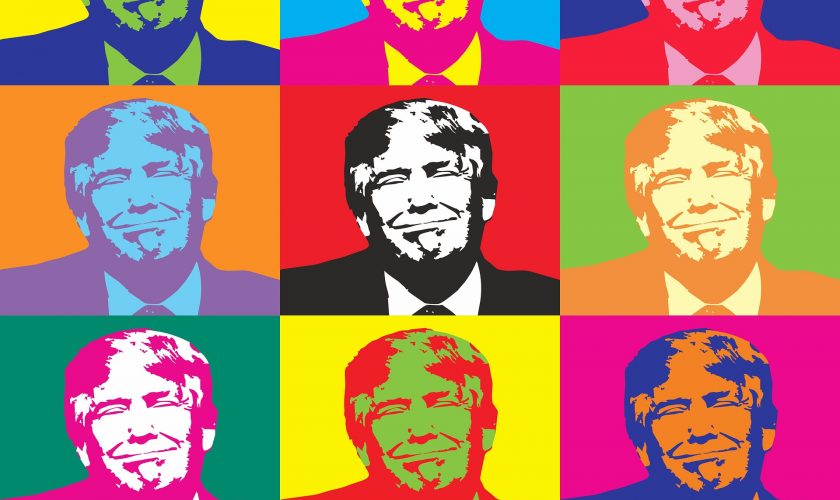 Who will be Trump's presidential opponent, and can they overcome his anti-democratic antics?  By James Qumsieh  Donald Trump won’t win. It’s what I tell myself every day. In 2016, I fully expected Hillary Clinton to win, as I think most people did, including Donald Trump. So when she lost, I was in shock because I had assumed for months that she would win, and I was waiting for the results to only confirm my assumption. Since then, we have learned a great deal about how the President actually won, including his campaign’s coordination with Cambridge Analytica and theirs with Facebook.
Read more
AnalysisOpinion 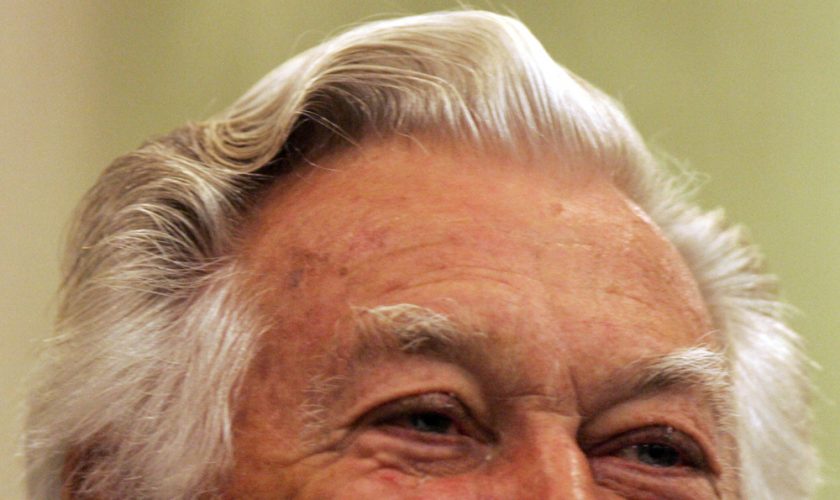 By Gursewak Singh  A man who cast a shadow above all those around him and has forever left a mark on Australia—our country would not be the same without his immense contribution.  As the 23rd and the longest serving Labor Prime Minister, from 1983 to 1991, Bob Hawke pioneered the more than 30 years without a recession, modernised and opened up Australia’s economy to the rest of the world, championed Medicare, placed environmental issues within the realm of federal government, and christened ‘Advance Australia Fair’ as our national anthem.  Bob Hawke began his public career through the Australian Council of Trade Unions (ACTU) as the prominent advocate for
Read more
load more