In an apocalyptic future, humanity is on the brink of starvation. In their desperation, they have legalised cannibalism and a man has just been the first to sell his own leg. I won’t be ruining anything for you when I say the opening image of Autocannibal is striking. Mitch Jones hangs suspended by a single leg, next to a rusty saw. The tension is short lived, but palpable.

What was sold as a controversial and delightfully disgusting show was surprisingly lacking in gore. I definitely gagged, but not as much as I expected. In fact, Autocannibal turned out to be quite a funny show. Jones excels at physical theatre, conveying the hilarity of his situation without a single word. In his isolation he cycles through human interaction: listening, disagreeing, stupidity, begging, preaching.

Autocannibal’s most astonishing feature is Paul Lum’s lighting design. Bold squares form paths across the stage, uniformity at odds with the grotesque distortion of the human body. Images from the show will stick in the audience’s mind  long after its end, a testament to the tandem effort of Lum and set designer Michael Baxter. Bonnie Knight’s sound design is strong, but not exactly synthesised with Jones’ performance, creating what feels like unintentional discord.

Capping off at a lean 50 minutes, Director Masha Terentieva has read the room correctly: more of the same and it would have been too much for the audience. 50 minutes perfectly encapsulates the breadth of the show as it stands.

I would have enjoyed some more world building and a more synthesised sound design, but overall Autocannibal is a highly enjoyable show, filled with black humour and impressive physical feats. 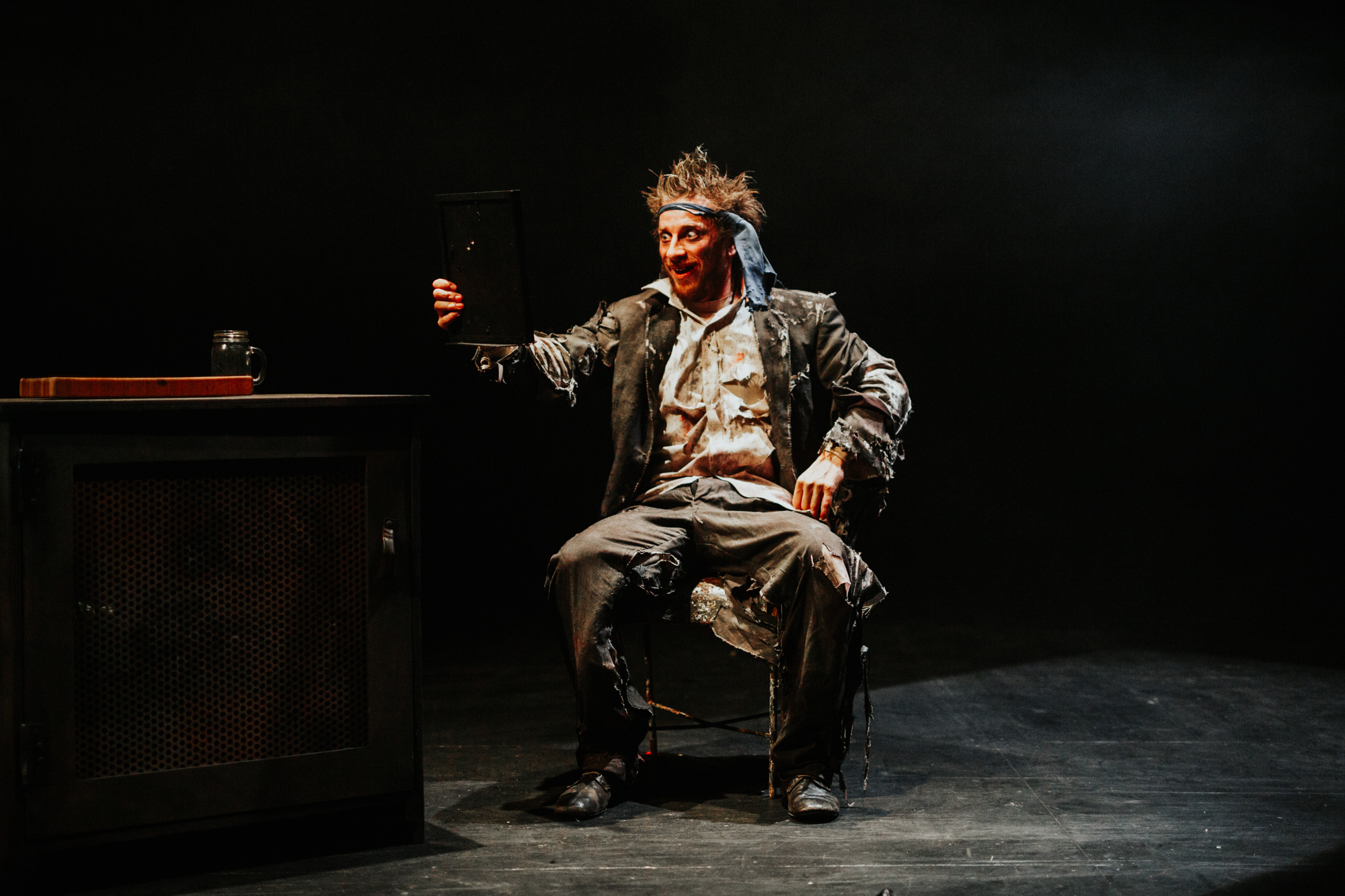