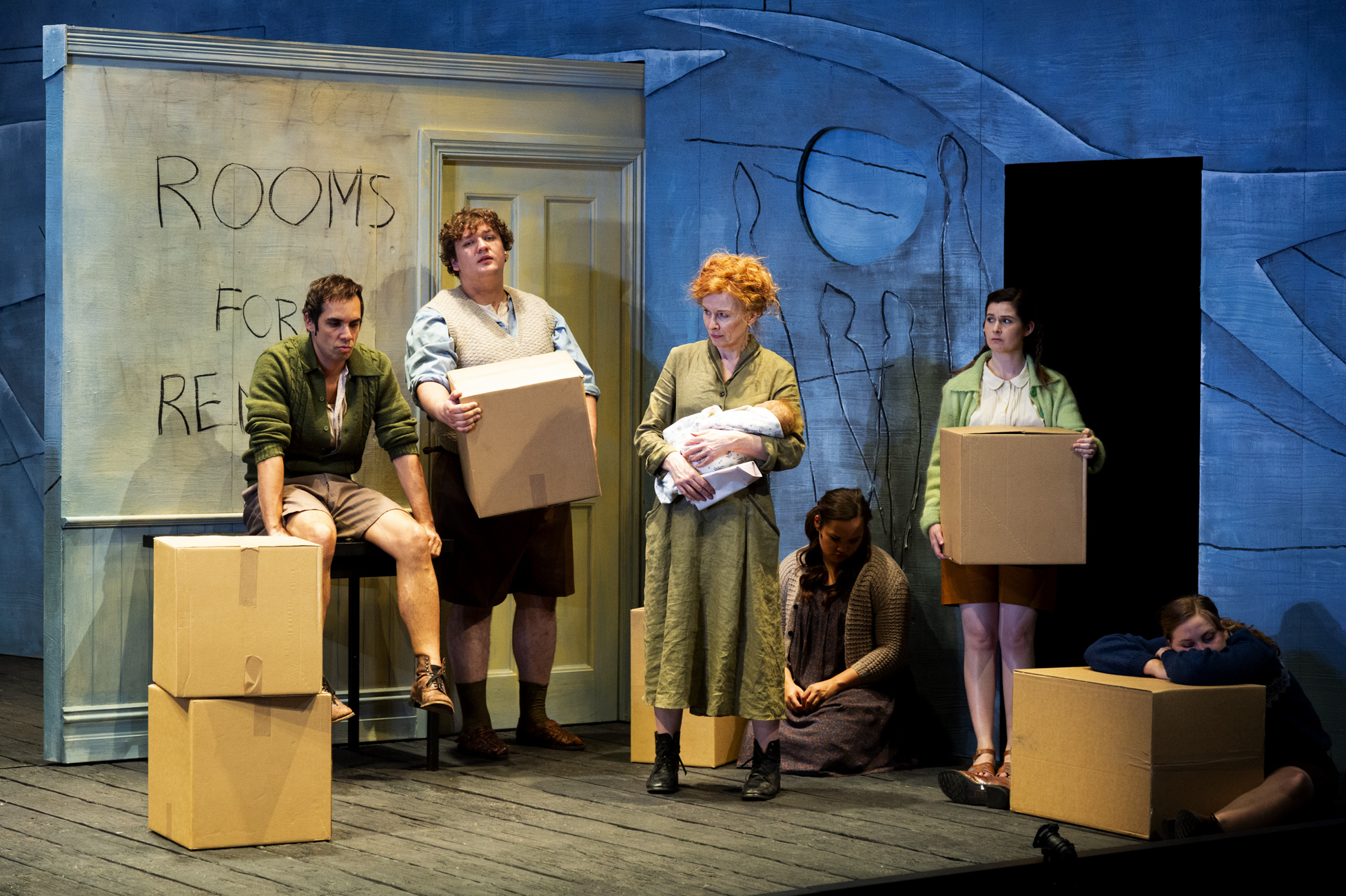 The Malthouse Theatre’s performance of Tim Winton’s Cloudstreet was a serious, precise and honest rendition of the Miles-Franklin Award-winning novel.

Cloudstreet tells the story of two large working-class families who start sharing a house in Perth. By focusing on the domestic life of these two families, the play explores Australia’s rocky history and how the social impact of our history influenced the life of the everyday Australian.

The story follows the Pickle family who, after a traumatic event, have inherited a house at number 1 Cloudstreet in Perth, of which they rent half to another family called the Lambs, who start a grocery in the front room of the house. Although both face economic challenges, the two families are as different as night and day. Where the Pickles let fate choose their path, taking chances, taking a backseat in the outcomes of their lives, the Lambs are go-getters, fighting for a better future and determining their own journey – as much as is possible that is.

The audience bears witness to disaster, adultery, passion, disillusionment and pain, as we watch the two families navigate the perils presented by both the time in which they are living, and the ghosts that are haunting them.

The set in particular was stunning, the walls of the house morphed across the stage to become a character in its own right, moving, growing, and changing as the families did too. In scenes based on the river, water rose from the floorboards of the stage to create a piercing, harrowing, inky black mirror that barely rippled, even at the actors’ feet.

The narrative itself was a little choppy at times, with events happening for no reason other than because the events were relevant. For example, Winton’s plot obviously demanded that two of the young Pickles must return to the same river where a major event had happened earlier in the play, so the father of the family, for no obvious reason, bought a boat that there was no logical reason to buy, nor an inclination that he ever wanted one. Then, faced with the task of getting this boat home, they made the two boys, despite obvious reasons why they should not do it, try to row home alone.

Personally, I am usually quite impartial to extremely Australian story lines, mostly because it makes the story so familiar, so understandable, that it takes away the sense of the unknown and the unfamiliar that I love in stories. This opinion undoubtedly coloured my experience of Cloudstreet.

That being said, the performance was solidly enjoyable and for anyone that is a fan of Tim Winton’s stories, Australian-based sagas, or if you’re simply a fan of The Malthouse (honestly, I will watch literally anything that they have on), then I can happily recommend Cloudstreet. Also, not to give too much away, but if you go you may be lucky enough to get a free ice cream!

Unfortunately, I was only able to see the first night of Cloudstreet because I was sick the next day so was unable to attend the second-half of the performance.

Cloudstreet runs over two nights and is playing at the Malthouse Theatre until Sunday 16 June.