Think of Darren Aronofsky’s Black Swan, but minus the hybrid human-swan CGI and more scenes about how an excessive pursuit of artistic perfection ruins family relationships – that’s The Audition, or in its original German name, Das Vorspiel.

Director Ina Weisse’s drama film begins realistically enough: middle-aged, middle-class music teacher Anna (Nina Hoss) takes a student Alexander (Ilja Monti) under her wing and gives him violin lessons in preparation for an audition. Yet, it is precisely this ordinariness that anticipates an unsettling storyline. We soon learn that because of Anna’s upbringing, she carries a parenting psyche that would prove to be traumatic – living vicariously through both Alexander and her ten year-old son Jonas (Serafin Mishiev), and pushing for them to do what she never had the opportunity to achieve. 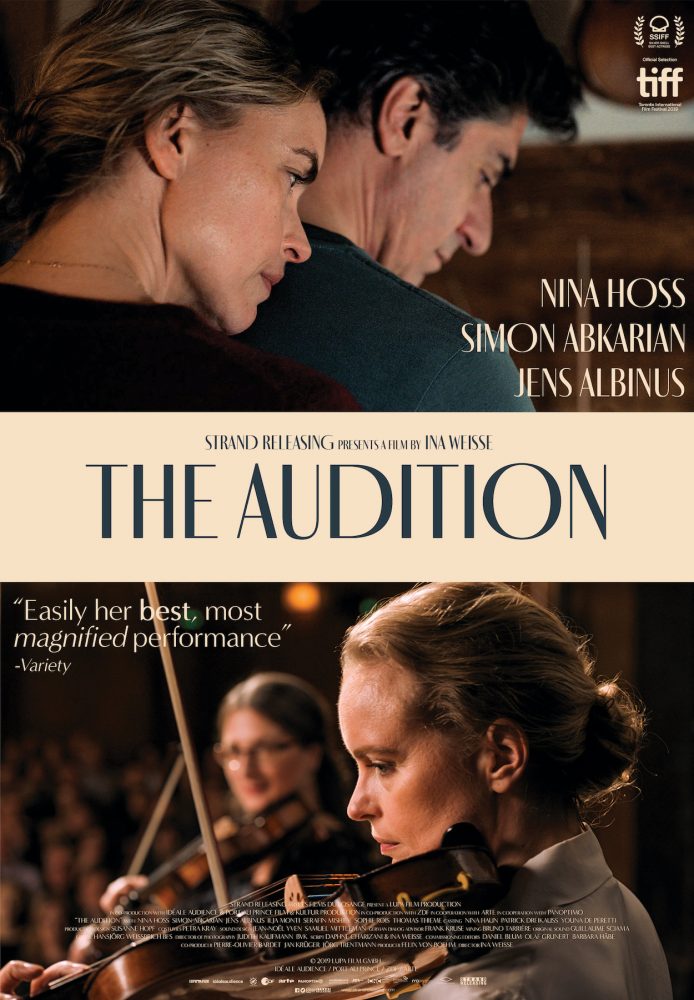 If the chasms between Anna, Alexander and Jonas aren’t enough, Anna’s extramarital affair with her cellist colleague Christian (Jens Albinus), who is also a colleague of her husband Philippe (Simon Abkarian), leaves it very hard for us to have sympathy for her character. Although a maker and mender of string instruments, the fact that Philippe is the only character in the film that speaks in full French also highlights his status as an outsider in Anna’s world.

Hoss’ successful delivery of an Anna who is emotionally frustrated yet has to maintain her posture as a violinist, a music teacher, and a mother is also responsible for us withholding sympathy as an audience. Normal on the outside, frustrated and complex on the inside – what Anna goes through is realistic, relatable, even. Monti’s performance, which captures the body language of an anxious, introverted young talent, is also worthy of praise here.

I recall that prior to the screening, a member of the organising committee cautioned that Das Vorspiel is “not exactly a crowd pleaser”. If they’re referring to the technical aspects of the film, I can see why. Cast performances aside, some may find that Das Vorspiel is not exactly music to their ears. As Anna starts to be consumed by her obsession with music and performance, what unfolds is a series of sub-plots and details that are tangentially related to Anna’s mid-life crisis. These were either unexplained or tied up almost carelessly in the end. But perhaps this ambiguity forms part of the narrative, and is a representation of Anna’s state of mind: a disconcert.

Presented by Palace Cinemas, The Audition is now showing in cinemas from 25 May to 30 June as part of the German Film Festival. Tickets and showtimes here.

Edition 3 out now – Get your copy today!