Jie Yee [JY]: I’ve been reading a lot of reviews about Working Woman online, and a lot of the reviews link it to the ‘#MeToo’ movement in the U.S. and it’s described as a film that realistically represents the movement. What do you think about mainstream media linking Working Woman to ‘#MeToo’?

Michal Aviad [MA]: The idea and writing of Working Woman happened before the ‘#MeToo’ movement; we were on the third day of filming when ‘#MeToo’ exploded, so I was not influenced [by the movement] because I was not able to be influenced. The ‘#MeToo’ movement is about famous, rich, news-making women coming out to expose the harasser/attacker. [But] Working Woman is dealing with an anonymous woman whose experience is probably similar to millions of women all around the world who are not rich, not famous, and cannot make the news. This kind of sexual harassment happens to them day-in and day-out, everywhere on the planet.

JY: During the creative process, I heard that you and your writers listened to a lot of testimonials of women from different backgrounds. When going through the materials, were there any instances in particular that made you think, ‘I have to address this issue in the film’?

MA: I think the movie is a combination of what we read, what we listened to, who we met and our own experiences as women, as working women — so it’s a mixture of all of those. And the amazing thing is that after every screening, women come up to me and tell me, ‘This is exactly what happened to me’. So I think it’s important to go through a process that happens all the time, and a process that is both a psychological and a physical one.

JY: Speaking of the psychological, many viewers after the screening felt that the movie had the effect of a psychological thriller as opposed to the genre in which it is classified, i.e. the drama. How do you feel about the psychological aspect of the film being this impactful in the end?

MA: Some people told me that I had made a horror film and asked me to explain to them how to make a horror film! Frankly, I have no idea how to do it. What happened [in the movie] is basically that: you have no power, you need the job, you like it, it’s hard to find another job and you try to somehow to continue working and telling yourself that you’ll be okay, you’ll manage it and you’ll keep him at bay. That itself brings out so many issues that are, of course, all psychological.

JY: That’s very true. Continuing along this line about the psychological, there were many scenes that were highly confronting and uncomfortable. During the filming process, were there any scenes where the cast and crew felt that they were particularly uncomfortable to film?

MA: Because I’m a feminist filmmaker, and because this is a feminist production — and our main actress actually breastfed along the production process because she just gave birth four months ago — what we decided was that it was okay to improvise most of the plot, but not the sexual scenes. We rehearsed those scenes movement by movement and very meticulously. I didn’t want the actress to be surprised; I wanted her to know exactly what was going to happen to her and she said that that had really allowed her to focus on what she felt rather than, say, ‘What is [the director] going to do to me?’ I think that the business of mostly male directors is that they tend to want to ‘surprise’ the actresses — it was exactly what we did not want to do.

JY: To wrap up our interview, Working Woman will arrive in cinemas in Melbourne on 10th October, so is there anything you’d like to say to audiences who are going to watch the film, and what advice would you give to aspiring woman writers who are also wanting to address the issue of sexual harassment in the workplace?

MA: Sexual harassment in the workplace is only one of the many issues concerning women that we don’t deal with enough; we barely tell stories about women — we barely even represent women in cinema. It’s about time that we deal with women in cinema and it’s about time that we make films about women. I’d like for both women and men to come out of the cinema trying to really understand what is wrong in the relationship between men and women today. We all live in a culture where women feel guilty when they are sexually harassed, and this is something that has been instilled in us since childhood — and men feel that women are guilty. I want people to leave the cinema understanding what women go through, change this culture, and raise children — both boys and girls — teaching them that women are human beings. 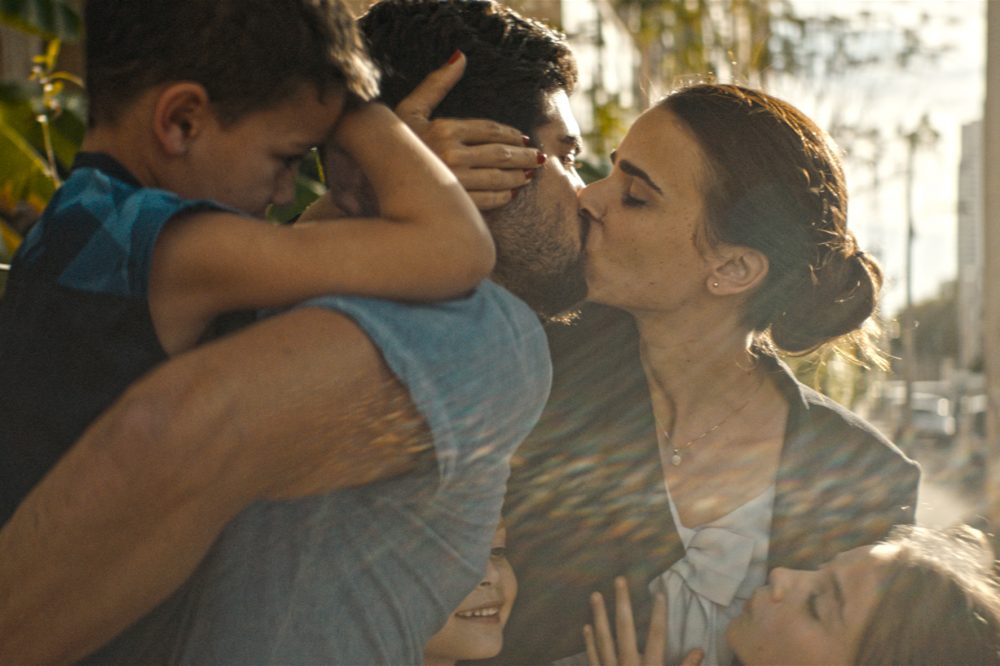