What do a knife, a set of dog’s teeth, a book, and a knee have in common?

The wide appeal of the two previous John Wick films has been the result of multiple factors. The most significant factor being that they stand out amongst other films in the action genre due to the creative, imaginative, and at times enjoyably over-the-top ways the films are shot and choreographed during their ubiquitous fight sequences. The first film established this foundation, Chapter 2 built upon it, and Chapter 3: Parabellum has followed this trend in an increasingly effectively gruesome and stylised manner. To answer my initially posed riddle: Our title character manages to utilise all four items to greatly injure the nuts of his attackers. For a film to carefully craft its mere crotch-shots all with such creatively graphic methods, the quality of the rest of the film’s production only serves to raise its standards.

The translation of Parabellum is “prepare for war” – this is perhaps a warning not only to the film’s protagonist, but also to its audience. Being the third chapter in the saga, it is assumed the audience has some knowledge of the gruesome nature of the films and their habit of topping themselves at every turn; so as a result, it starts with a bang and ends with a bang. There’s no denying that the focus and main draw is its action scenes, yet the film still manages to weave in tragic themes of consequence and memory. The former shapes the very basis of the film – the decisions John made at the end of Chapter 2 directly result in his bid for survival in this film, in which a large bounty is placed on his head as he goes on the run from the world’s assassins. This is no longer a story of vengeance – this is a story of survival. John’s survival is given depth beyond simply living – life is given meaning through memory, and it’s John’s desperation to not only hold onto his memories of love and happiness, but to also be remembered, that fuels him. “Who do you wish to die as?”, John is asked, and the film provokingly follows John’s journey in answering that question – albeit whilst dodging the countless bullets, knives and punches thrown his way.

John Wick has already been established as an incredibly resourceful assassin in the previous films in the saga, yet this film manages to build his character in interesting and provocative ways. If you managed to forget why John Wick is one of the most legendary and feared hit men in the world, the film reminds you from the get-go, wherein the first ten minutes he helps a fellow assassin get his head around a book – if you haven’t seen the film yet, you may read this and think John has taken up a job tutoring students in English Literature. This is, unfortunately for that fellow assassin, not the case. This is John at his most desperate, and Keanu Reeves manages to find these nuances in an otherwise straightforward plot and character progression to great effect. John is cold, but he is human, and Reeves finds the perfect balance in his portrayal. Joining Reeves for this film is co-star Halle Berry, playing John’s former friend and colleague Sofia. Berry fits right into this universe, completely enveloping herself in the fast-paced action sequences, while also being as an intriguing counter to John, bringing a new level of empathy to the pair. Returning from the previous films is Ian McShane as Winston, the owner of the assassin safe haven The Continental, who manages to steal every scene he is in with his naturally suave charisma and charm, and Laurence Fishburne as the proclaimed crime lord The Bowery King. It would also be remiss of me to fail to mention the standout stars of the film: the dogs. They are all good dogs.

The film is constantly exciting and suspenseful, which for 131 minutes, is an incredible achievement. It manages this through its incredibly intelligent visual composition and camerawork. Director Chad Stahelski defies the action genre’s tendency to rapidly cut shots that are often too quick and disorienting. The shots are graceful when they need to be, as are they paced according to the needs of the scene – some particular shots are nothing short of stunning. Noticeably, many scenes have an overarching individual colour or contrast that enhances the actions on screen. What is clear is the undeniable thought that has gone into the crafting of the shots of the film, and this effort should be applauded.

The plot is straightforward, but that certainly isn’t a bad thing in the case of this film, in which the excitement and engagement is accompanied by heightened stakes. There were moments throughout the film where I thought these high stakes faltered and inched lower – but these were few and far between, and afterward, the stakes were raised once more. The role of The Adjudicator managed to feel off at certain points; her presence was needed to represent the higher power of The High Table, but could have been improved through more interesting dialogue and provoking characterisation. Regardless, even if these aspects pull the film down somewhat, they do not detract much from the exhilarating experience an audience will have watching it.

John Wick Chapter 3: Parabellum is action at its finest. You’ll laugh. You’ll wince. You’ll do both simultaneously, multiple times. Stahelski, Reeves, and the rest of the cast and crew prove once again that John Wick is a leading franchise in the action genre, and should be admired as an example of action utilised to its fullest potential. 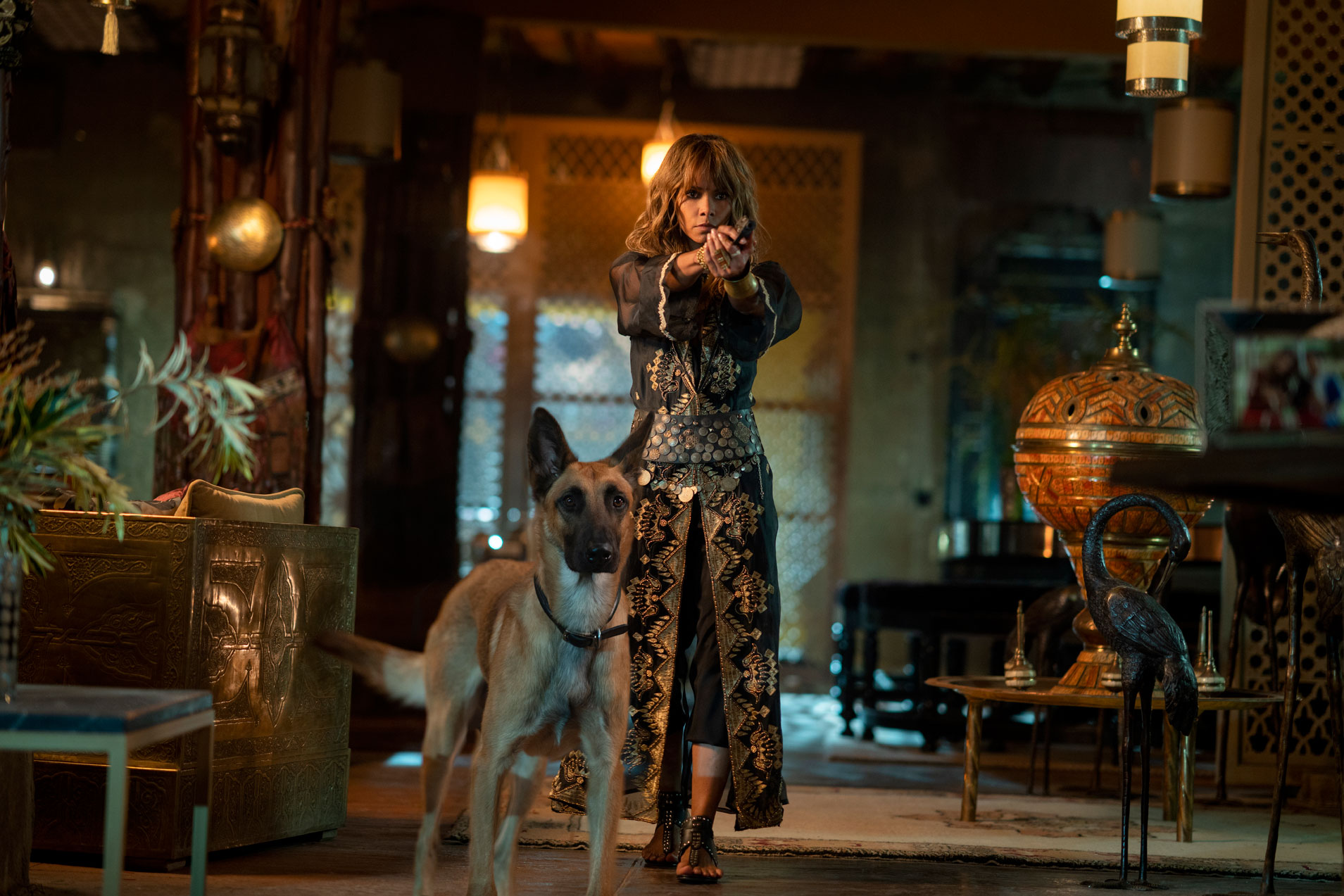