2016 has been a tough year globally. We saw the re-emergence of the far-right around the world, through Hanson in Australia, Brexit in Britain, and Trump in America. There has been an apparent increase in world instability; and the death of a myriad of beloved celebrities.

Consequently, we all needed a strong year of cinema. Films are inherently a form of escapism; and there is nothing better than a good film to take our minds off personal, global and institutional problems. Sometimes, film can even focus us on these issues, and help us understand them even more- thereby better equipping us to tackle them.

2016, like most years for cinema in Australia, started strongly, began to wane a bit, and then exploded in grand style. The last couple of months, though, have certainly presented us with plenty of exceptional films, and this will be reflected in my personal top 10 list.

The only Australian film on the list, Goldstone was directed, written, photographed and its music composed by ‘master-man’ Ivan Sen. Goldstone follows Jay Swan (Aaron Pederson), a disgruntled Indigenous detective who stumbles upon big-time corruption in a rural town in Queensland. The film is laced with important social commentary, particularly with respect to persistent racial issues in Australia.

Hacksaw Ridge is the cinematic comeback for the controversial Mel Gibson. Although questions regarding his character remain, the merit of this film is verifiable. It centres around the journey of Desmond Doss (Andrew Garfield), a deeply pious man who refuses to kill in WWI on account of his religious beliefs. He proceeds to serve in the US military as a medic without a weapon, despite the urgings of his family and his fellow soldiers.

Doss’s story is a compelling one; and his acts of pacification and benevolence during war are commendable. Gibson’s direction is conducted with a gritty, undying realism that makes the scenes of war some of the most engrossing, ugly and visceral manifestations of war ever depicted in art.

Anomalisa is a funny little film that presents us with a familiar situation in an unfamiliar way. This is of course the way that writer and director Charlie Kaufman usually makes his highly-acclaimed films.

Anomalisa is photographed using stop-motion animation. Michael (David Thewis) is attending a conference for his work. Despite the change of scenery, he cannot shake the idea that his life is meaningless; replete with mundanity. That is, until he meets a nervous girl named Lisa (Jennfier Jason Leigh). Everyone in the film has the same voice as Michael, except Lisa, whose voice is alive and vivacious.

Anomalisa is a touching film that reaffirms the importance of taking unique opportunities amid the ordinary course of everyday life.

Weiner is the only documentary that features on this list. It is about the ill-fated campaign that former New York congressman Anthony Weiner launched to become the Mayor of New York in 2013. Weiner had been forced to resign from his post as New York congressman because of a spate of sexual indiscretions involving his mobile phone.

Weiner, and his wife, Clinton advisor Huma Abedin, are at first confident, happy and relaxed. Weiner’s campaign looks promising, and he begins as a frontrunner in the polls. Everything falls apart when it is discovered that Weiner had been involved in more ‘sexting’ than previously known. The film quickly thereafter descends into something very pitiful- as we witness the demise not only of a campaign, but of individuals and of close personal relationships. What makes Weiner such a fantastic documentary is the almost unprecedented access that the filmmakers are granted to give insight into the inner workings of the Weiner campaign and of his own personal life.

Arrival is the latest film from filmmaker Denis Villeneuve. He hasn’t yet made many films, but all of them have been powerful pieces of cinema. Arrival is no different.

Arrival is a refreshing, intelligent riff on the alien-invasion film. Louise Banks (Amy Adams) is a linguistics professor who is brought by the US government to initiate communications with aliens that have landed all around the world. This proves hard at first, but Banks’s efforts result in success, and what the aliens have to tell her is to reconfigure the course of her own life and that of humanity itself.

Arrival seamlessly takes place on a small and large scale, and it is much more concerned with truths about the nature of humanity than over-done, clichéd scares of alien invasion. I can’t wait for Villeneuve’s Blade Runner 2049.

I, Daniel Blake represents a high-point in the career of socialist director Ken Loach. Its anger at apathetic bureaucracy is well-founded, and very much ubiquitously ready to burst throughout the entire film. In fact, I, Daniel Blake begins with the titular character (Dave Johns) verbally remonstrating with a government worker who is asking him a standardised set of questions to test whether he is eligible for welfare payments.

Daniel Blake is a carpenter that has never exploited the state. He has always worked hard, but after a heart attack, Blake is unable to work. Much to his despair, the state decides that he is ineligible for welfare payments, and this incurs his venomous ire. While he is sparring at a welfare office, he meets single mother Katie (Hayley Squires), and the two of them help each other and fight together to survive.

I, Daniel Blake is a politically charged piece of neo-realist filmmaking that makes an water-tight case for the state to treat its citizens with more empathy and dignity than it currently does.

The Handmaiden is based off Victorian novel Fingersmith, and adapted nicely to ‘30s Korea. It revolves around a plan that involves Sook-Hee (Tae-ri Kim), serving as the handmaiden to Lady Hideko (Min-hee Kim) so that she can make it amenable to Lady Hideko to marry Count Fujiwara (Jung-woo Ha). Thereafter, Count Fujiwara would put her in an asylum and claim her considerable fortune.

The Handmaiden quickly deviates from this plan, and everything becomes a bit more complicated and blurry than what is first concocted. This is predominantly due to the unravelling of Count Fujiwara’s motivations, Lady Hideko’s past, and Sook-Hee’s love for Lady Hideko. Certainly, The Handmaiden takes place on an epic romantic scale. The film is only augmented by the amount of visual beauty and detail that director Chan-wook Park injects into it.

La La Land is sure to sweep up awards at the upcoming Oscars, and to throw Damien Chazelle’s name up as one of the premier American directors. It is the kind of film that is most needed at a time where the world is not at its best.

Sebastian (Ryan Gosling) is a jazz musician that has yet to break out of playing at venues that couldn’t care less about his passion. Mia (Emma Stone) is an actress that has yet to have a successful audition. The two of them have sizeable dreams, and try, without luck, to materialise them in a packed L.A. After a few fortuitous and upbeat encounters (they dance and break into song together), Sebastian and Mia begin to fall in love. The only question is whether they can healthily balance their relationship and their professional lives.

La La Land is an advanced form of the fun-filled ‘50s Hollywood musicals, and it is bound to leave anyone who sees it simultaneously happy, ruminative, nostalgic and melancholic. Probably, it takes the most inspiration from Scorsese’s New York, New York, but its derivative and original qualities are balanced perfectly to make La La Land an unmissable film.

Hell or High Water is one of the few bank-robbing, heist films that stands out above the pack. This is surely because of the fantastically realistic performances given by leads Chris Pine, Ben Foster and Jeff Bridges, and its human exploration of ideas such as family, economic frustrations and the compromises we must make to improve our lives.

Brothers Toby (Chris Pine) and Tanner (Ben Foster) are instantly introduced to us as unorganised bank robbers. Although the nature of what they’re doing is unseemly, they always remain fully fleshed-out humans to us. They run across the state of Texas, robbing banks so that Toby can pay back the money he owes on his family home. All the while, we are presented with a parallel journey, as Marcus (Jeff Bridges), a Texan ranger, is looking to round off his career by apprehending the robbers.

Hell or High Water is not memorable for its violence, or its robbery scenes, but for its instances of human bonding and interaction. Nonetheless, it is suspenseful when it needs to be, and thoughtful in other places. Many have rightly called it the modern Bonnie and Clyde.

I doubt that Embrace of the Serpent would be at the top of most people’s film lists of 2016. It is indeed a great film, but its unconventionality might have soured some viewers.

It is certainly a film that is hard to put into words. This is because of its uniquely visual and hypnotic depiction of the Amazon rainforest, and of the Amazonian people. The film loosely centres on Karamakate (Nilbio Torres), an Amazonian shaman, as he begrudgingly helps two different White scientists, at different intervals, try and find a sacred healing plant.

Embrace of the Serpent is filmed in a rich black-and-white, and its shots of empty Amazonian waters, cocooned by trees and forestry, are simply breathtaking. The photography of the Amazon takes us as viewers to the beautiful environment, and its sense of the uniqueness of the location is unparalleled in my film-viewing experience.

The film gives us an unprecedented look-in at the wonderful Amazonian people, and its shapeless narrative allows director Ciro Guerra to depict the interaction between the Amazonian people and White scientists through a natural lens. Similarly, the abandonment of a coherent narrative helps portray the awkward, fractured relationship with the two races- thereby engaging with a complex political issue with due truthfulness.

Ultimately, Embrace of the Serpent represents the heights of what cinema can achieve, and how it can transport us to a different place and give us important insights we wouldn’t otherwise have.

Students’ mental health will be compromised by cuts to counselling service

The Realm, or How I Learned to Stop Worrying, and Love the Politics 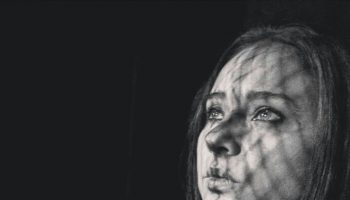