Terrorism is the physical, and often violent, expression of extremist political ideologies. This is present in both left and right wing politics (the Weather Underground and Anders Behring Breivik respectively), nationalism (Liberation Tigers of Tamil Eelam (LTTE)), and religion (the Army of God or al-Qaeda)*. The rise of extremist ideology is a trend which surpasses continents, language, race, and culture.

Currently, one of the most talked about groups is the Islamic State of Iraq and Syria (ISIS, also known as ISIL, IS, or Daesh). ISIS rose through al-Qaeda’s wake and began headlining in 2014. They were established long before that, in 1999, as a supporter group of al-Qaeda. They played a role in the uprising in Iraq after the 2003 US invasion and became known for their suicide bombings in the region. Their main objective is to create a caliphate, a religious nation state dedicated to an extreme traditionalist version of Sunni Islamic beliefs. Their geographical objective starts in Iraq and Syria, but the end goal covers the entire world. Although this is not an achievable target, they have demonstrated extreme efficiency in the promotion of their acts of terror, particularly through the use of social media. Their capabilities show an understanding of decentralised sympathisers which has remained previously untapped by terrorist organisations.

Their messaging within social media statements has become key to promoting individual acts of terror and winning over sympathisers. Every action is displayed as a positive for the caliphate. Every win is claimed as one step closer, and every loss is explained away in terms which only generate further support. This gives an illusion that they are always moving forward, even when key figures or territories are lost.

They also use adventure-driven statements to encourage sympathisers to act. Not only would a terrorist act committed in their name be beneficial for them, but it would be exciting, an individual undertaking to promote bigger and better ideals. It would be a chance to prove yourself, become something, and be remembered and revered. This tactic was successfully used by the LTTE in Sri Lanka. Members of their suicide team the Black Tigers, were given legendary status. They were allowed to meet their god-like leader Velupillai Prabhakaran, there was a specific day dedicated to celebrating those who had given their lives to the cause, their families were financially supported and boosted socially. It was believed that you truly played a part in creating a better world.

ISIS has ensured that they will not run out of soldiers, no matter what happens in Iraq or Syria

This hits on another key point ISIS have taken advantage of. They use their version of Salafi or Wahhabi Islam to promise outcomes, both real and spiritual. They offer a better world to those who have been slighted, especially by the West. They use real pain to justify their actions, and it supports this idea that what they’re saying is truthful. They provide a solution to the flaws of imperialism, colonialism, and democracy. Through using religion as a vehicle for these solutions they seem accessible.

The use of videos or pictures to demonstrate the suffering they claim to be fighting for, further validates their point.  In addition to this, they translate their messages into multiple languages, including regional dialects, which strengthens the connection with the audience.

Through personalising their social media content, ISIS have created an invisible network which inspires people to take their own lives as suicide bombers in the name of a cause which they’ve not had direct contact with. This demonstrates the further decentralisation of terrorist groups and the changing techniques involved. It also means that anyone is replaceable. Of those who choose to give their lives in a terrorist attack, there’s a shadowed crowd standing behind them, waiting their turn. ISIS has ensured that they will not run out of soldiers, no matter what happens in Iraq or Syria. They’ve appealed to people in a way which has made matters personal, and as they lost ground in the Middle East, attacks in their name increased all over the world. We saw this in 2017 with the increase of attacks in the UK, France, throughout Southeast Asia, and in Australia, as military forces pushed ISIS out of Mosul and Raqqa.

Should media sites take more responsibility for what is posted on their pages? YouTube, Twitter, and Facebook don’t ban content from terrorist organisations. This is a deadlock brought about by free speech. If you can’t monitor what people are saying, they can say anything. But conversely, if you were to stop terrorist organisations posting, where do we draw the line? It is also worth noting that only a fraction of viewers who view ISIS propaganda are convinced by them. But it gives intelligence analysts and other professionals around the world an opportunity to study the terror groups and learn more about the organisations. And knowledge and comprehension is a key part in limiting a terrorist organisation’s power.

Social media has become a powerful, international entity. It is a tool which can be utilised by anyone who has internet access. It is impossible to block completely, so the best way to combat it is to fact-check, and triple check, anything and everything. Get both sides of the argument and weigh them against each other. As more organisations, extremist or otherwise, learn how to manipulate social media, critical thinking will become more crucial than ever. The only way to combat extremism in social media is to present an alternative opinion, to do battle with information. If viewers are allowed to form and develop discussions around terrorist’s use of social media, a trust and responsibility is given to the audience. When information from both sides is available, honest communication about the issues can occur.

* The Weather Underground was a militant left-wing terrorist organisation active in the United States from 1969 – 1977. Also known as The Weathermen, they aimed to overthrow the US Government.

* Anders Behring Breivik is a right-wing Norwegian terrorist who killed 77 people and injured over 300 in 2011. He sympathises with Nazis and is against immigration, Islam, and feminism. He was convicted and will remain in isolated incarceration in Norway.

* Liberation Tigers of Tamil Eelam were a secular, nationalist group in Sri Lanka who fought for a separate homeland from 1976 – 2009, where they were defeated by the Sri Lankan military at the end of the civil war. They were led by Velupillai Prabhakaran and were known for their suicide terrorism tactics.

* The Army of God are a Christian terrorist group based in the United States. They focus on anti-abortion campaigns and have been active since the early 1980s.

* Al-Qaeda are recognised as the perpetrators of the September 11 bombings of the World Trade Centre in 2001. They are an extremist Islamic group which are still active around the globe. 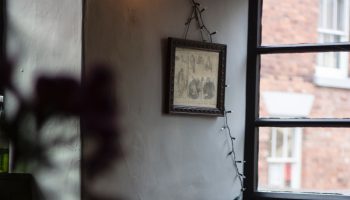