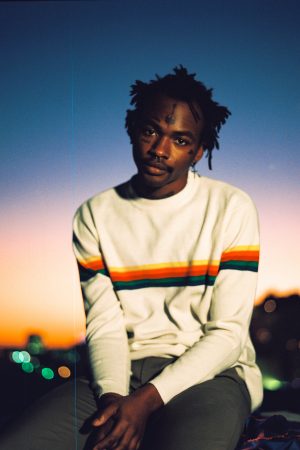 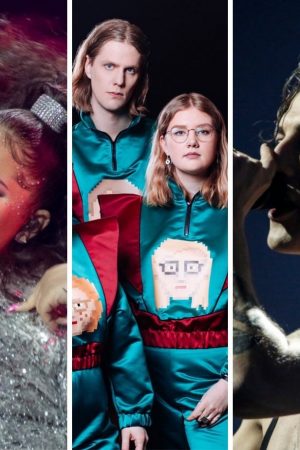 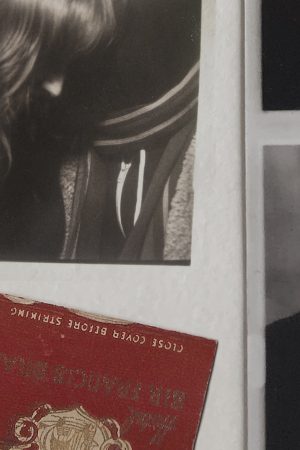 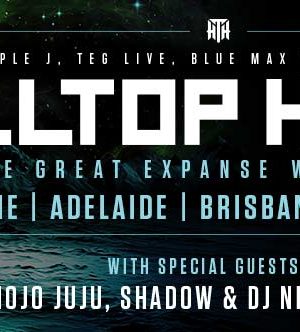 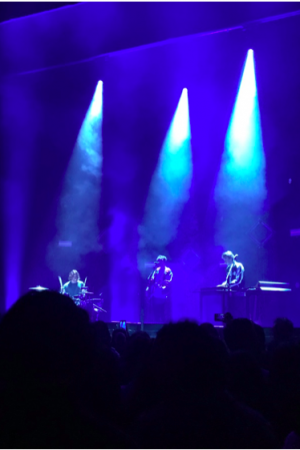 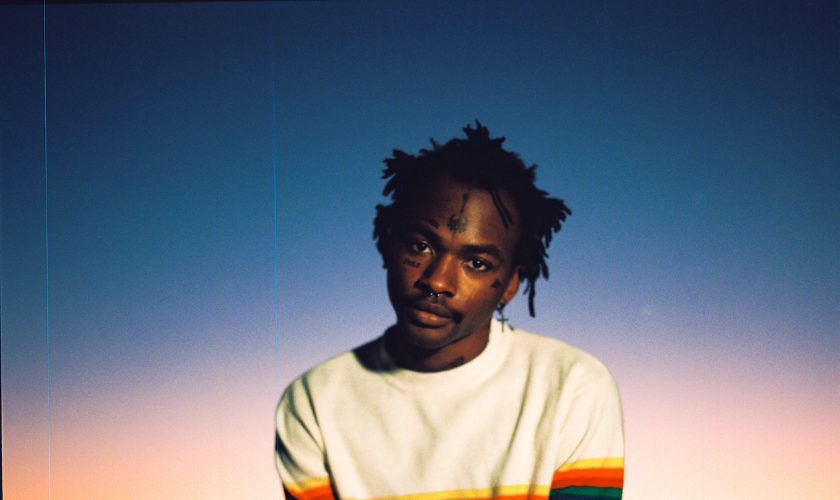 Words by Reece Hooker Terry Presume may be the next big thing, but the Nashville-based rising star isn’t scared by the moment. Presume speaks to Lot’s Wife about improving his craft, repping his hometown and how his upcoming EP is another step forward. Credit: Grant Spanier In his music video for ‘ZaZa and Some Runtz (Smoke Break)’, Terry Presume sits shirtless on a closed toilet seat, pinching a lit blunt between his thumb and index finger. The camera zooms in on the musician’s face, highlighting his septum piercing and litany of face tattoos. He stares the camera down and flashes
Read more
CultureMusic 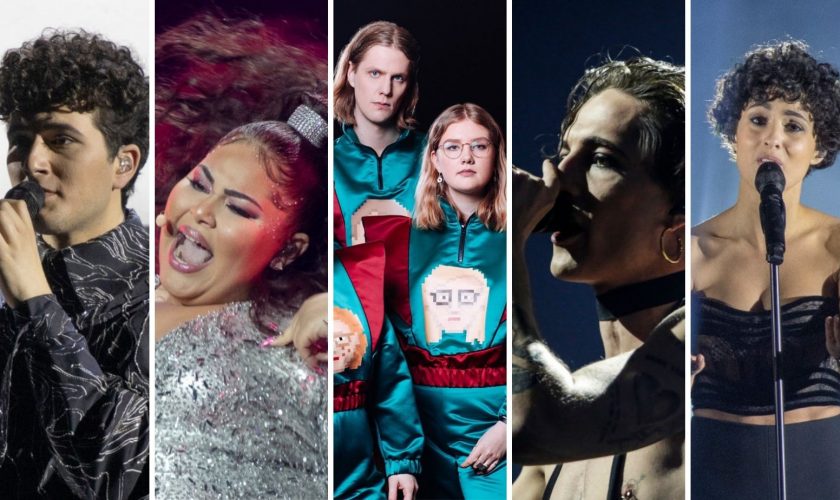 After a two-year absence from our screens, the 65th edition of the Eurovision Song Contest is finally underway. While COVID-19 means this fan-crazed music competition is operating under very different circumstances than previously, it still has the same amount of peculiarity that we have witnessed since its inception. When we think of Eurovision, we think of crazy costumes, neighbours voting for each other, out-of-this-world interval acts, and an edginess which verges on downright wrong.  However, the contest is more than this – it’s an arena for nations to come together through the talent of their artists, while also giving them
Read more
CultureMusicTheatre 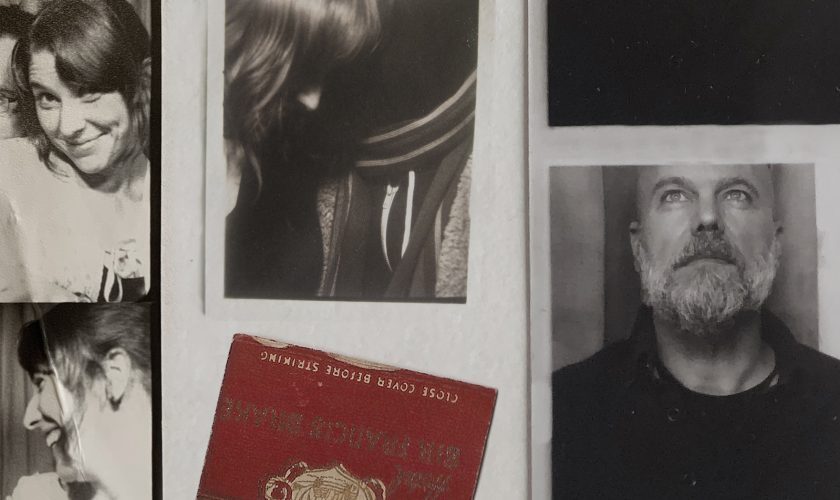 Words by Weng Yi Wong Brittain Ashford’s characteristically emotive vocals and ambient sounds are at their finest in her latest collaboration with Matt Bauer, Day Inside a Night. This four-track gem of an EP worms its way into deep recesses of the soul and settles there, lingering like an unshakable memory. Ahead of the EP’s release on November 13, the Brooklyn based performer and singer-songwriter generously navigated time zones to speak to Lot’s Wife about her music, her hopes, and her humbling life lessons from Broadway. A deeply introspective quality pervades Day Inside a Night, both in sound and subject
Read more
CultureMusic 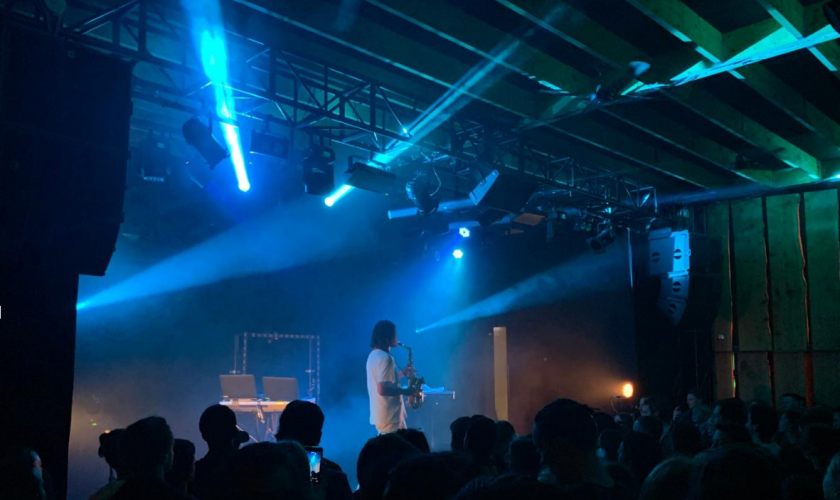 Gig Review – BAYNK at Howler, Melbourne 4/7   New Zealand born BAYNK (also known as Jock Nowell-Usticke), graced the band room of Howler in early July and Selin Kaya was there to capture it.    BAYNK is a perfect example of new-age DJs in the modern world, with his tropical house sound being sourced directly from his laptop and fingertips. That’s not all that was on show in his live performance, however, as BAYNK’s talents span from his ability to generate his own synths, play his saxophone, and sing with a mic – all whilst enjoying himself, with his
Read more
CultureMusic

By Selin Kaya   MC Pressure expands on fears and inner-workings ahead of Hilltop Hoods’ world tour, The Great Expanse Selin Kaya speaks with MC Pressure (a.k.a. Dan Smith) from acclaimed Australian hip-hop group, Hilltop Hoods, on their eighth studio album and up-and-coming world tour.    Australian hip-hop royalty, Hilltop Hoods, have been around for as long as I can remember, as I distinctly recall my mum putting on an old Triple J’s Hottest 100 CD, with the renowned flute melody from Nosebleed Section playing in the kitchen. In primary school, we used to send Hilltop Hoods songs via
Read more
CultureMusic 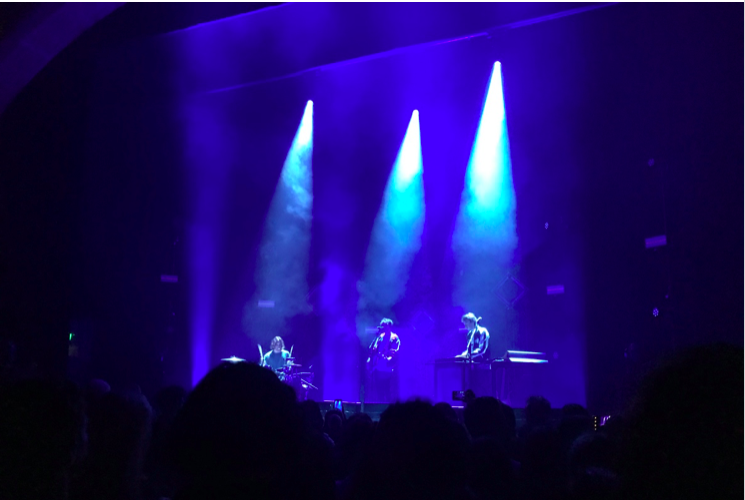 Crooked Colours released their sophomore album, Langata, just over a week ago. And judging by the crowds’ response on Sunday night at The Forum theatre – it has been received very, very well. Over the past few weeks, the Perth indie-electronic trio consisting of members Philip Slabber, Leon De Baughn, and Liam Merrett-Park, have played shows as far down south as Hobart, and then headed west to Fremantle, followed by Brisbane, Coolangatta, Sydney, and now completing their Melbourne run of shows, with their Saturday night being sold out. Although last night didn’t sell out, there wasn’t a spare spot on
Read more
CultureMusic 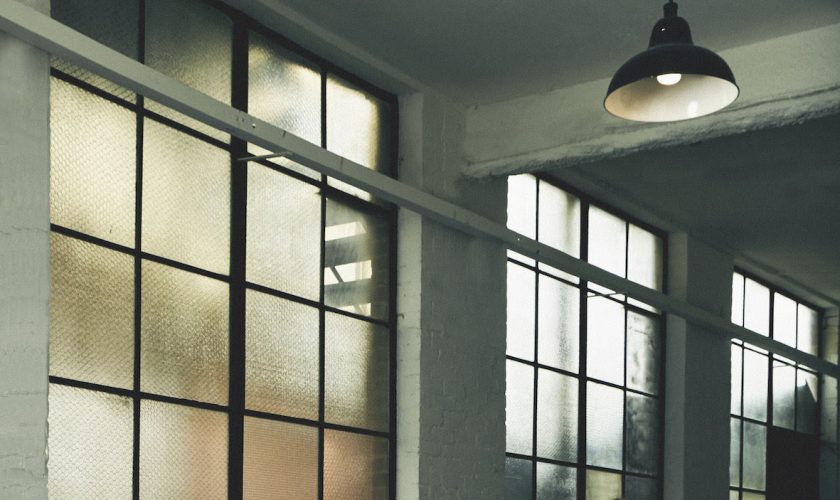 Perth born electronic trio, Crooked Colours, have released their much awaited sophomore album, Langata, two years after their debut album, Vera, which was released back in 2017. The trio consists of members Philip Slabber, Leon De Baughn, and Liam Merrett-Park, who are yet another stellar act to come from Perth, Western Australia. In late 2018 and into 2019, it was clear that Crooked Colours had developed a new sound, showcasing it with the release of two songs, I’ll Be There and Do It Like You, which gave their avid following a sneak peek of what was going to come. The
Read more
Music 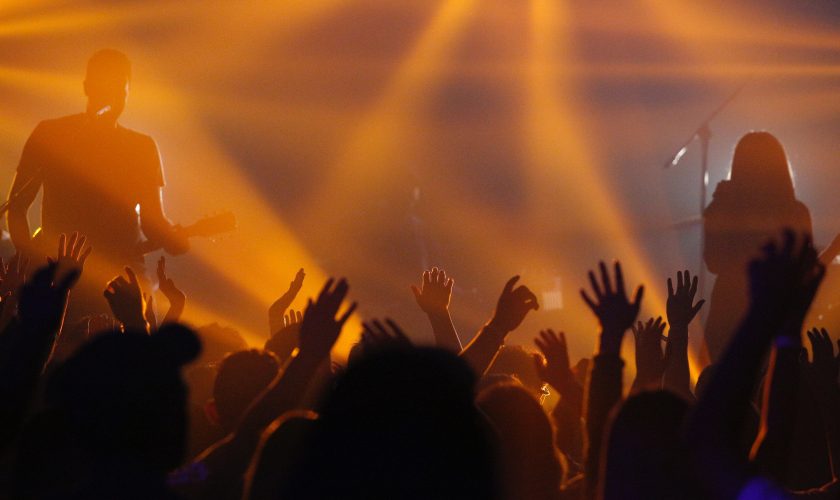 Selin Kaya writes on a number of young, emerging musicians around Australia, detailing what they mean to her, their styles, personalities, and more.   Kat Edwards – Hobart – Acoustic, Roots Sounds like: Missy Higgins, Bon Iver,Vera Blue I’d always found it difficult to unwind from the stresses of day-to-day life – usually just collapsing on my bed as soon as I got home. I tried meditation and yoga, but nothing seemed to work.  That was until I stumbled across Kat Edwards– an angelic singer-songwriter from Hobart, Tasmania - and have never felt more at peace since. Her velvety-smooth vocals,
Read more
CampusCultureMusicStudent

Listen Lot’s: What Your Editors are Listening to 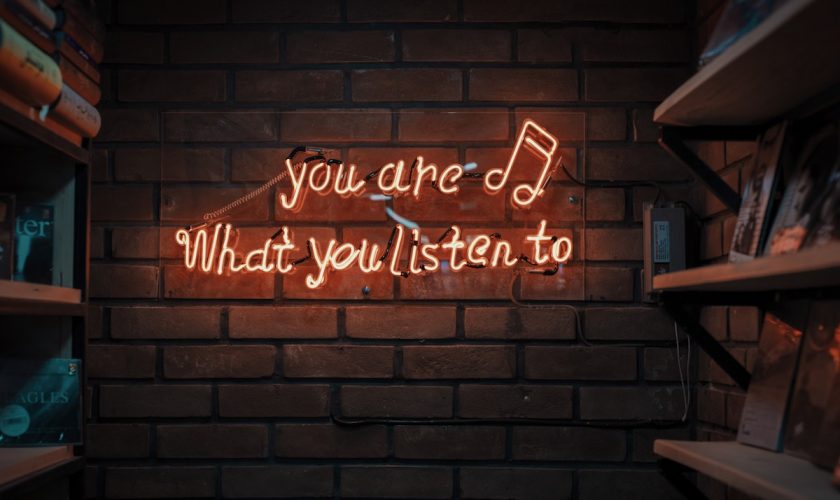 Bart Lewis A little boy from Darwin went to a couple of medium music festivals in Melbourne (See: Groovin’ the Moo) and came out with a big appetite for electronic music, recommending the stylings of Cosmo’s Midnight and Lane 8. Maybe he takes one step up this year and goes to Earthcore? Annabelle Ballard If you know a local band, chances are AB knows their entire catalogue off by heart. She showed us feminism’s answer to King Gizzard and the Lizard Wizard, aptly named Lizard Queen, as well as the queer pop band, Crystal Myth. Stop listening to those mainstream
Read more
CreativeCultureMusic

All About Me: Queer Women of Colour in the Music Industry 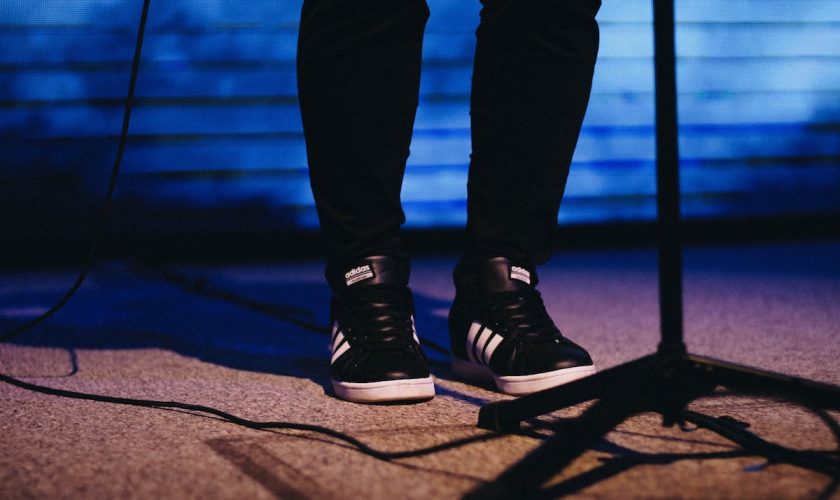 When Syd performs, there’s sly confidence in her body language as she knowingly grins and moves to the smooth soul and alternative R&B which permeates over the room like honey. The 25-year-old openly gay African-American musician (she has credits as a singer, songwriter, record producer, and audio engineer), currently fronts the Internet and has a solo music project. She initially entered the wider music scene as a member of Odd Future, an infamously irreverent and subversive hip-hop collective (members included Tyler the Creator, Earl Sweatshirt, and Frank Ocean).The paradoxical nature of the group was commented on by many critics; Odd
Read more
CultureMusic

Memories of a Festival 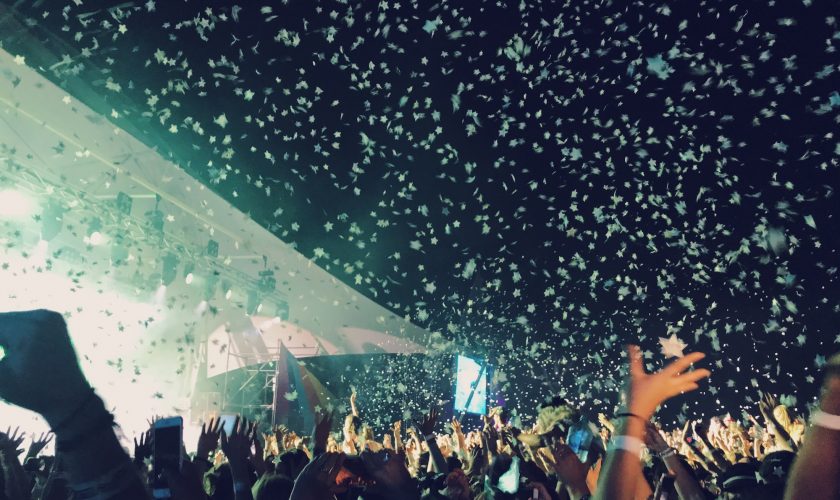 The atmosphere was intoxicating. A proliferation of smoke was brought to the forefront of my awareness by the scents of tobacco and cannabis, giving way to pungent notes of amyl, alcohol, and sweat only when carried away by an all too rare breeze.   Within the sea of people, the air was stale and warm. One could only breach the surface by standing on their toes to take a breath of anything that wasn't an odious mixture of carbon dioxide. My shoulders were pressed against five other people; personal space was a foreign concept here. I was in Melbourne, Australia, standing
Read more
CultureMusic 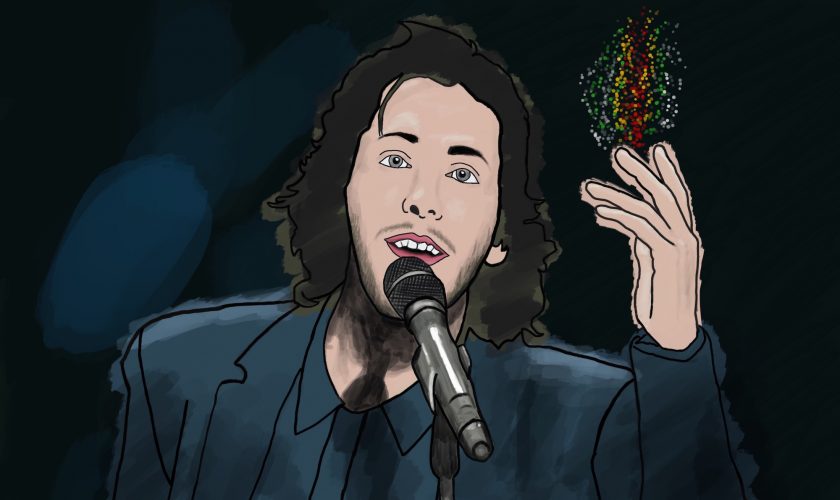