No moisturiser, no drink and certainly no lawyer.

On the afternoon following the Brexit vote I woke up in my suite on the bottom floor of the Komaneka Bisma- an expansive property on the edge of Ubud, a village in central Bali. As I woke up, I was greeted to a slow-burning pain all across my stomach and inner thighs, the previous day’s post-lunch lounge by the pool having left me with such severe sunburn that scores of empty Aloe Vera bottles lay sprawled around my bed. My journey to the shower proved difficult, pockets of green sludge unsteadied my footing and the burn had affected my quads so harshly that every step brought sharp and destabilising spasms.

There is no question that I was duped into an elaborate joke by the staff there. I was told the bottles of spray on each lounge chair side table was certified “Grade A” 50+ SPF sunscreen. In hindsight, the muck I was rubbing on my skin appears nothing more than the drained oil from bargain-bin tuna cans. Where my wintery and pasty Melbournian skin suffered dearly under such duplicity, the blonde wife of a Russian oligarch had profited greatly. On my balcony later that evening, over a quart of American Bourbon, she loudly revelled in the impending jealousy of her Moscovian sisters upon witnessing her tan. Playing the femme-fatale beautifully, she consoled me for falling into such an obvious ruse then suggested I sue the bastards for punitive damages. I sighed and explained I didn’t have access to a Balinese lawyer who specialised in these sorts of things.

As I was reeling from the shock of my egregious overconfidence in the power of hotel-provided sunscreen, the world too was recovering in a similar manner from United Kingdom’s vote to get out of the EU. None of the King’s Court soothsayers anticipated such a decisive victory for the Leave camp, over a million votes favoured a Fractured Kingdom over a United Europe. What was framed by the Brexiteers as an opportunity to precipitate a renaissance of the United Kingdom, has unsurprisingly yielded the exact opposite result. In the hours since the vote, all that’s clear is that the entire contemporary European and Global political narrative will have to be rewritten. British political elites have begun sharpening their knives for what is sure to be a grand feast at the political theatre. I imagine David Cameron, having lost the vote and ultimately his Prime Ministership, has wasted no time scouring his teledex for contacts in the Cobblestone Underbelly; naturally surveying his options for retribution.

One hell of a sunburn.

A call was forwarded to my room straight from the Labor Party HQ on Collins Street. The receptionist explained that they had reversed the charges, asking for permission to put it on my room’s bill. Upon my loud and profane protestations, he put me on hold. The Australian Left believes they can get away with this sort of penny-pinching tomfoolery. The xylophonic holding music finally ceased, the receptionist stressed that the call was urgent and insisted that I accept the charges. I agreed and told him to connect me in 25 seconds, on the sole condition that my caller be subjected to the holding melody at its maximum while they waited.

I rushed over to the fridge and grabbed four dark miniatures to mix myself a drink; undoubtedly I was about to be swooned over by a secretarial hack and like shit I was going to allow it sober. The mystery caller turned out to be an old drinking buddy of mine from my brief stint at Melbourne University. He and I developed a habit of camping out at the Mahogany Room’s craps tables in Packer’s Casino. We’d spend our time there on our parents’ dollar, usually with the purpose to start revising for our politics exam scheduled for the forthcoming afternoon.

‘Kim Carr, I should’ve guessed it! You fucking snake, where do you get the gall? No doubt  extracted from the testicles of fresh-faced Socialist-Left recruits?’
‘Jesus Charlie! You are in Bali aren’t you? I’m told this resort they’ve got you in is more luxurious than Bob Hawkes’ bayside manor. You’ve got no good reason to be so strung out.’
‘Kim, ol’ darling, I know your kind don’t care much for private credit but this is some serious cheek. Charge it to the party!’
‘That’s why I’m calling.’
‘Ho ho! In a spot of trouble? Don’t tell me the next great Australian headline is going to read; Labor Heavyweight- in both figure and reported stature- uses campaign money to fund Bikie-run pooch nabbing scheme.’
‘No, no, we gave up on that enterprise in 05’ Charlie! Calm down and listen to me! It’s much worse than Bikies. Our Accountant tells me Campaign Central’s run dry of funds, they mistakenly approved the printing of four million glossed pamphlets to be sent to each marginal household in Victoria. The order was irreversible and now we owe millions to some unregistered paper supplier in Ararat.’
‘Ararat? Jesus Christ. There’s no industry there Kim, only housing for paedophiles and tourists venturing into Western Victoria on poor intel. This sounds much worse indeed. Have you spoken to your attorney? By god man … speak to the Courts! Surely someone in your Shadow Government is shutting down their sham-fucking outfit. ’
‘For the last time Charlie we don’t need your legal advice, Dreyfus has already got his best lawyer on it. I have more immediate concerns. We’ve got about eight seats that are so close you could measure the margin on Danby’s dick – without any more money we won’t just lose them to the Libs but also the op shop combing north-side seats to the Greens.’
‘Give up on em’ Kim, the bookies are saying Batman will be more bruising than Howard’s loss in Bennelong. Fuck that gaff-prone fool Feeney anyway, he deserves to lose to an academic. Cut him loose, redirect the volunteers, save yourselves a few fundraisers.’
‘This is bigger than Batman, Charlie!’
‘Alright, time for the hard-ask. Hold the line Kim, lemme anaesthetise before you close the last stitch’. I ventured back over to the minibar to simultaneously refill my drink and deliver on my New Year’s resolution to never speak to a politician while sober. *
‘I’m back Kim, go for it.’
‘Alright, I’ve already hit the Krauts, the Lebs, the St. Kevin’s crowd and even the Church but it’s not enough. They’re telling me a Porcine Magnate known to you has boarded himself up in Potts Point with a Polish dancing troupe, word is they’ve got enough cocaine on call to keep the Bolivian monopoly going for another few years. This is the break we need Charlie, the Billionaire’s secretary isn’t taking calls and you correspond with him on Whatsapp for the love of Christ. His cash that you secured for us in the 04’ election kept the Victorian chapter alive, he seemed very-’
‘He’s turned his sails to the hard-right since then Kim. The prospects of a $50 billion tax cut bodes well in his circles. I doubt he’s willing to part with so much dirty cash in this political climate. We don’t know who’s going to win this marathon fucking election. Bill’s run and Bus across Australia only succeeded in revealing his Keynesian leanings and it’s done well to alienate the Reinhart lot. More budget deficits means less income tax cuts. He won’t give up the money Kim- no matter the ludicrous coke-to-blood ratio.’

‘Charlie, the Reds may be relegated to the campuses but the Greens are thriving in suburbs. If the ALP vote crashes through in this election we’ll lose all credibility and may never recover in Victoria’. ‘Credibility? Kim, what did credibility do for King of the Con-men; David Cameron? What happened in the UK this morning is a sign of things to come; the centrists are losing their shine. We’re entering an era of extreme promises and hard consequences. These new Millennials coming through are fucking the status quo. Electoral politics is going through a once in a generation shift and the Labor Party’s primary concern is guaranteeing Shorten manages to lose 10kg in 4 weeks.
‘Charlie, shut up for a second. You don’t understand the gravity of what I’m telling you. If you don’t get this injection for us the Greens will be the only one on the beat north of the Yarra. Once they get hooked in Labor will never be welcomed back, believe me, friend. ’
‘Every call I get from you Kim, only works to hammer in this perception that Australian politics is headed for crisis. The Dam is quickly reaching breaking point; it can only sustain so many gallons of blasted tripe before it bursts. I’ll give it some serious thought and get back to you this afternoon. Does Shorten known about this?’

‘This entire call is on his instruction.’

I put down the phone with rancorous haste. His reply had deeply unnerved me. The hurried lighting of a cigarette on my balcony calmed my angst, but in that mix of smoke and Indonesian humidity emerged rapid introspection. Bill Shorten had instructed the most senior left-wing Senator in Victoria to milk his contacts for an emergency slush-fund to save Labor’s vote from a fatal and awe-inspiring self-induced wound. The immediate parallel to that morning’s Brexit vote astounded me. Cameron had used Western democracy’s most powerful structure-shifting mechanism – referendum – as a quick fix to quell party room dissent, only to fall on his sword spectacularly. Then, in Australia, the Labor party had taken advantage of a natural friend of the left, the environment, to not only wastefully produce tonnes of useless paper fucking pamphlets but to also squeeze dry the last drop of cash in Baby’s College Fund.

A phone call such as this, then in that silence when the receiver touched its base revealed something that I had not known nor could escape. I am as pained by, but persist in the political apparat as I do my sunburn. A life-time membership to the Royal Australian Political Theatre grants the commentariat unparalleled privilege over other private citizens, a privilege that dooms me to watch empires collapse and see old friends turn dirty. Such a burden it is to trade secrets in this era of Murdochracy. But alas, it puts me by pools and sends me to the tropics.

That’s all for now,

I’ve divided my advance towards the next issue with the diligence of an accomplished jurist. Half for Mint Juleps and the other for Ibogaine. No other pharmaceutical interaction could mimic the extractive capacity of a ouija board so effectively. After all, the boorish editor of the Telegraph had the cajones to run a piece on Bill Shorten and a certain Gentleman’s club on King Street. This calls for serious reflection, especially because that motherfucking Labourist hasn’t squared our debt from that evening…

*A few weeks later in Melbourne I was subjected to another lecture by my editor on the impending collapse of print media. She warned the paper’s primary budgetary expense could no longer read; “Rum and Bourbon coolers for anonymous sources”. 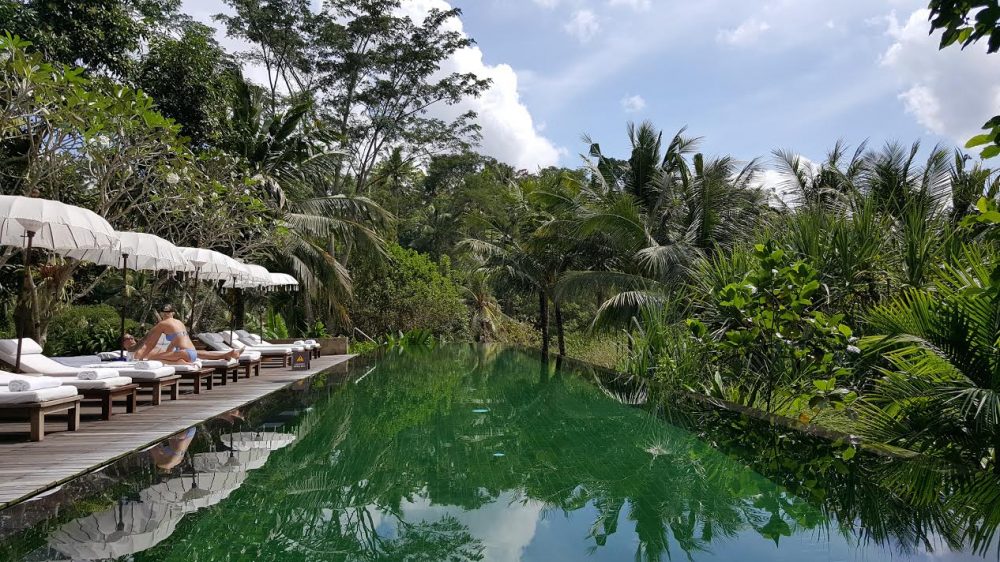 How To Be The Best ‘Modern Man’ You Can Be

Going Home: A Cycle of Self Discovery